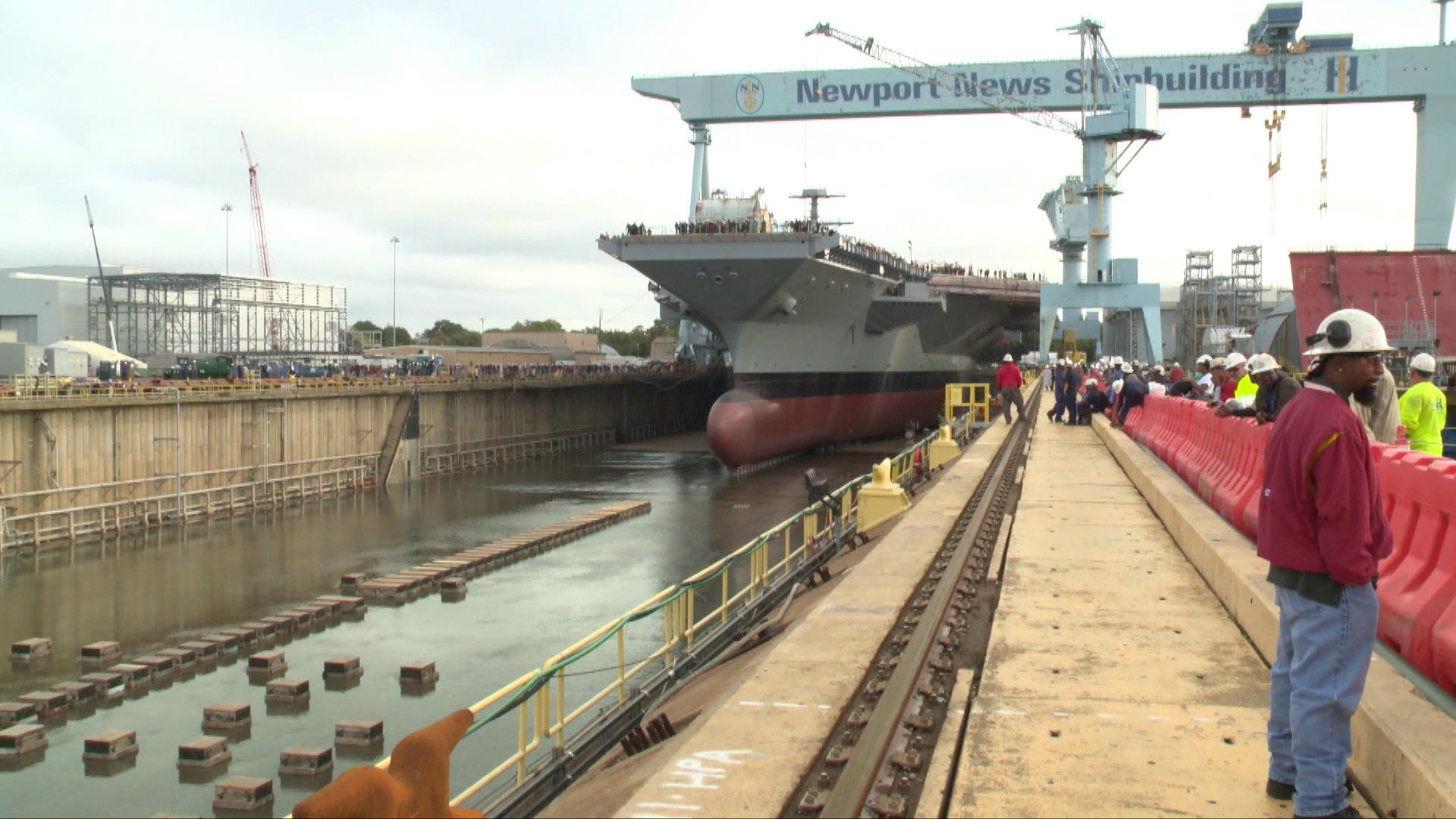 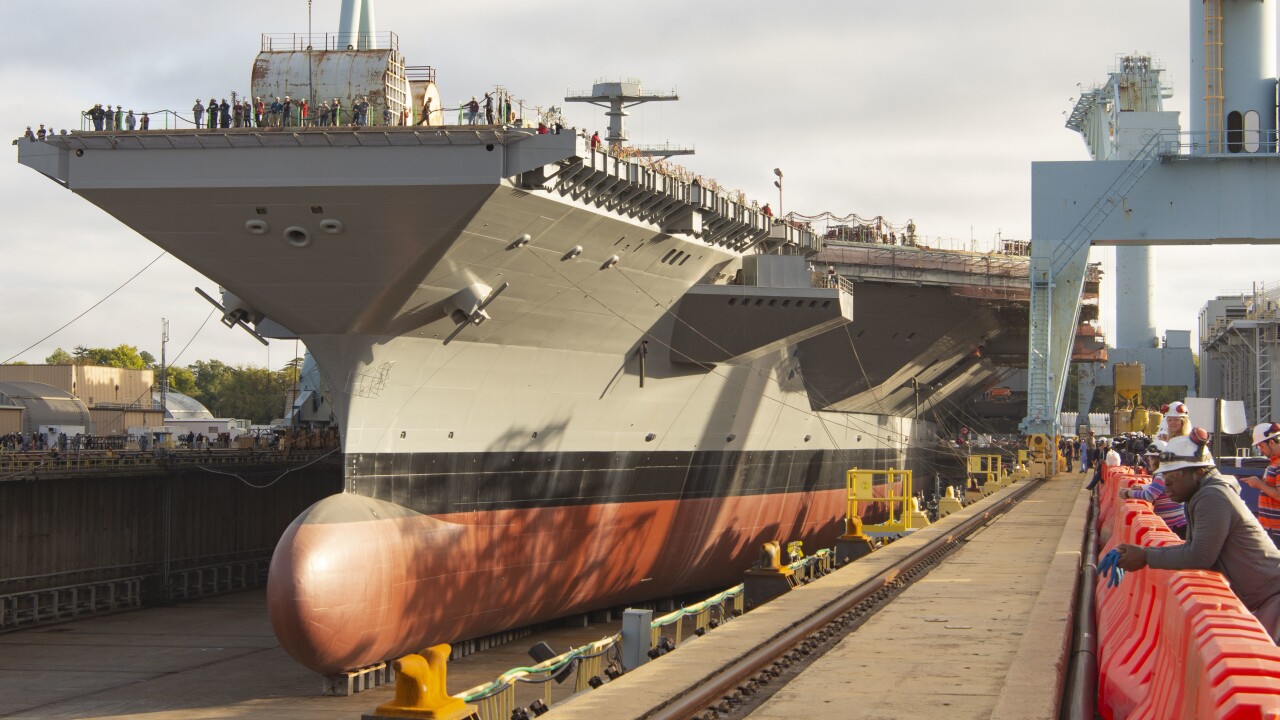 NORFOLK, Va. - The Navy says lessons learned from the first-in-class USS Gerald R. Ford are being applied to the John F. Kennedy aircraft carrier under construction to build it faster and more efficiently.

The Ford is the first new-design for nuclear-powered aircraft carriers in decades, slated to replace the current Nimitz-class.

Delays, cost overruns and issues getting new technology to work, including systems that launch aircraft and Advanced Weapons Elevators, have plagued the Ford. That has lead to criticism and finger pointing between Congress and the Navy, and at Huntington Ingalls Industries Newport News Shipbuilding, which is building the Ford-class.

191029-N-BD319-038
NEWPORT NEWS, Va. (October 29, 2019) Pre-Commissioning Unit (PCU) John F. Kennedy (CVN 79) reaches another milestone in its construction as their dry dock area is flooded three months ahead of its slated production schedule leading up to the christening of the second Ford-class aircraft carrier, scheduled for Dec. 7. The flooding of the dry dock follows other milestones, including the laying of the ship’s keel on Aug. 22, 2015, the placement of the 588-metric ton island superstructure on May 29, 2019, and the arrival of the crew on Oct. 1, 2019. Kennedy is currently under construction at Huntington Ingalls Industries-Newport News Shipbuilding. (U.S. Navy photo by Mass Communication Specialist 3rd Class Adam Ferrero)

The John F. Kennedy, CVN 79, has been under construction in Newport News since 2015. It is the second in the Ford-class. The Kennedy has hit several significant milestones this year.

In late May, the island for the carrier was lowered onto the flight deck. Last month, Newport News Shipbuilding flooded the dry dock where the Kennedy is being built in preparation for launching it soon.

When the Ford left Newport News Shipbuilding after a 15-month Post-Shakedown Availability, top Navy leadership told News 3 that lessons learned have already been applied to the Kennedy.

"Kennedy is about 3.2 million man-hours ahead of where Ford was at this exact same time in its life. So we are on an 18 percent curve there as far as learning goes," Secretary of the Navy Richard Spencer told News 3 anchor Todd Corillo.

A major area of concern has been the Advanced Weapons Elevators. There are 11 on a Ford-class carrier. Currently on the Ford, seven are moving, with four certified. The Navy expects all to be certified within the next 18 months.

"There’s hundreds of lessons learned out of Ford just out of the elevator area and they’ve been applied to the design and production of 79," Rear Admiral James Downey, Program Executive Officer for Aircraft Carriers told Corillo.

"We’ve made production changes in how we produce the doors in the elevators and we’ve built a digital twin of the elevator to prove out those changes," he elaborated.

"The issues with the elevators that we are slaving away with – when we find a fix here it’s being immediately walked over to the Kennedy and follow-on ships also. I think what you are going to see is learning put into action with Kennedy and you’ll see it out quicker," Secretary Spencer said.

Once workers finish elevators on the Ford, they are transitioning over to Kennedy, according to the Navy.

"As we work out some of the kinks on the first in class, we’re going to see the consecutive follow-ons that will be able to overcome a lot of those challenges very quickly," Rear Admiral Roy Kelley, Commander, Naval Air Force Atlantic said.

The Navy says Kennedy is coming up on 70 percent completion. The ship is expected to be christened in Newport News on December 7th.