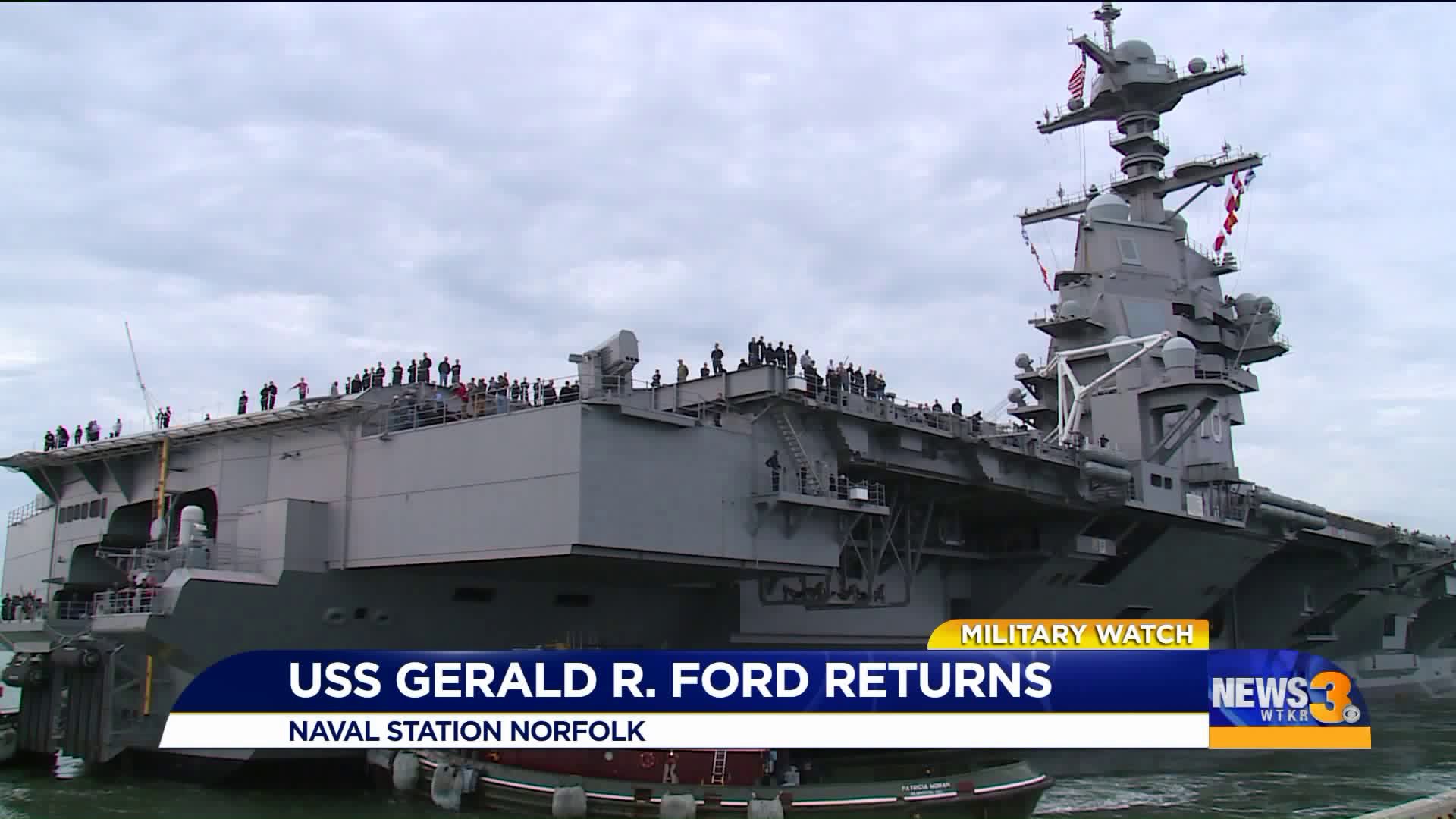 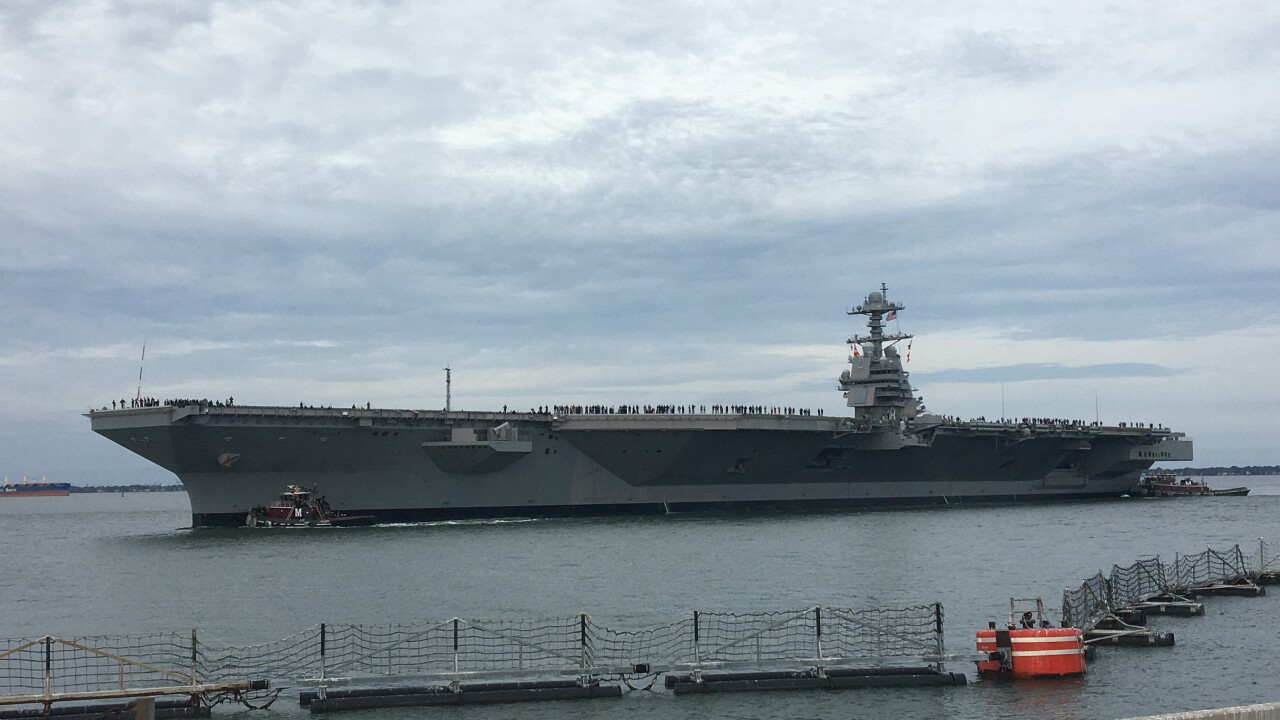 The Ford is the lead ship in a new class of aircraft carriers for the Navy. The carrier was commissioned in Norfolk on July 22, 2017.

"We had six days of very successful tests. Pretty much every test we wanted to accomplish was accomplished," Commanding Officer Captain J.J. Cummings told News 3 anchor Todd Corillo on the flight deck of the Ford after the carrier returned.

Problems with developing some new systems on the Ford, including the Advanced Weapons Elevators, have lead to increased scrutiny and criticism of the ship in recent weeks, including a back-and-forth between Congresswoman Elaine Luria and Secretary of the Navy Richard Spencer.

During the availability in Newport News, maintenance and upgrades were performed on systems including the propulsion plant, Advanced Arresting Gear and the weapons elevators.

Rear Admiral James Downey, Program Executive Officers for Aircraft Carriers, says he expects all the elevators to be working and certified within the next 18-month phase for the carrier.

They will also begin certifying the flight deck soon with flight operations expected to begin in early 2020.

"We’re really going to now qualify this ship with every type series that’s going to fly on it, so we’re going to learn about those efforts. I would say the overall scope of that and the pace of it will be our biggest challenge – that’s a worthy challenge," Rear Admiral Downey told Corillo.

Captain Cummings says Sailors are motivated and energized after leaving the shipyard and are excited to be trailblazers for a new class of carriers for the Navy.

"Everything on our ship is different. A lot of times we get a lot of Nimitz-class thought put upon the ship, which doesn’t work. We are manned differently, we’re designed differently, we operated differently. So, every day is a challenge for us as we try to chart our way through this uncharted waters," he said.

The Navy expects the Ford to split its time pretty evenly between training evolutions at sea and work in port over the next 18 months. 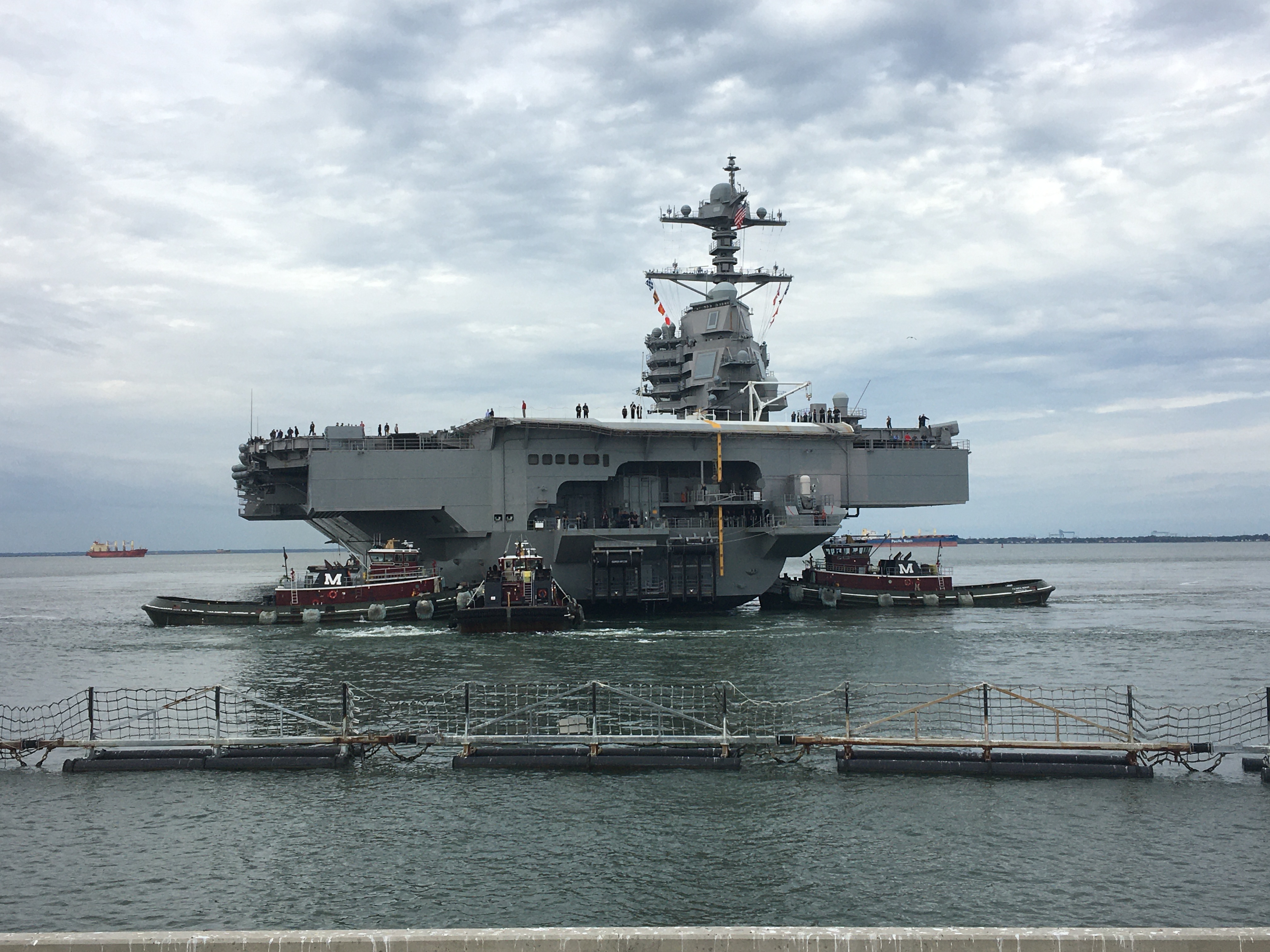