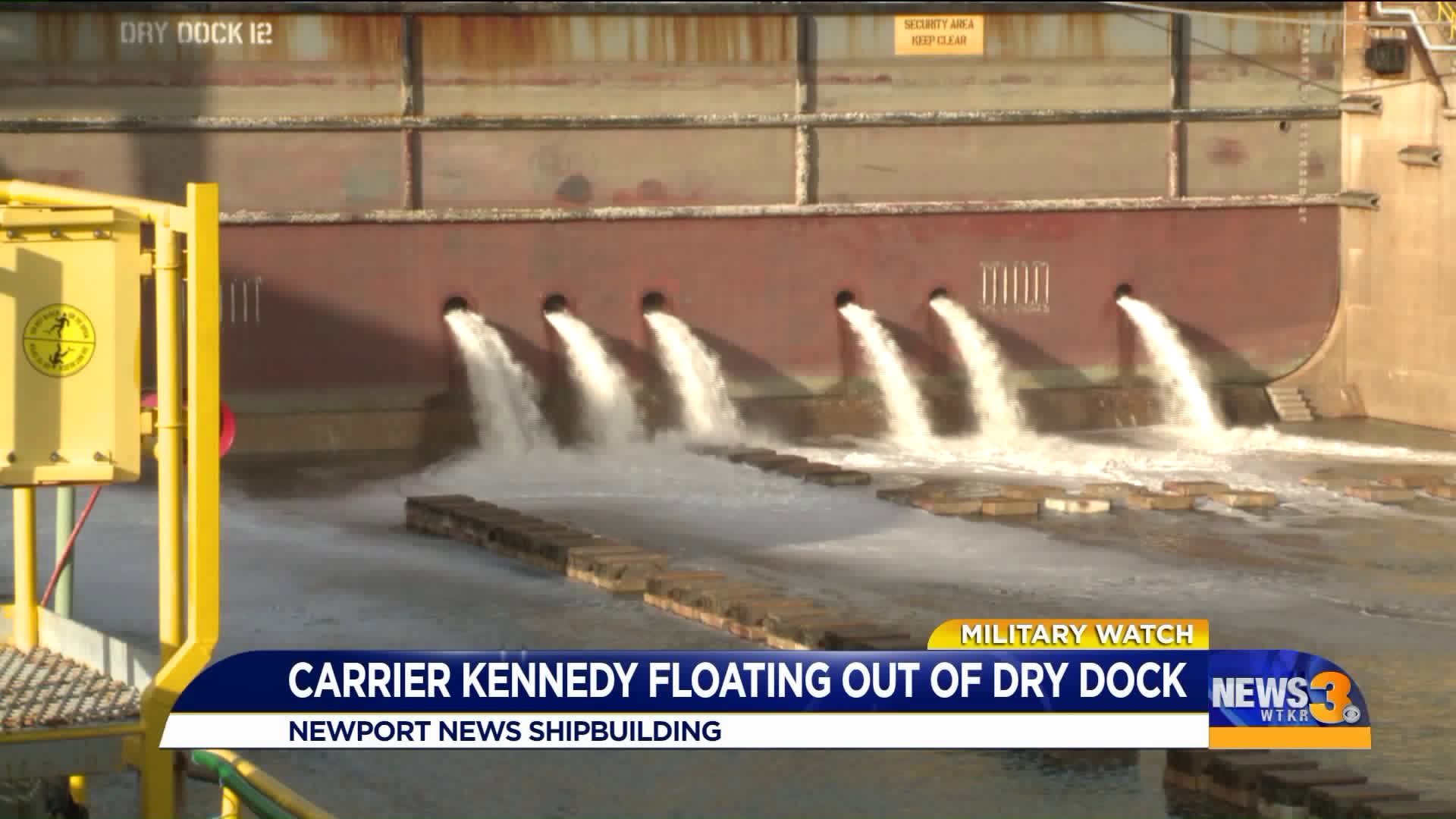 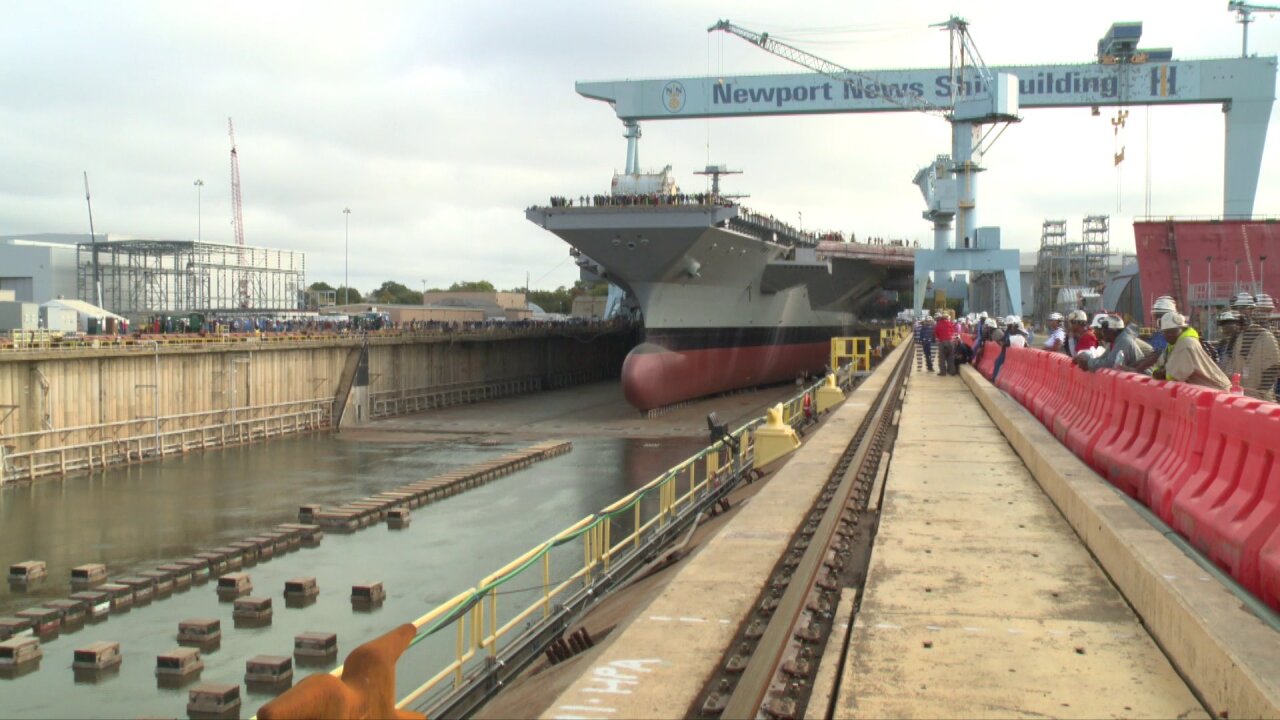 NEWPORT NEWS, Va. - Work continues to bring the next Ford-class aircraft carrier to life in Newport News and it reached an important milestone Tuesday.

The John F. Kennedy, CVN 79, has been under construction since 2015 at Newport News Shipbuilding.

Tuesday, shipbuilders began flooding Dry Dock 12 where the ship is being built. It is a big step in bringing the carrier to life.

Earlier this month, the Kennedy officially established a crew. 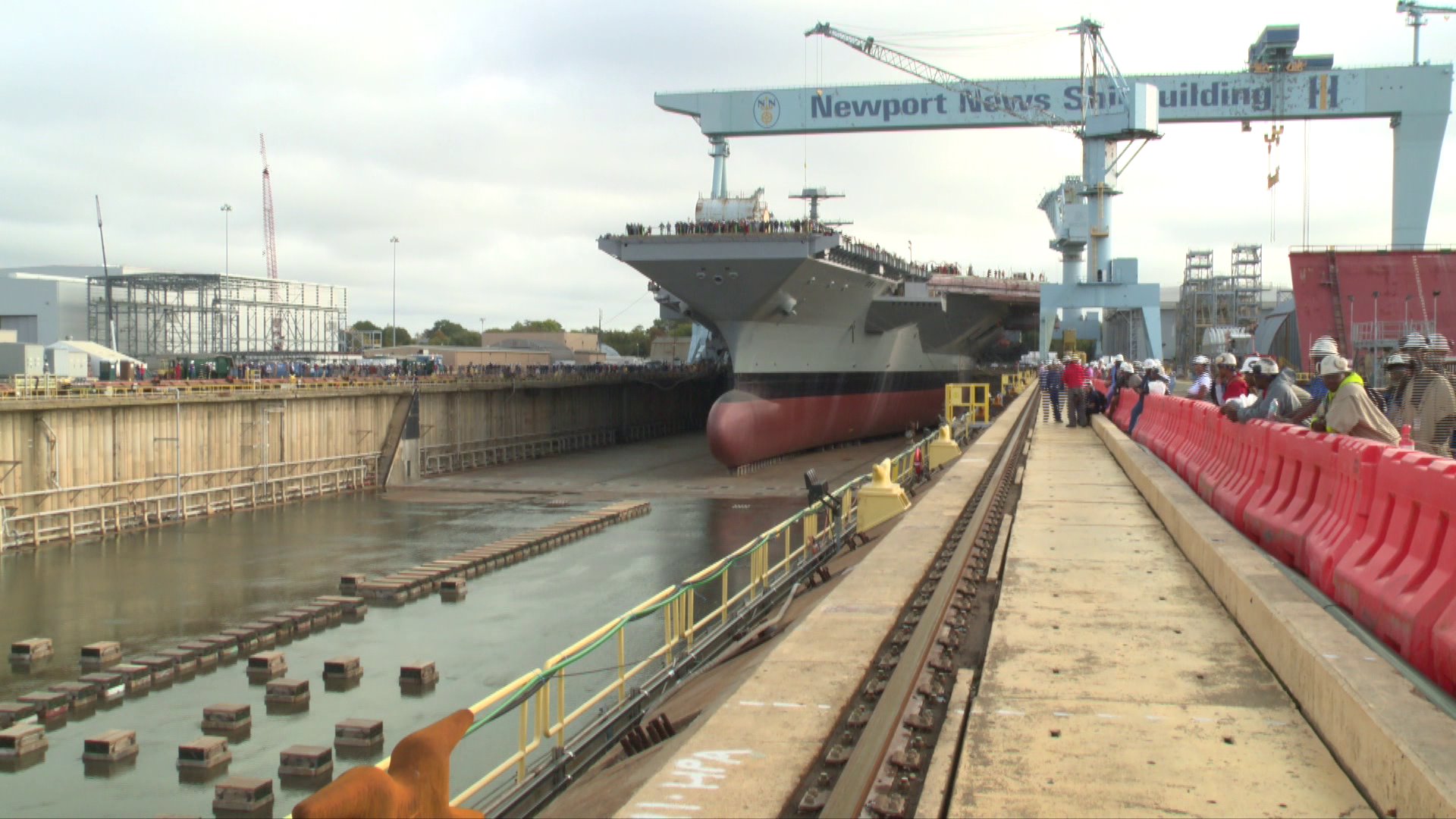