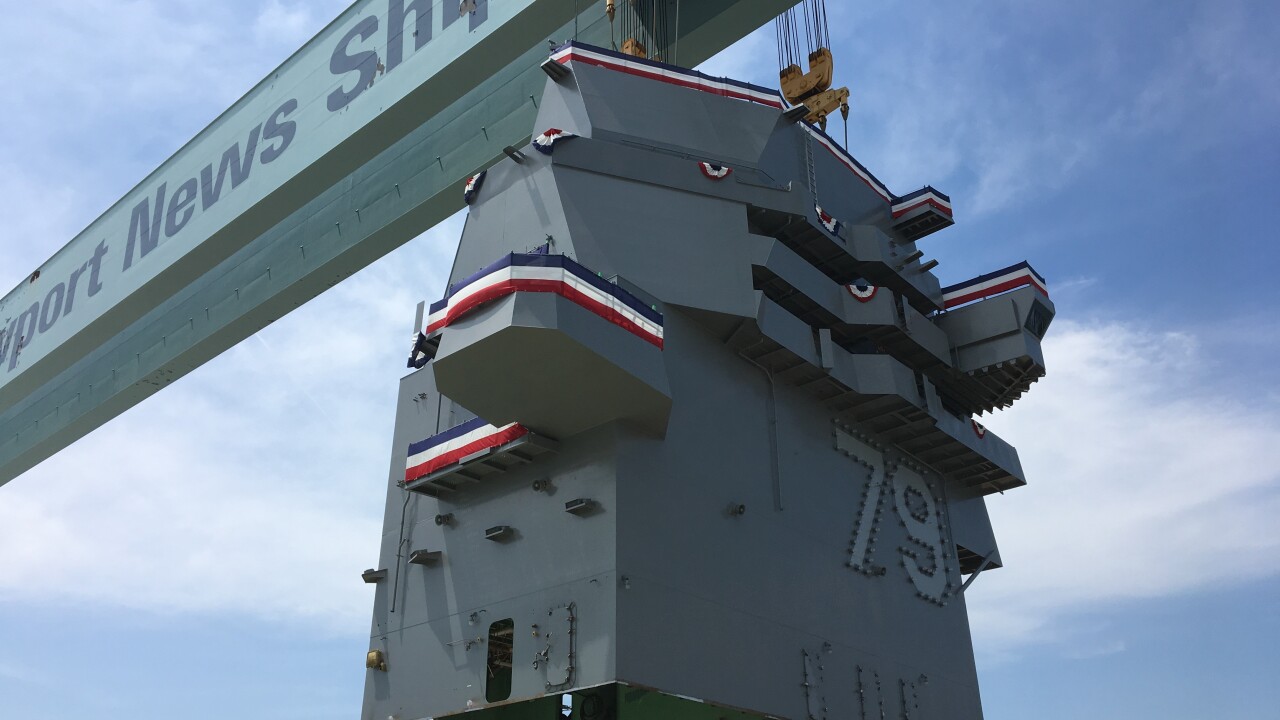 Lifting and placement of the multi-story island onto the flight deck of the carrier John F. Kennedy (CVN 79) (Photo by Todd Corillo) 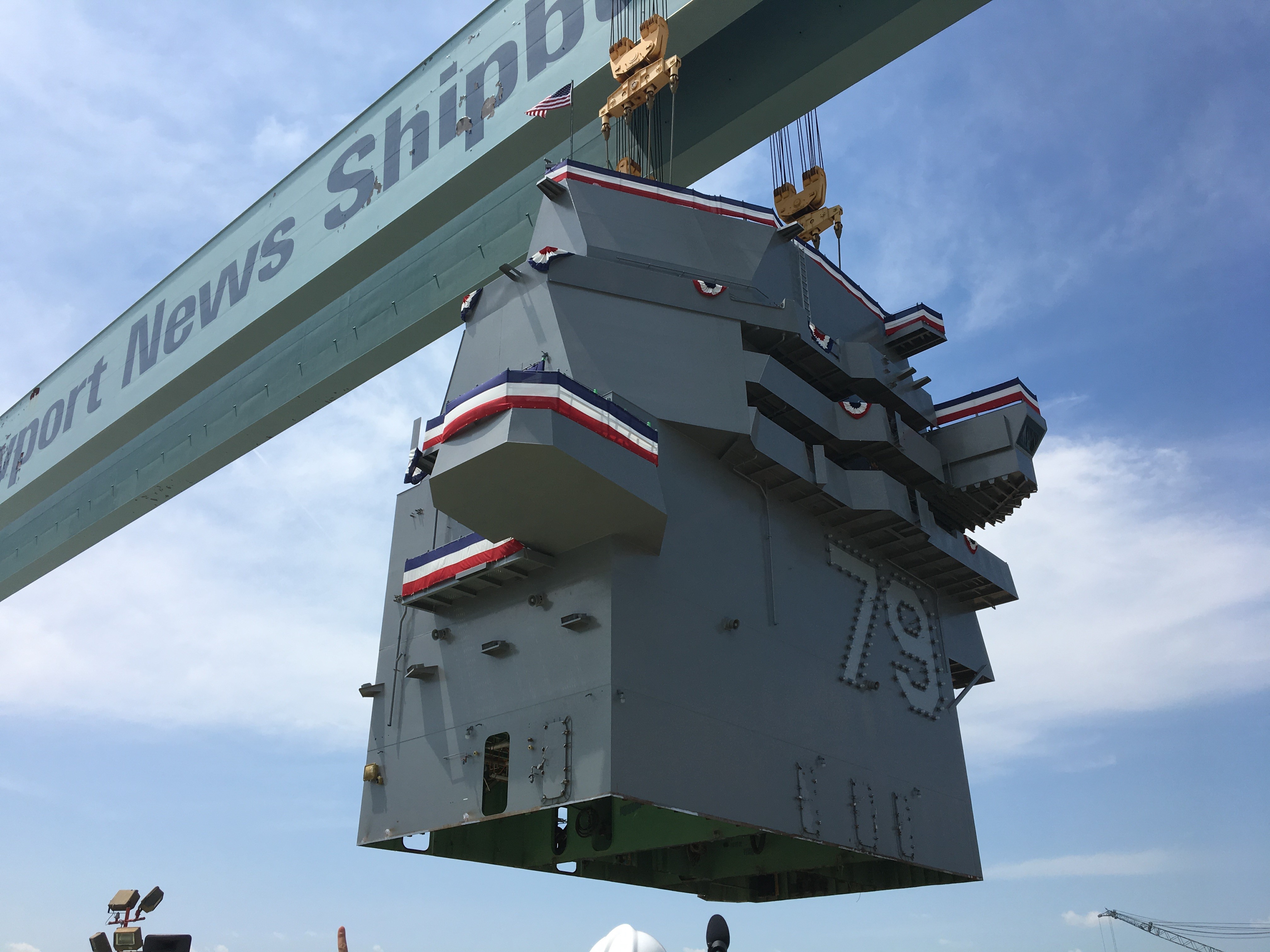 Forty-three Sailors assigned to the PCU attended a special ribbon-cutting ceremony Tuesday  in Newport News, establishing the ship’s crew and opening the building where they will work during the ship’s construction.

“Today, we celebrate a truly historic event,” said Capt. Todd Marzano, Kennedy’s commanding officer. “It marks the grand opening of building 608, where we will work out of until our spaces on the ship are ready for us. Additionally, it marks the official stand-up of our command, and I couldn’t be more excited, more motivated and more honored to be standing with you here today as we make naval history.”

“Today is a huge milestone,” Marzano said. “We are now one step closer to accomplishing our mission. We will deliver to the fleet a combat-ready aircraft carrier, manned with properly-trained warriors, in support of our nation’s needs. We’ll have a lot of hard work ahead of us, a lot of challenges, and a lot of long days, but with our skills, talents and dedication, we will be successful in building the best command in the United States Navy.”

Many attended the event, including Information Systems Technician 1st Class Chandler Ragland, the first Sailor to be assigned to the Kennedy.

Despite the current small size of the crew, productivity amongst Kennedy’s Sailors is already high.

“Every member of the crew that’s come in after me has put forth everything they’ve got,” Ragland said. “I don’t see people turning down tasks and saying, ‘No, that’s out of my realm.’ They’re always willing and ready to lend a hand and get the mission done. Everyone has the same work ethic, and it’s a long road, but we’re going to keep charging down it.”

A forward-leaning work ethic is rudimentary to the future success of the Kennedy. The prowess and determination demonstrated by the Kennedy’s Sailors will lay the keel for future milestones.

“These Sailors have been screened and handpicked due to their outstanding professional records,” said Marzano. “Big Navy realizes the tremendous challenge and hard work we have ahead of us in standing up an aircraft carrier. It’s great for me as the CO, because I get a true Ateam of folks. One of my messages to the crew is the importance of ensuring that we establish a positive command climate and healthy culture from the start. The culture we create will be baked into the steel of the ship and will last for many, many years to come.”

The event concluded with the observance of colors and a cake cutting.

PCU John F. Kennedy is the second aircraft carrier in the Ford class; it is currently under construction at Newport News Shipbuilding.