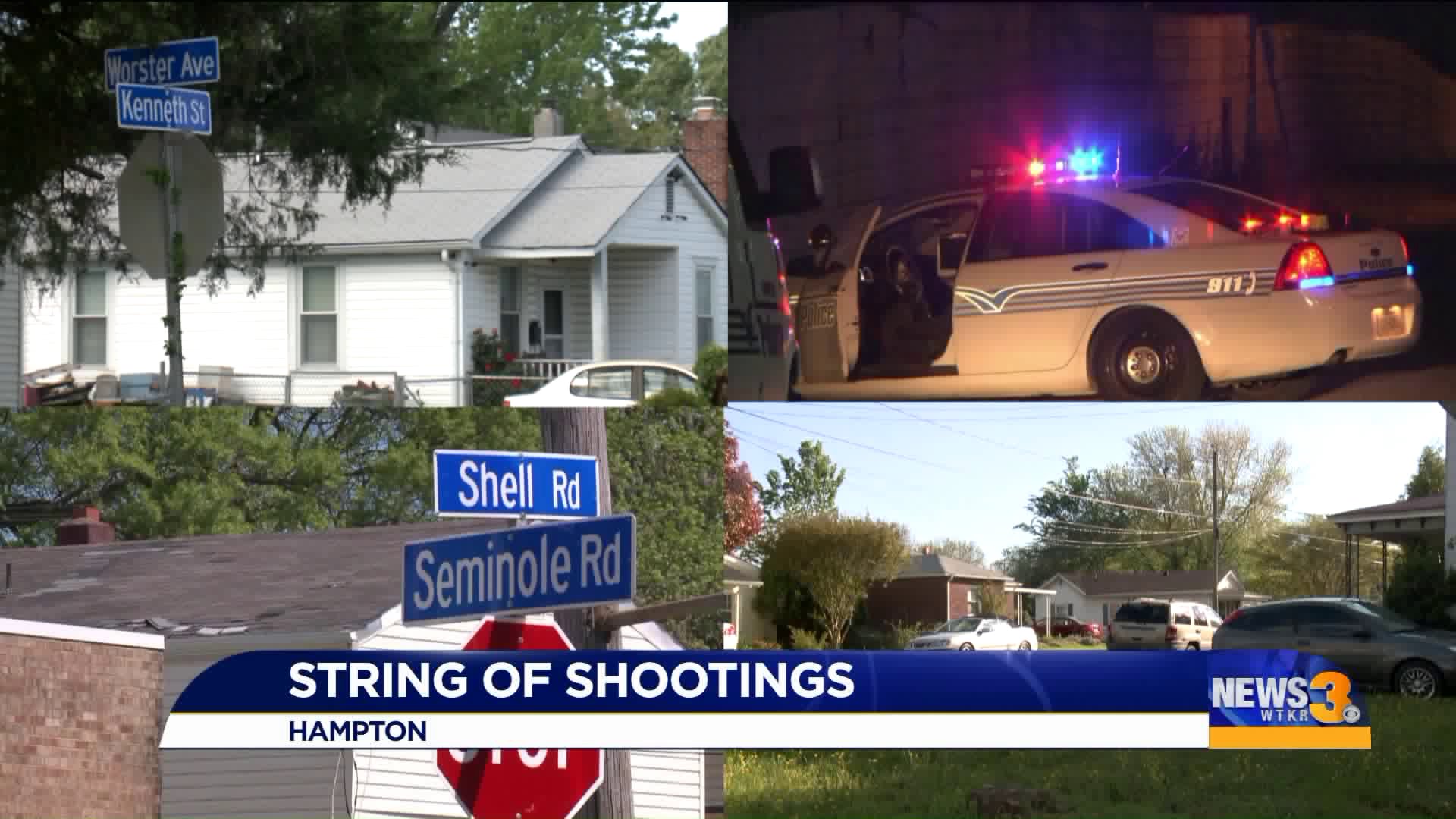 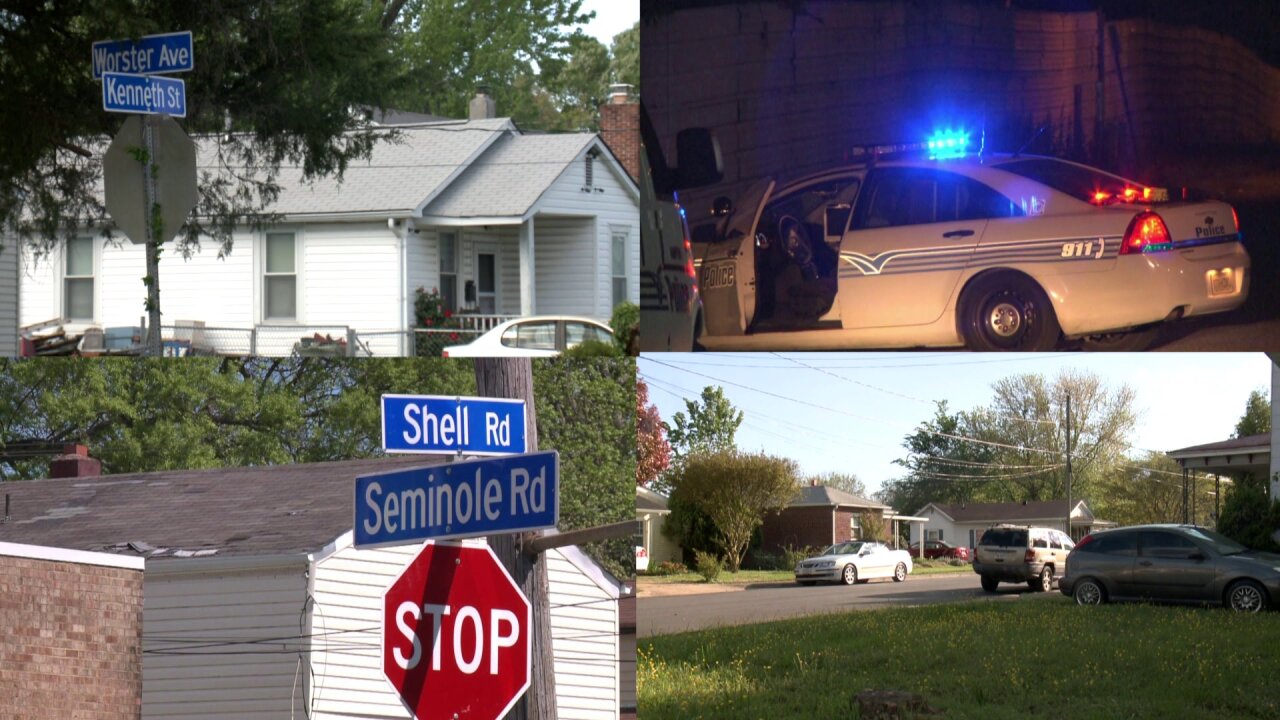 HAMPTON, Va. - One man is dead and three other men are in the hospital after a string of shootings in Hampton over Easter weekend.

Police are working to find out what spurred the violence in each situation, but right now they say none of the shootings are connected.

The first shooting happened on Clay Street near E. Mercury Boulevard. An 18-year-old was shot inside his home Saturday around 4 a.m.

The shooter shot through a second-story window. Several bullet holes surround the window where the victim was shot while he was sleeping.

The victim’s mother says she rushed him to the hospital; he’s expected to make a full recovery.

And less than 10 hours later, the third shooting also happened on Shell Road - this time near Seminole Road. A man was shot around 4:30 a.m. on Easter Sunday.

A woman who lives nearby didn’t want to be identified but says the sound of multiple gunshots woke her out of her sleep.

"You could hear cars speeding off, and then that’s when I came in - I looked out the window, and you could just see the people leaving from the street. You could see just the cars scattering," she told us.

The most recent shooting in the city happened Sunday afternoon, just after 2 p.m.

Police have arrested 65-year-old Anthony Leon Bernard in connection with the incident. He’s accused of shooting a 43-year-old man.

Moses Higgs lives in Hampton and says shootings are all too common.

"I hear gunshots all the time down Shell Road, so... I mean, you get used to it," Higgs said. “People need guns to protect themselves, but sensible people - not people that are emotional."

All of the surviving victims are in stable condition.

Police are now looking for the public’s help to solve these cases.