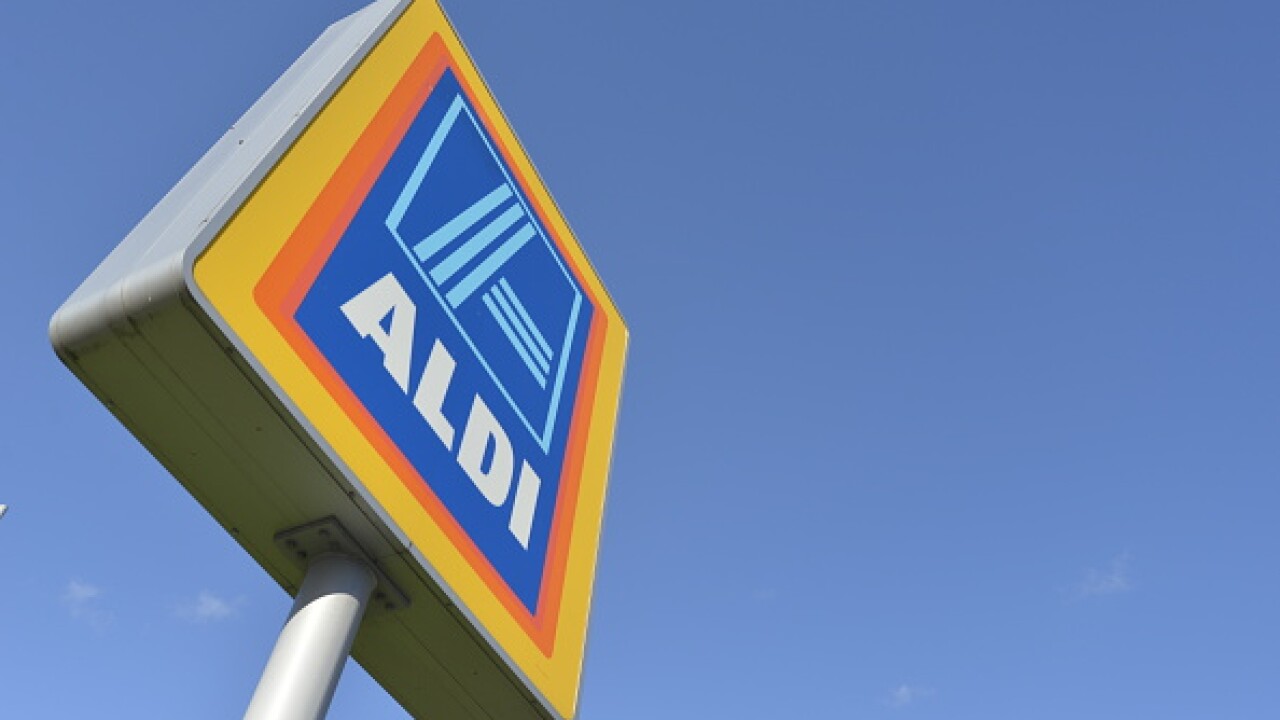 An Aldi lorry trailer displaying the companies corporate brand colours and phrase on Friday 29th May 2015 in Manchester, UK. — Aldi is a leading global discount supermarket chain with over 9,000 stores in 18 countries, and an estimated turnover of more than ?50bn, according to sources. (Photo by Jonathan Nicholson/NurPhoto) (Photo by NurPhoto/NurPhoto via Getty Images)

SUFFOLK, Va. – ALDI will hold a grand opening event for its first Suffolk store on Thursday, giving shoppers a chance to win a year’s supply of free produce through a sweepstakes.

At the 7:30 a.m. opening at 1920 Main St., the first 100 customers will also get a Golden Ticket giveaway, which is separate from the sweepstakes.

The Suffolk store is part of an ALDI expansion that includes $3.4 billion in U.S. expansion to 2,500 stores nationwide, from the 1,750 it has currently. The expansion project will be ongoing until 2022.

The German based food company is partially expanding because of its competitor LIDL, another German based supermarket company, which is growing into a competitor for them in the U.S.

Both companies are investing in the U.S. grocery market as retail stores and grocers, such as Farm Fresh and Wal-Mart’s Sam’s Club stores, have been closing.

LIDL and ALDI are both expanding in the U.S. because of the bare bones approach they have to shopping and the use of store branded items over carrying named brand products, is something both companies think will hit home with american consumers.