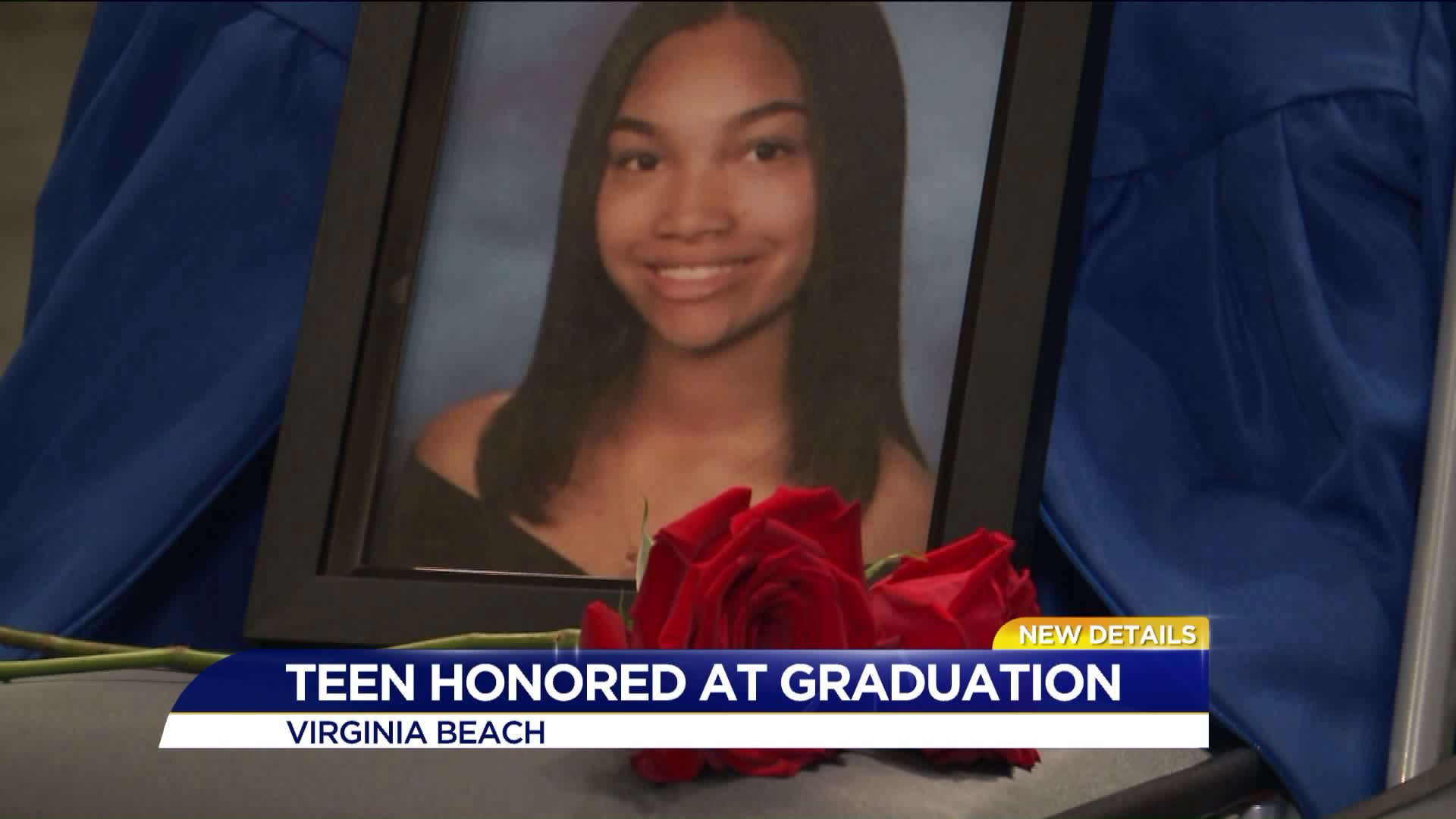 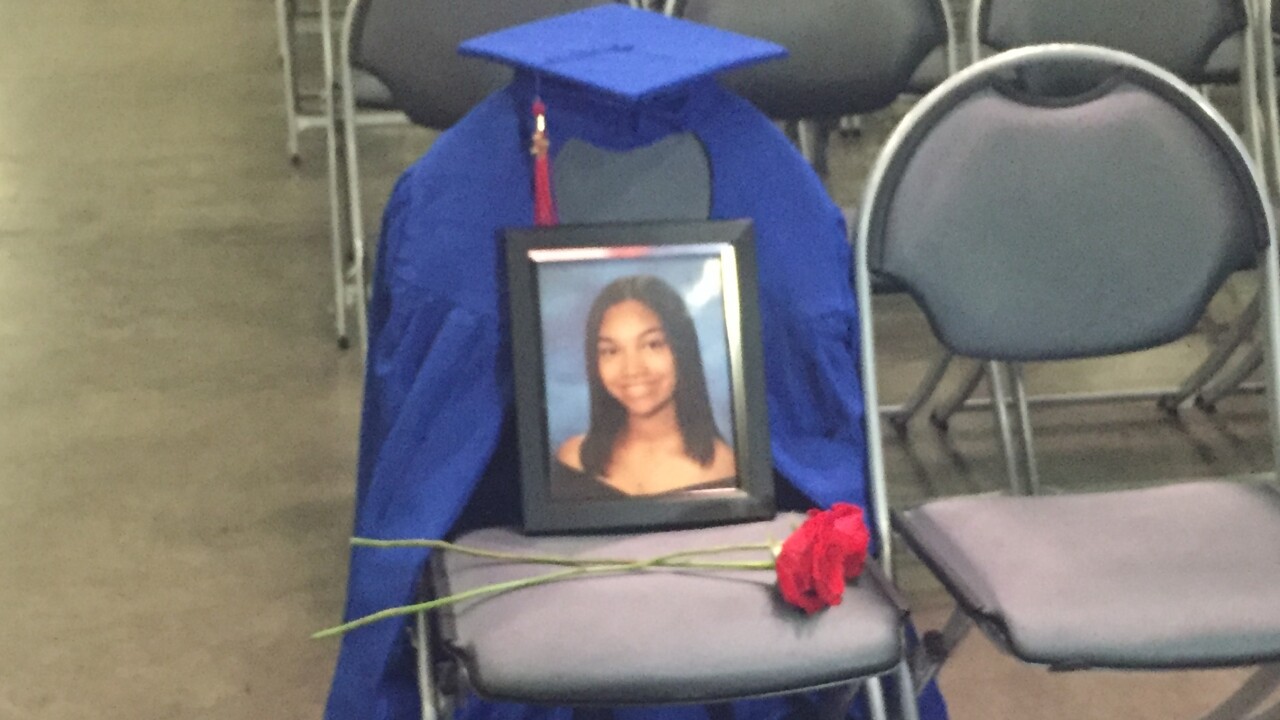 VIRGINIA BEACH, Va. - A Kempsville High School senior, killed in a shooting back in January, was honored at today's high school graduation.

An empty chair, with Sidea's picture, along with a cap and gown, was in the front row ahead of all of the other students.

"She said to me, Grandma, we got 120 days to go and I said we're going to make it, not knowing my baby would be taken away from me," says Patty McPherson, Sidea's grandmother, who attended her graduation with a big group of loved ones.

The graduation was help at 1:30 p.m. at the Virginia Beach Convention Center.

Back on January 14, just before 10 p.m., Griffin walked into the hospital with a gunshot wound and died shortly after.

Police charged 17-year-old Ethan Torres with second degree murder, attempted robbery and use of a firearm in commission of a felony.

In a May court appearance, a man claiming to be Griffin's boyfriend testified that the night she was killed, he arranged to sell Torres 10 grams of marijuana.

He claimed that Torres did not have enough money for the drugs and instead of giving the agreed amount, which was $100, he said Torres pulled out a gun and pointed it at the couple.

Griffin's boyfriend said he was able to push the gun away, get Torres out of the car, and drive off.

However, he said Torres shot at the car as they drove away. His car window was shot out and Griffin was hit in the back.

He drove Griffin to the hospital, where she died.

"A lot of us would have wanted to give up, but Dea wouldn't want us to give up, so that's why we're standing here today," says McPherson. "She just touched so many people.

The Kempsville High School senior class president acknowledged Sidea's chair and asked for a moment of silence in her honor during the commencement exercise.

Sidea's family says they wanted her graduation to be a day of celebration, as difficult as it was to be there without her.

"Her joy and her heart, she cared about everybody, everything," says McPherson. "We're truly going to miss her. We do miss her."