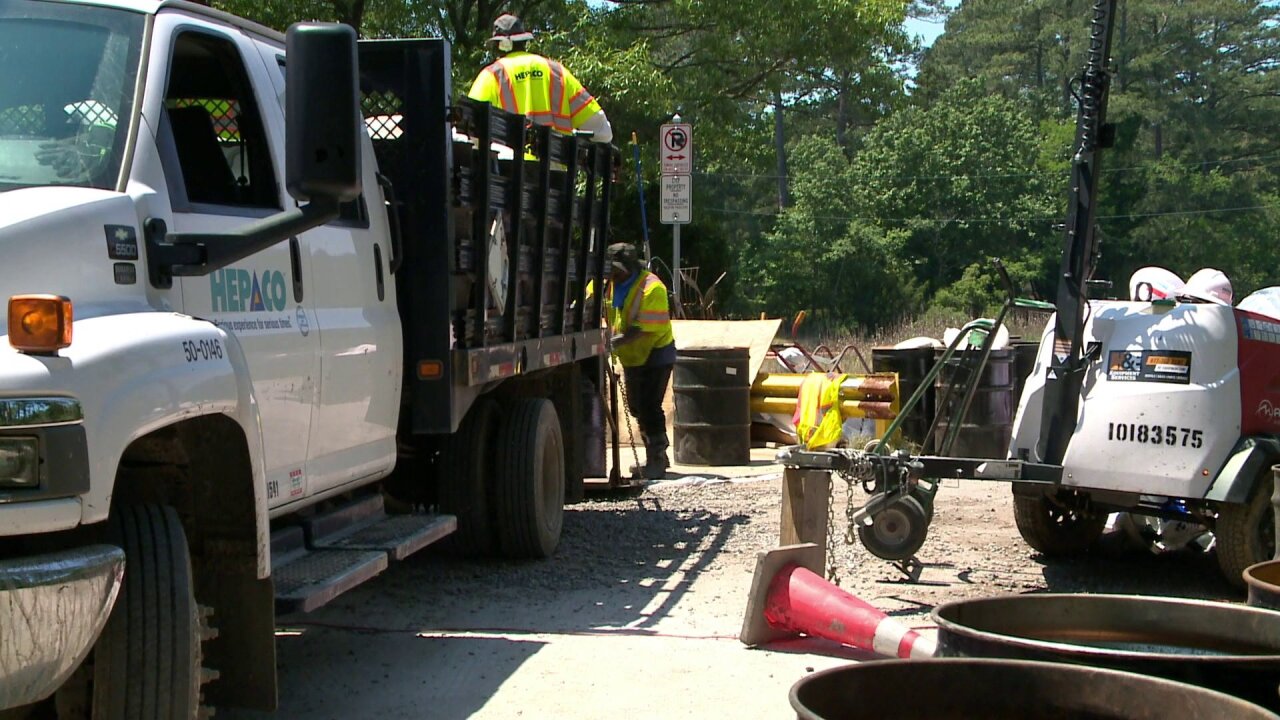 Workers have been working around-the-clock to clean up the 94,000-gallon spill

VIRGINIA BEACH, Va. – U.S. Navy officials say they believe the jet fuel spill at Naval Air Station Oceana was caused by a fuel switch in the wrong position during a tank refueling.

The 94,000-gallon spill was first discovered Thursday, May 11 and closed down London Bridge Road until Sunday, May 14.

On Friday, officials held a briefing to discuss the latest updates on the investigation and cleanup efforts.

Workers have been working around-the-clock to clean up the 94,000-gallon spill

While the official cause is still under investigation, initial indicators point to a mishap during a tank refueling that occurred on Wednesday, May 10. Officials say a fuel switch was in the wrong position, which caused fuel to flow into a small 2,000-gallon tank instead of into one of three larger 880,000-gallon tanks. Once the capacity of the smaller tank was reached, the fuel overflowed for several hours. The Navy is still investigating how the switch was in the incorrect position.

The spill was discovered on Thursday, May 11 around 6 a.m.

A total of 94,000-gallons of JP-5 jet fuel spilled; 25,000-gallons of which went off NAS Oceana and into the nearby community. The Navy said Wednesday, May 18 that 80 percent of the spill had been removed.

Approximately 200 homes in the Nottingham Estates and Cheltenham Square neighborhoods have been affected. Those residents have been given the option to stay at a hotel, courtesy of the Navy, while the cleanup continues. As of Friday, 48 residents and families have requested temporary relocation.

The Navy says they do not believe anyone has been exposed to any major health risks and all readings from the Environmental Protection Agency are at normal levels.

As far as property damage is concerned, the Navy says they’re still assessing.