Waterside District opens to the public 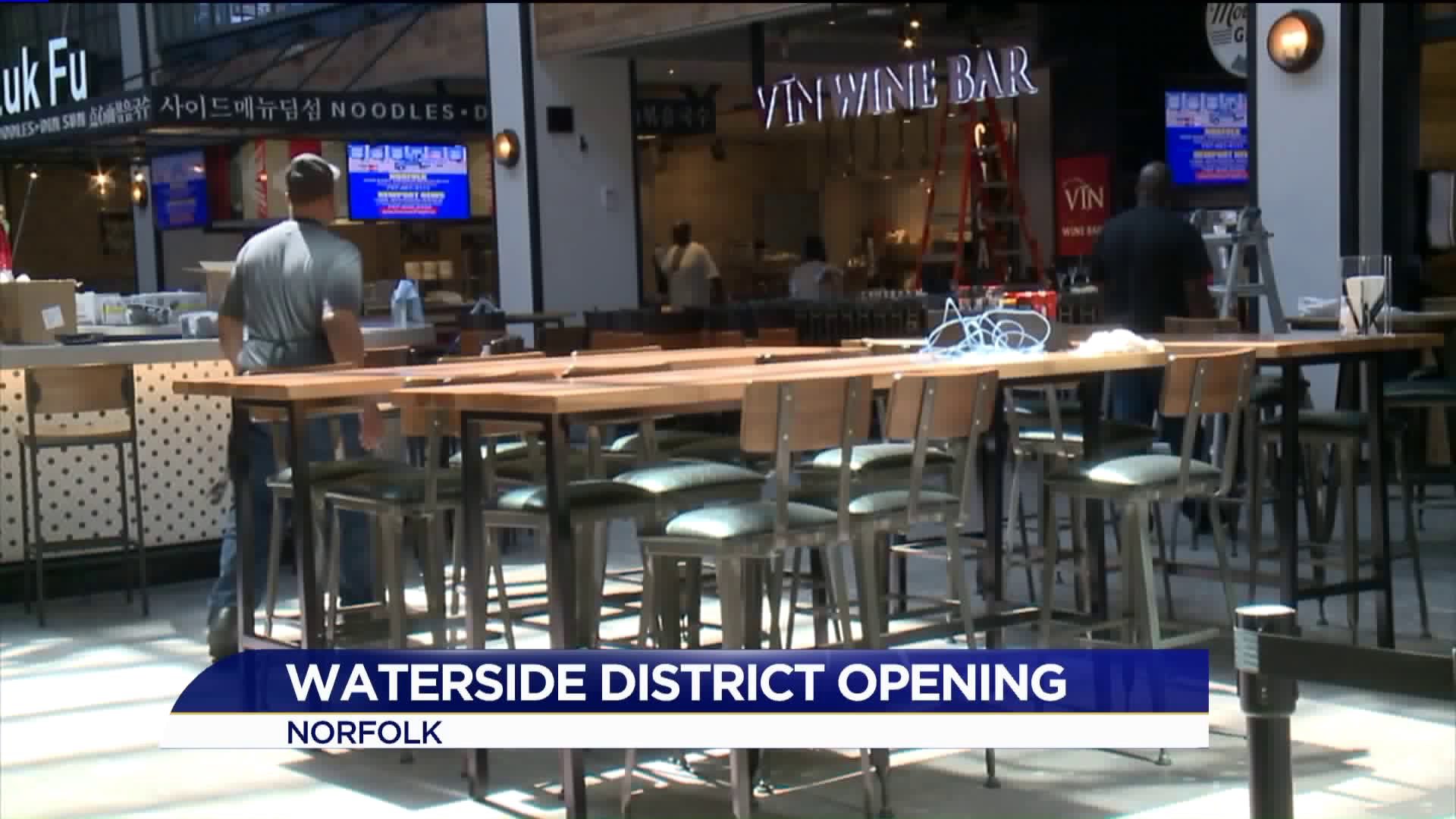 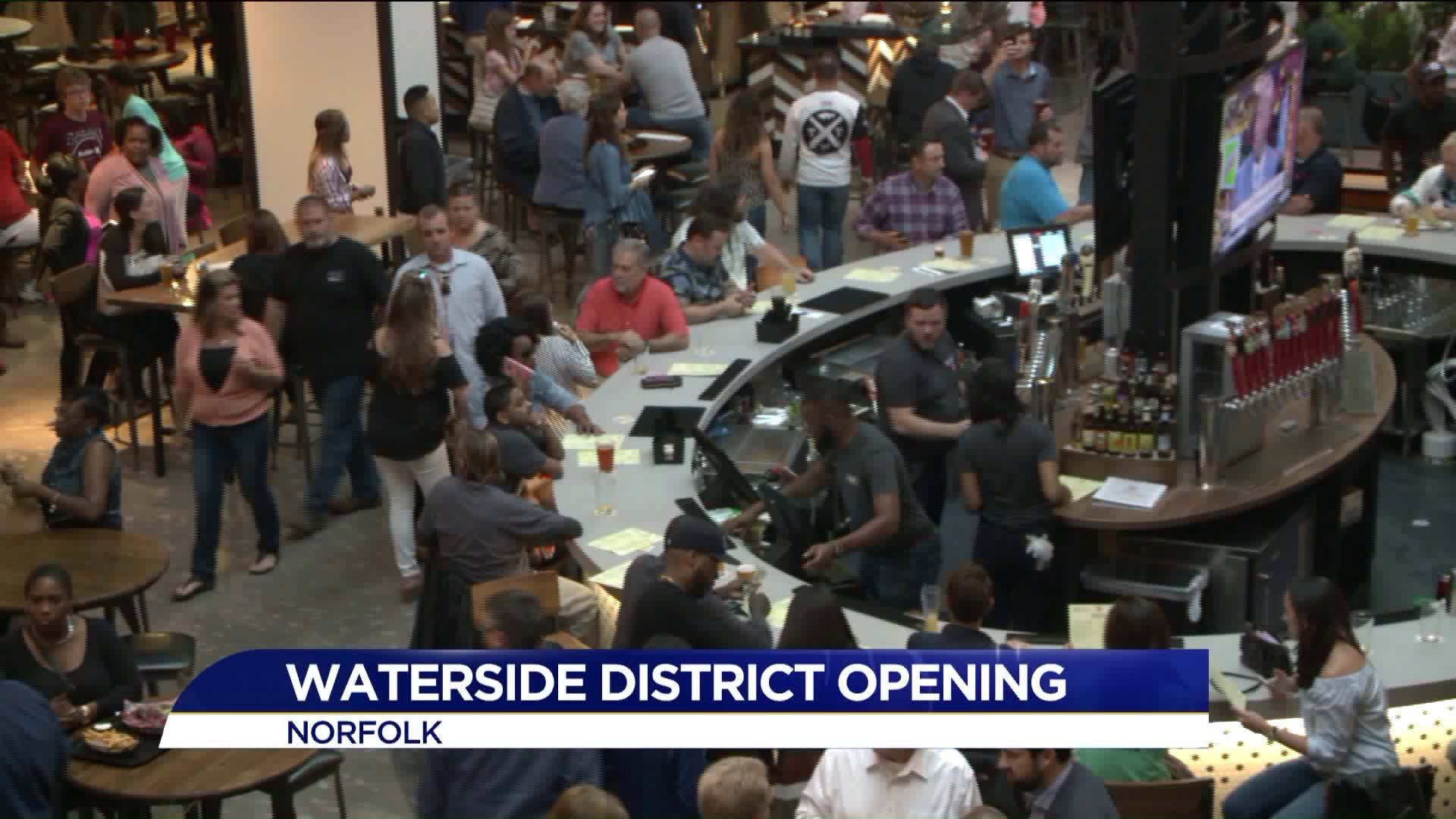 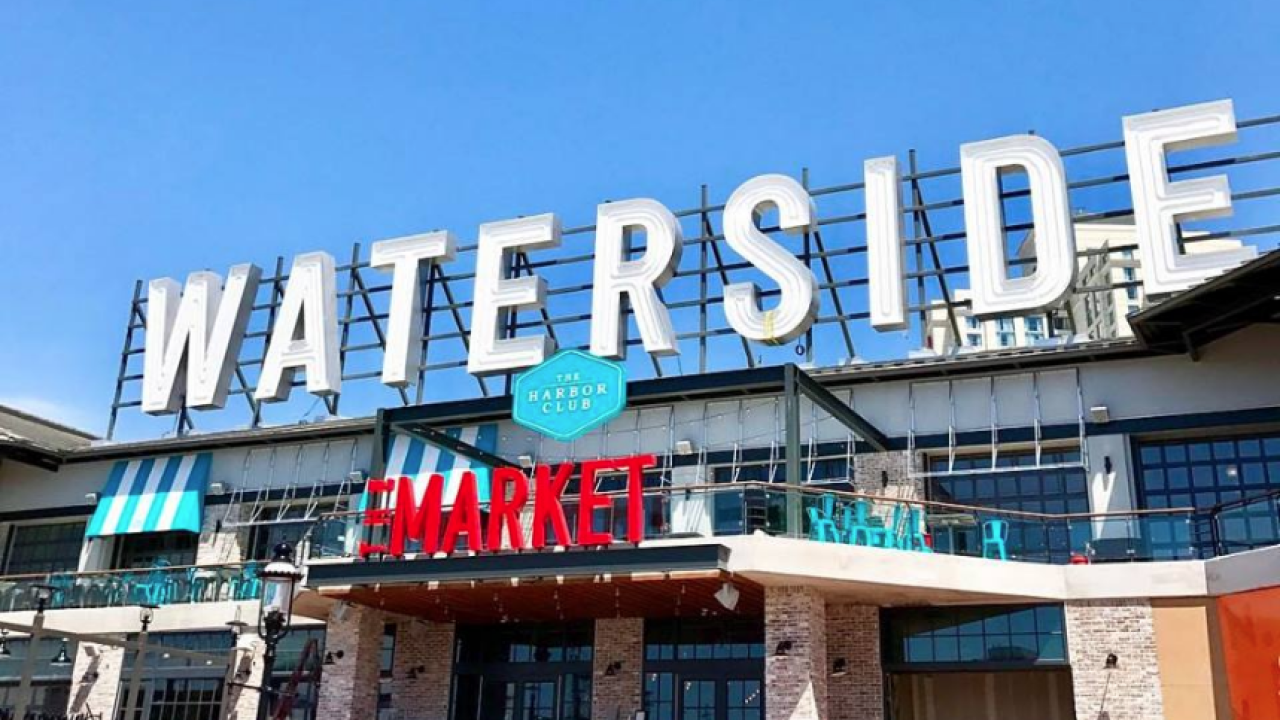 People are expected to see 130,000 square feet full of eateries, bars, and breweries!

While the grand opening isn't until May 11, the majority of the restaurants and dining options will be open and ready to serve guests, including The Market, Blue Moon TapHouse, PBR Norfolk, Guy Fieri's Smokehouse, Harbor Club, and The Fudgery.

The Market is the 30,000-square-feet heart of the Waterside District and features multiple options for food and drinks like the Starr Hill Market Bar, Rappahannock Oyster Company, Cogan's Pizza, The Local, Luk Fu, The Mix, Rocky Mountain Grill, Norfolk Coffee and Tea Co. and VIN.

Other projects, like Striper's Waterside and Chipotle, will open later this year.

Chipotle is coming to the new Waterside District!

Waterside District opening in two weeks: What you need to know