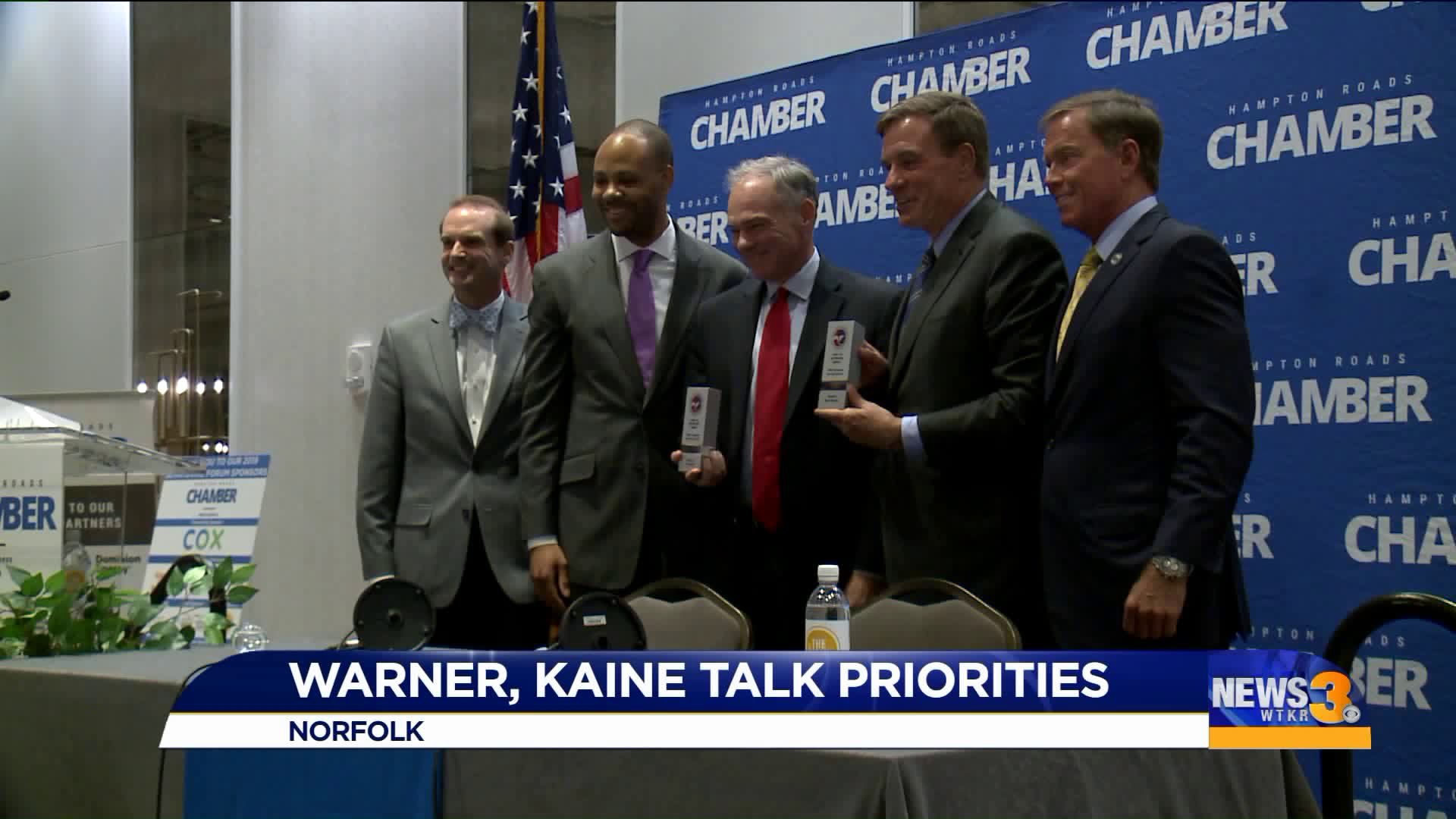 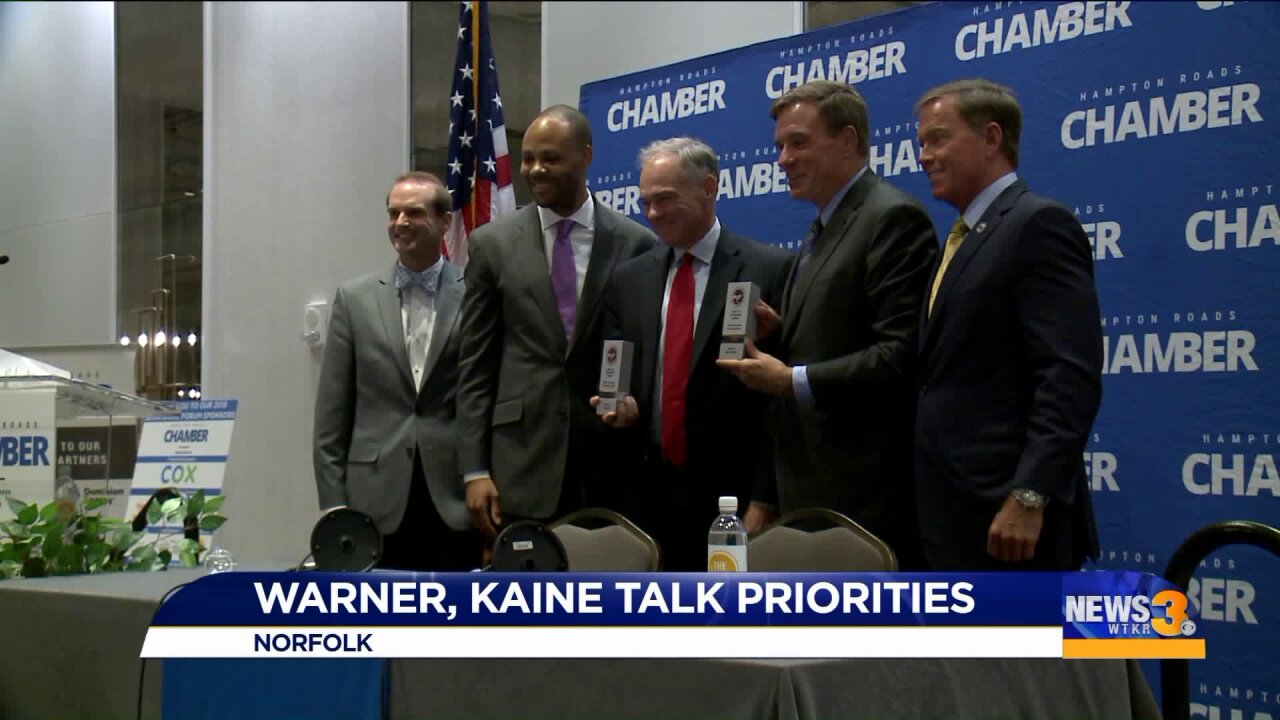 NORFOLK, Va. - Senators Tim Kaine and Mark Warner expressed worry the U.S. economy could be heading for a recession amid the ongoing trade war with China.

Stocks took another big fall on Friday as President Trump called on U.S. businesses to "immediately start looking for an alternative to China." Earlier in the day, China announced new tariffs on U.S. products.

"I am very worried," Sen. Warner told News 3 after an event in Norfolk on Friday.

The two spoke before the business community at a Hampton Roads Chamber event. Both agree China is a problem, but think the U.S. needs to work with other countries in addressing them.

"This president tends to do everything on his own and that means the trade war with China is dramatically hurting, for example, Virginia farmers," said Warner.

The two released a joint statement following Friday's event. "While the U.S. must absolutely crack down on China for its illegal trade practices, we can’t afford to do so in an incoherent and erratic way. Today’s announcement shows once again that the Trump Administration’s bizarre trade policies destabilize the economy, put the livelihoods of many Americans at risk, undermine global stability, and fundamentally fail to hold China accountable for its unfair practices," they said in the statement.

President Trump has stayed optimistic on the economy. "The Economy [sic] is strong and good," he wrote in a tweet.

The Economy is strong and good, whereas the rest of the world is not doing so well. Despite this the Fake News Media, together with their Partner, the Democrat Party, are working overtime to convince people that we are in, or will soon be going into, a Recession. They are.....

During Friday's event, the two updated business leaders on their work in Washington, including on military housing issues. Local families have been complaining of problems like mold at their privately managed military housing. Both Senators say a soon to be passed bill will provide relief.

Sen. Warner also said he's finally seeing progress on the implementation of the Ashanti Alert Act. President Trump signed the bill into law late in 2018, but Warner has since complained of a lack of progress and communication from the Dept. of Justice in getting the alert working.

The law creates a nationwide alert for certain missing adults. It's named after Ashanti Billie, a local college student, who was kidnapped and murdered.

"I finally got the attention of the Department of Justice," Warner said. "They made a commitment that they will roll this out."