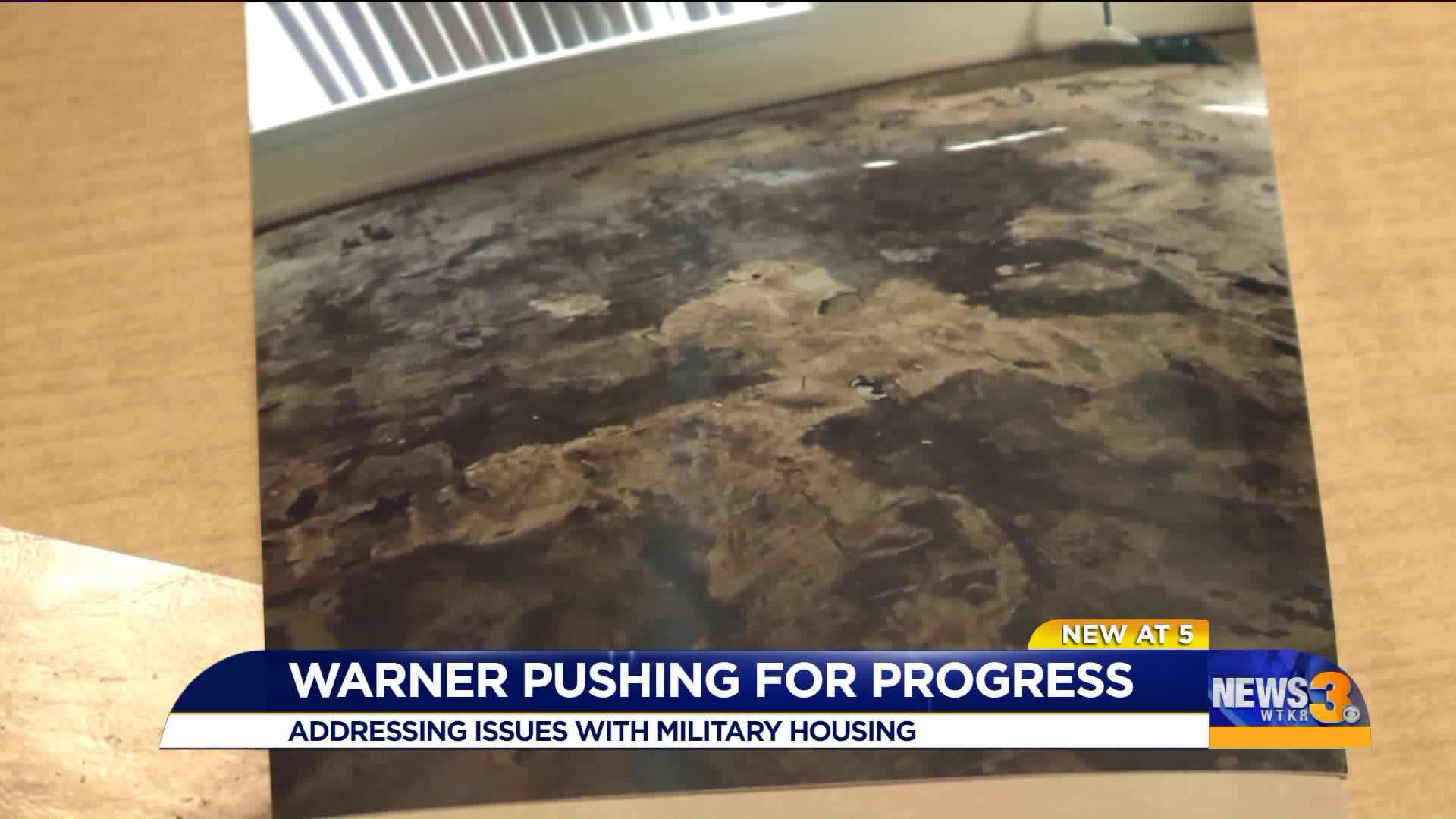 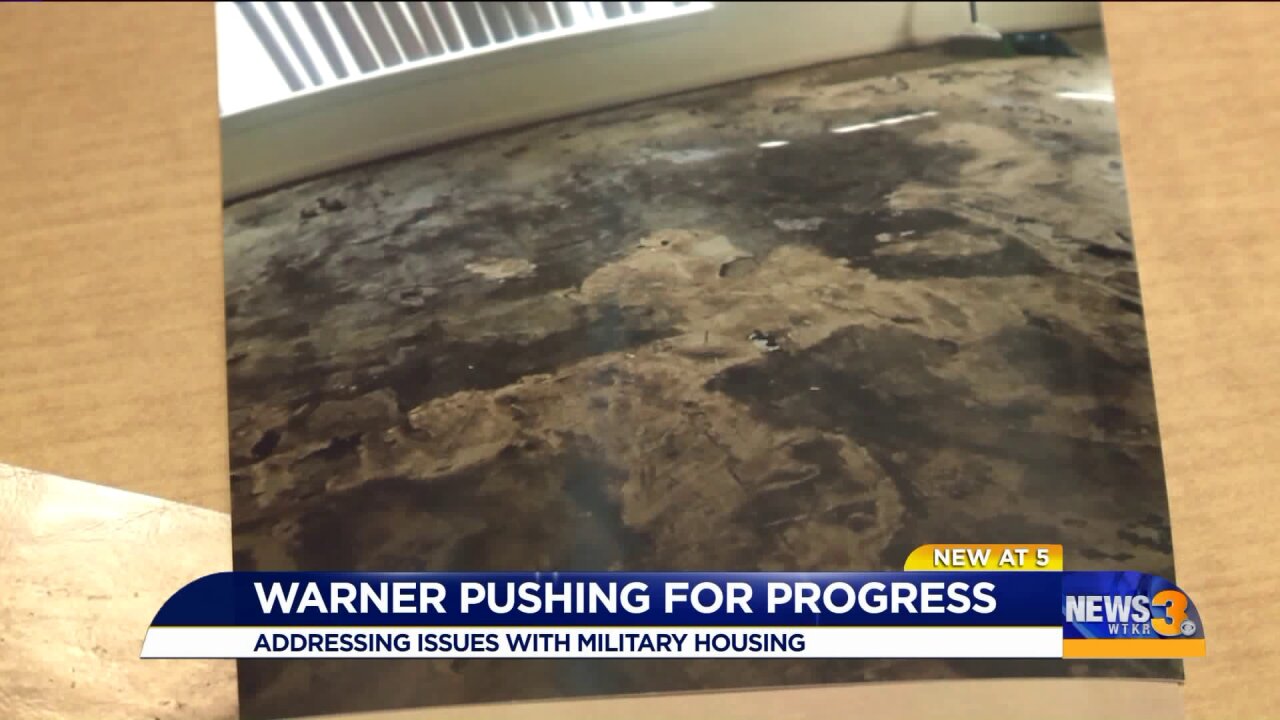 During a forum on Thursday, military families detailed their issues with their private military housing, saying they deal with mold, water damage and more.

"This past year has been hell," said Savannah Beagles, a Navy wife who has been living at a Lincoln property in Virginia Beach. "It's wrecked pretty much every aspect of our life and affected it."

Sen. Warner held another forum in March and was back to check on progress, but says the Navy and Lincoln haven't provided enough specifics into what they're doing to address the problems. "I can't believe that we brought the Navy and the contractor and they knew this meeting was coming and they didn't have better answers," he said.

News 3 has been reporting on issues at Lincoln Military Homes for nearly a decade. In 2011, dozens of families came forward to detail how their homes were filled with mold. "It's an embarrassment that we're back doing this again," Warner said on Thursday.

Rear Adm. Chip Rock said the Navy needs better policy guidance to help address the problem. "We are trying to come to grips with this quickly because I hear what you all are saying," Rock told the group.

Jarl Bliss, the president of Lincoln Military Housing, said his team is working on specifics. "We're working on concrete specifics. It's sometimes difficult to express them in a forum like this," Bliss said.

Amid the need for specifics, Warner said he'll be back in Hampton Roads in about six weeks to again check on progress. "We all say we want to support our military families, but these families are not getting the support they deserve."