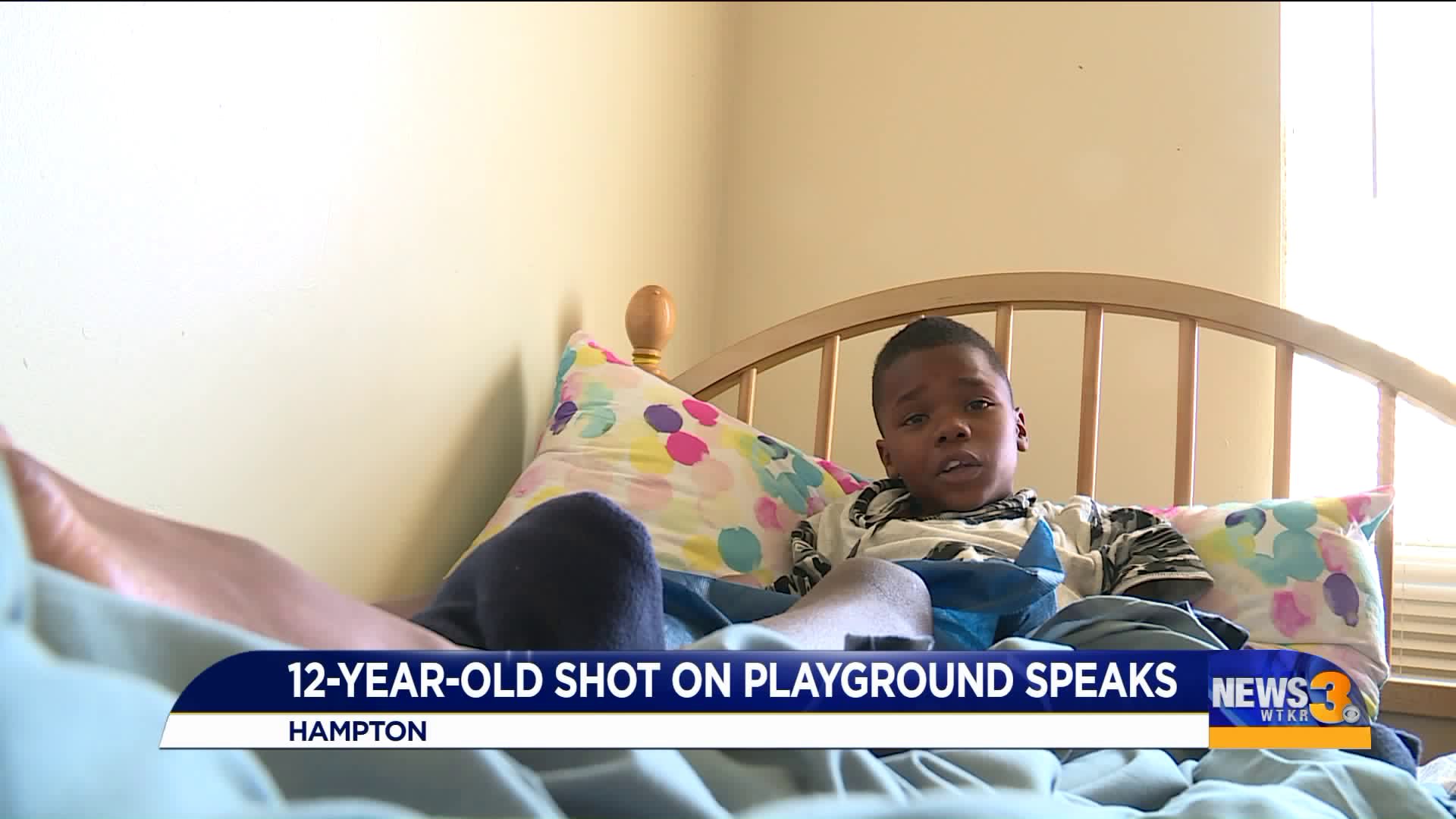 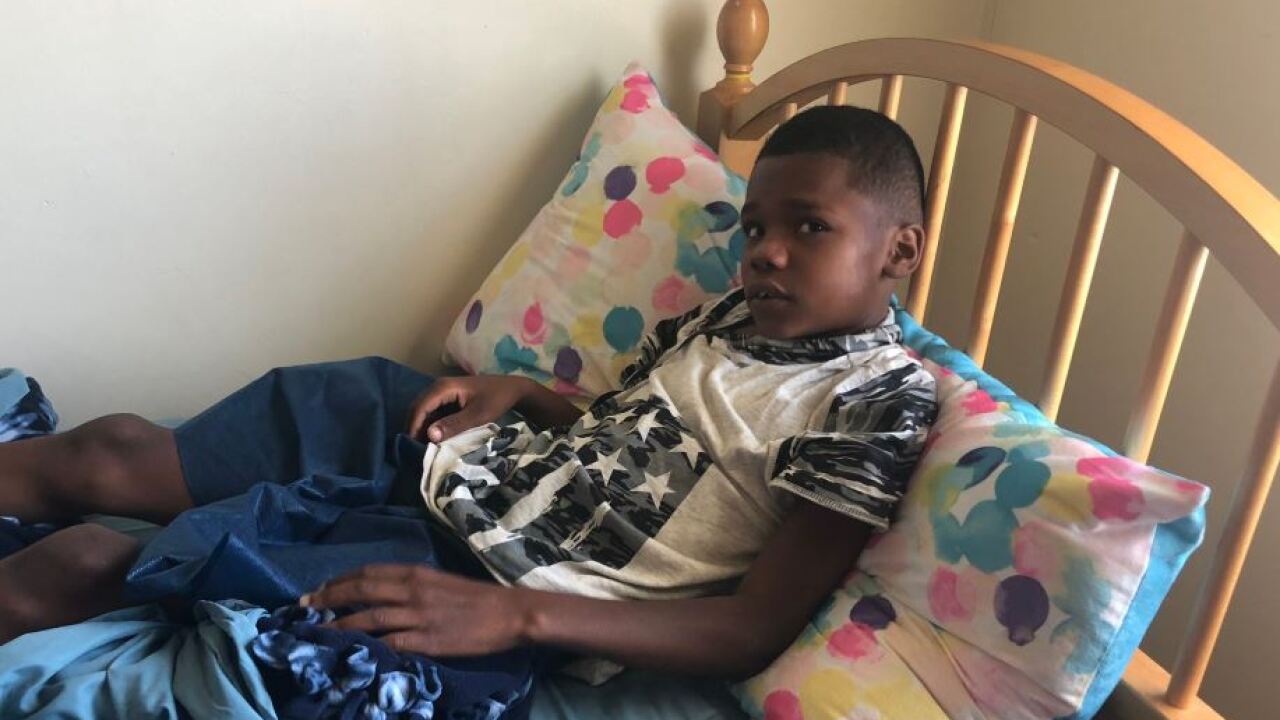 But when you look a little closer, you'll find a brave little soldier -- a boy with 26 staples across his stomach and a bullet hole in his back.

"I just remember running and she was dragging me. She was trying to get me away from the guns," Kreetay said.

Kreetay's mom pulled her son away from the gunfire that erupted when the family went to the beach on June 22.  Briggs and three others, including a 7-year-old girl, were shot near the playground at Buckroe Beach.

"It was terrible. I've never got shot before, so I don't know what it's like," he said. 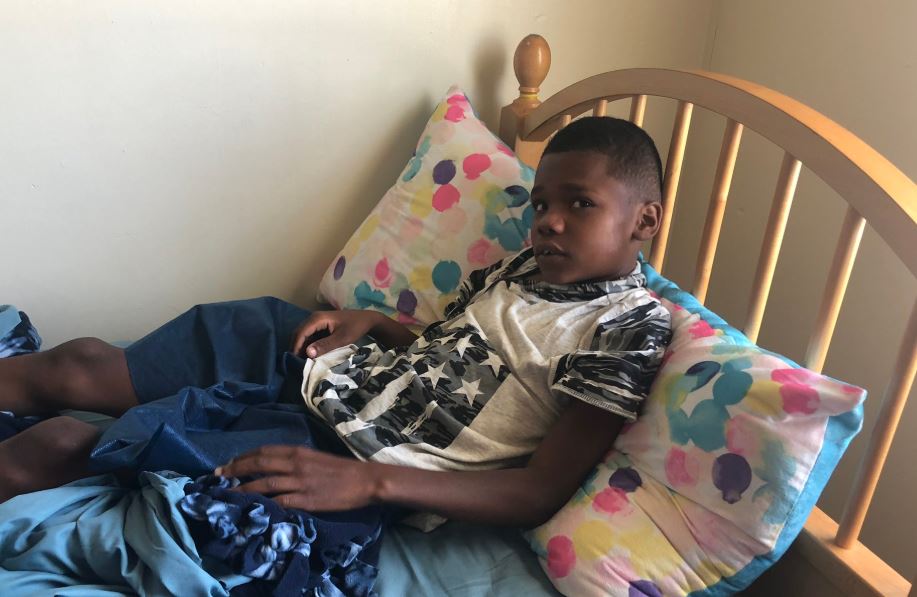 That's a statement where the innocence of this preteen shines through -- a rising 7th grader who lies in his Smithfield home with a damaged artery and colon.

"They said I was strong and I wasn't gonna make it, but I pulled through," Kreetay said.

After being in a coma and pushing through four surgeries, Kreetay is the epitome of a trooper.

He's tough, no doubt, and is expected to fully recover, but he has a message about using guns as the answer to violence.

"Well, there is one thing I don't like. I don't like all the gun violence that's happening, kids getting shot at school, and I hope they find who did this," he said.