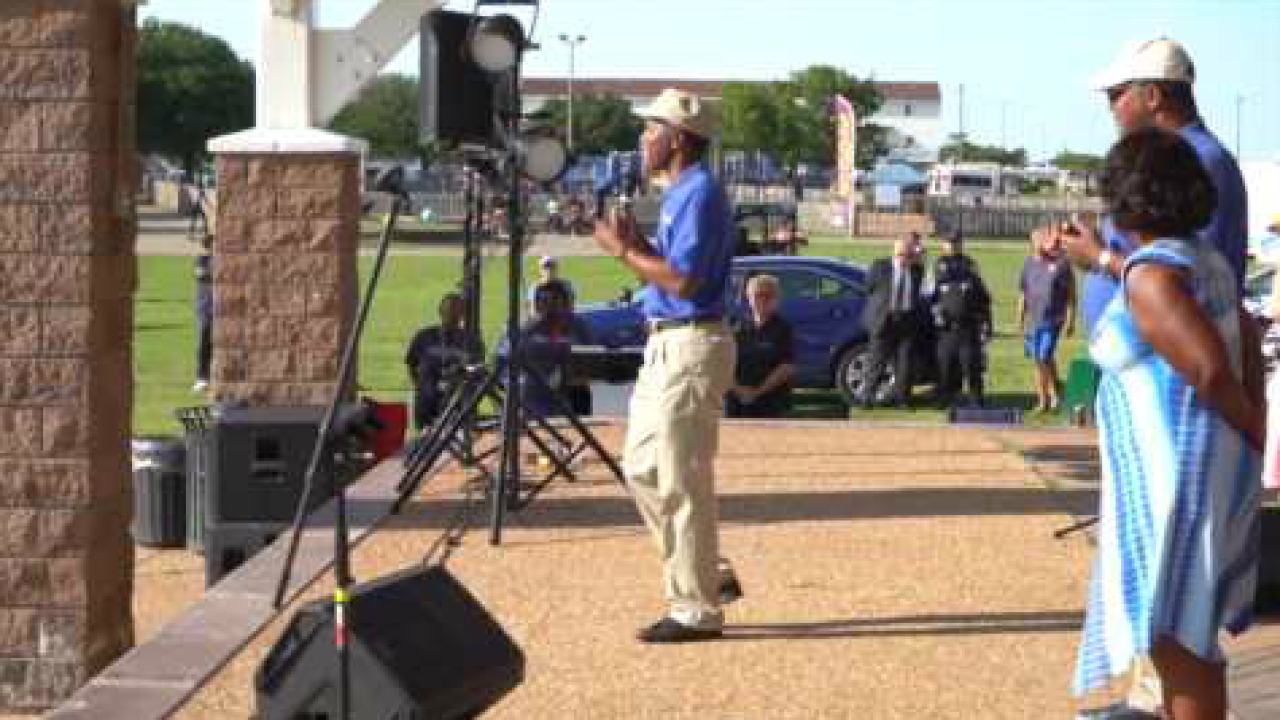 HAMPTON, Va. – Hampton Mayor Donnie Tuck and other city officials spoke at to the community Sunday at a Buckroe Beach concert series, where one day earlier, two kids and two adults were shot at the park.

The others in attendance at the “Groovin’ by the Bay” concert series were members of City Council, Assistant City Manager Steve Bond, and Chief of Police Terry Sult.

Hampton Police says they are working tirelessly to apprehend the individual(s) responsible for the shooting.

The victims were in different areas of the park during the shooting, police say.

“It`s rattling. It breaks your heart, it really does. Because this is home and this is community and this is family. It`s a city, but it`s always felt like a small town because people are so friendly and warm. And you hear about it and know it`s not ok in my home. It`s not OK,” said Bethany McCullough, who grew up in Hampton.

There is no further information at this time as this story is developing.

If you or anyone you know has information that will assist police, they are encouraged to contact the Hampton Police Division at (757)–727–6111 or the Crime Line at 1–888-LOCK-U-UP.