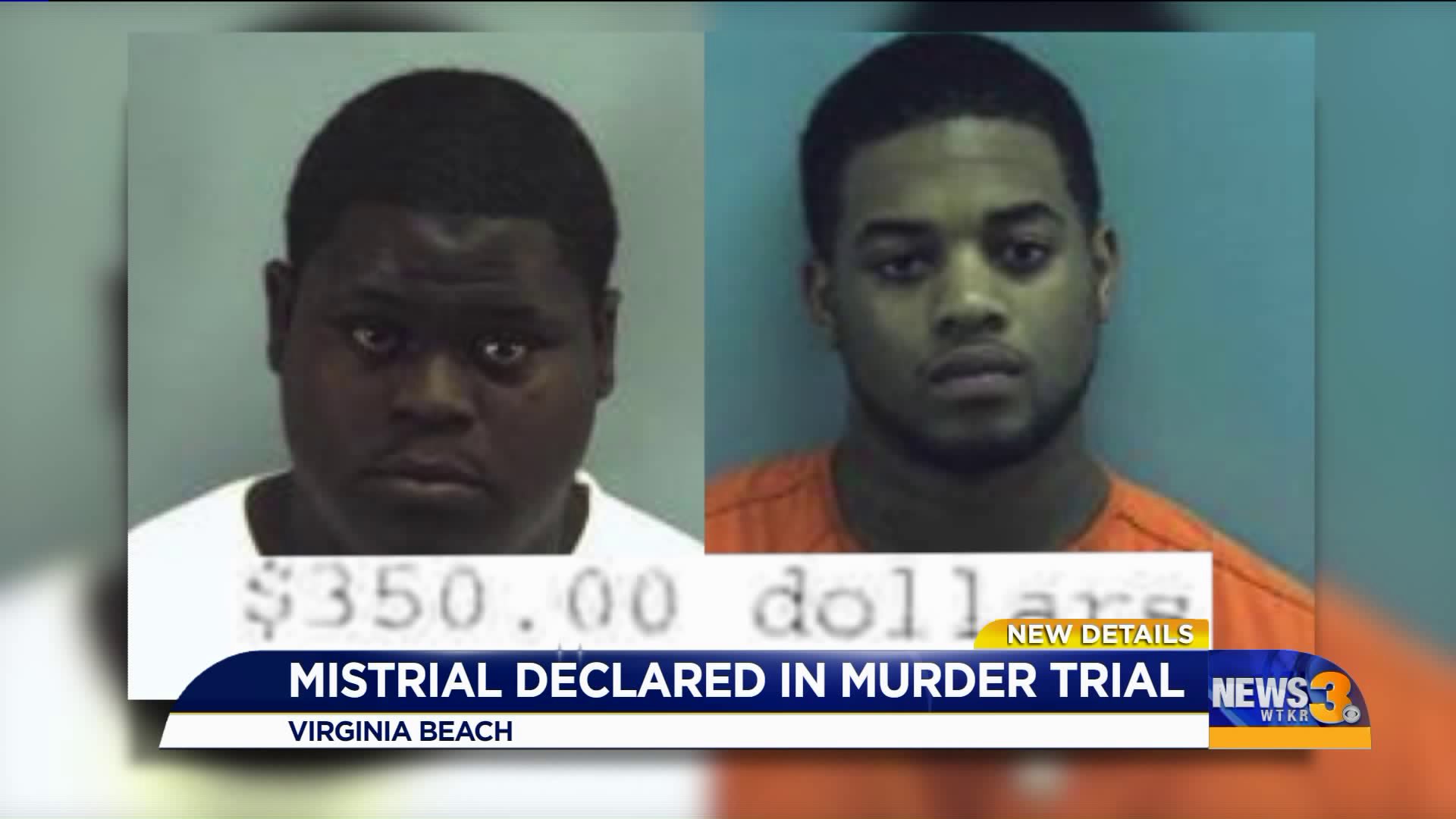 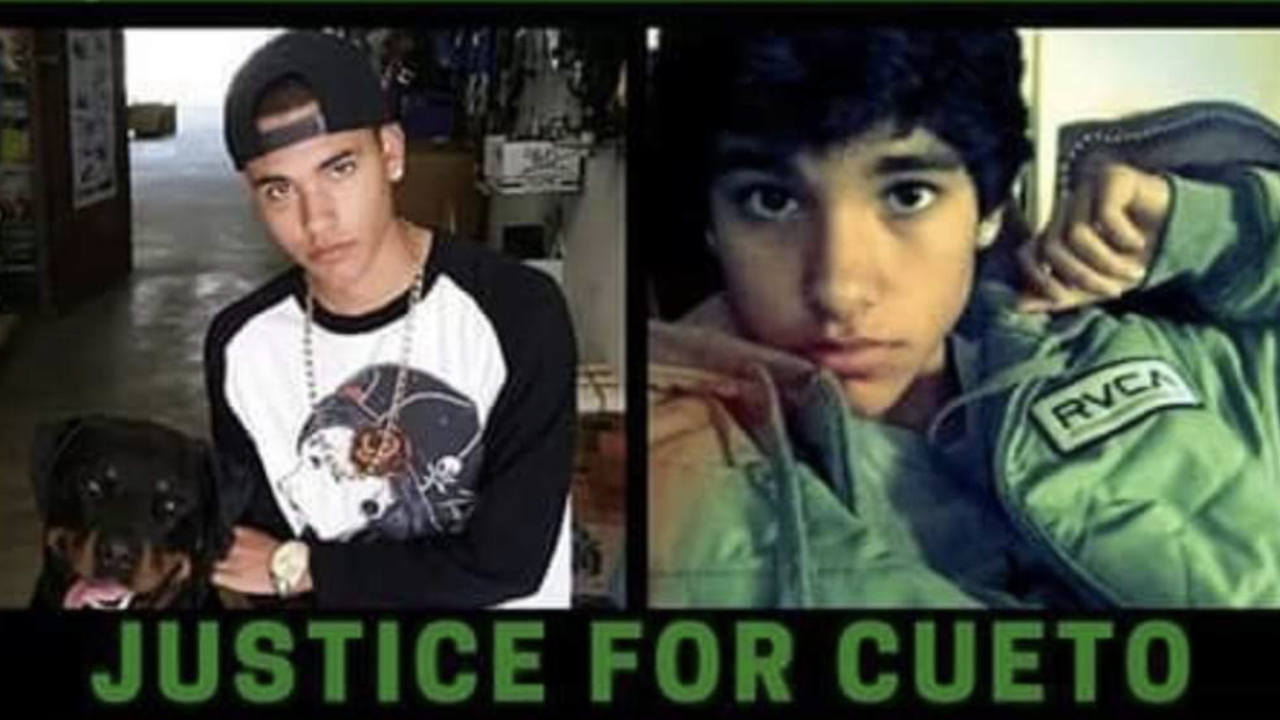 VIRGINIA BEACH, Va. - A family seeking justice for their 18-year-old son has to wait after a judge declared a mistrial in the case against the man accused of murder on Friday.

Jaquan Wilson is on trial for murdering 18-year-old Bryant Austin Cueto on May 1, 2016, in a shooting that happened outside the Applebee's on General Booth Boulevard, where investigators say two men met up with Cueto to buy Xanax.

Andarion McInnis and Wilson allegedly robbed Cueto of a bag of Xanax worth about $350 dollars, and a witness said Wilson fired the gun, according to court documents.

McInnis was convicted of robbery and other related charges. He will spend 28 years in prison.

Wilson, the alleged gunman, has been on trial all week for the murder. 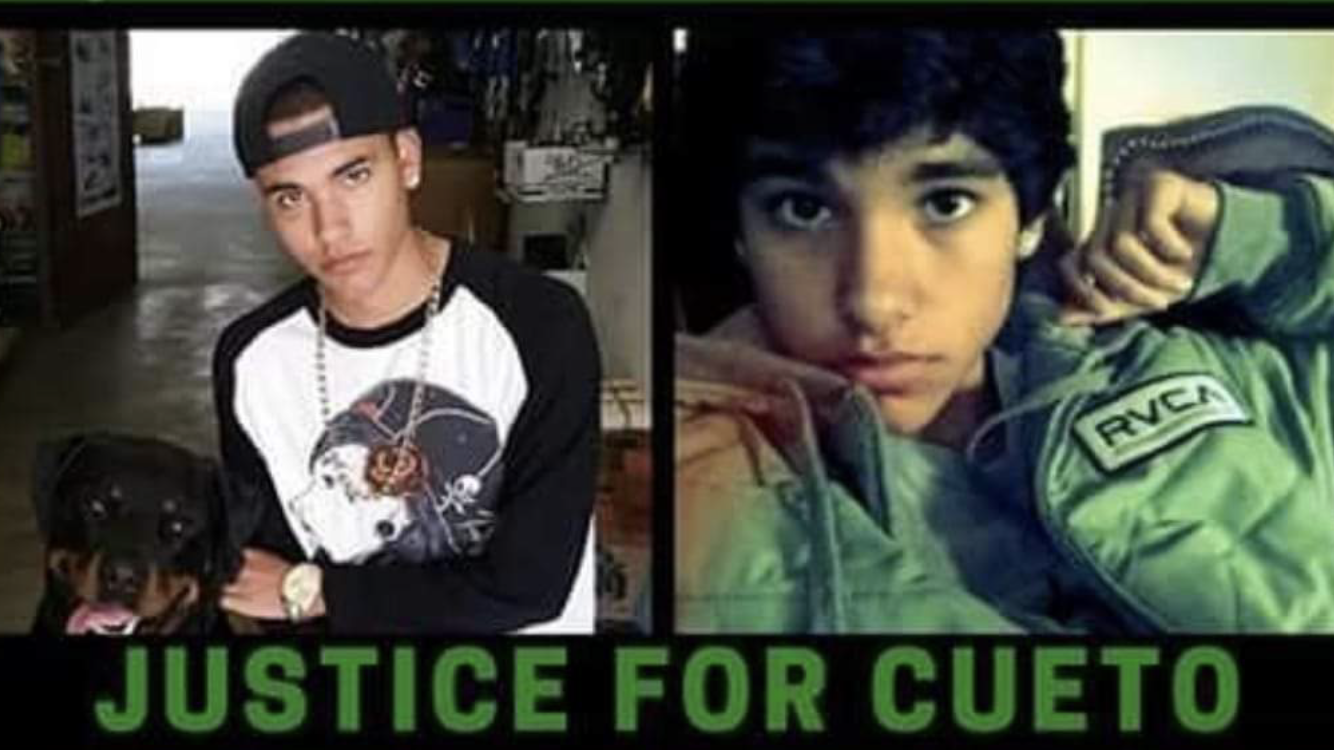 The judge addressed the courtroom Friday morning, saying two jurors had their cars broken into last night. Two other cars were also damaged: One was that of a friend of Cueto and one belonged to a bail bondsman. It all happened in the courthouse parking lot, and though the sheriff told the judge he believed it was random, the defense filed a motion for a mistrial.

Defense attorney Curtis Brown said because jurors were victimized, they may have prejudice against this defendant, thinking he or his family had something to do with it. The Commonwealth's Attorney joined in the motion saying jurors might fear retaliation after this happened.

Ultimately, the judge threw the case out and a new trial date will be set in two weeks.

News 3 spoke to Cueto's mother outside court on Friday. She said the case will likely be tried again towards the end of the year.

"Of course we are upset we have to go through this all over again," said Ginger Cueto. "It's been a hard week, very long for all of us, so it is disappointing. However, we all do fully stand by the Commonwealth's decision, and we support that. We know justice will come. Jaquan decided the fate of my son, and the jury will decide the fate of him," she said.

Click here for our full coverage on the death of Bryant Austin Cueto.