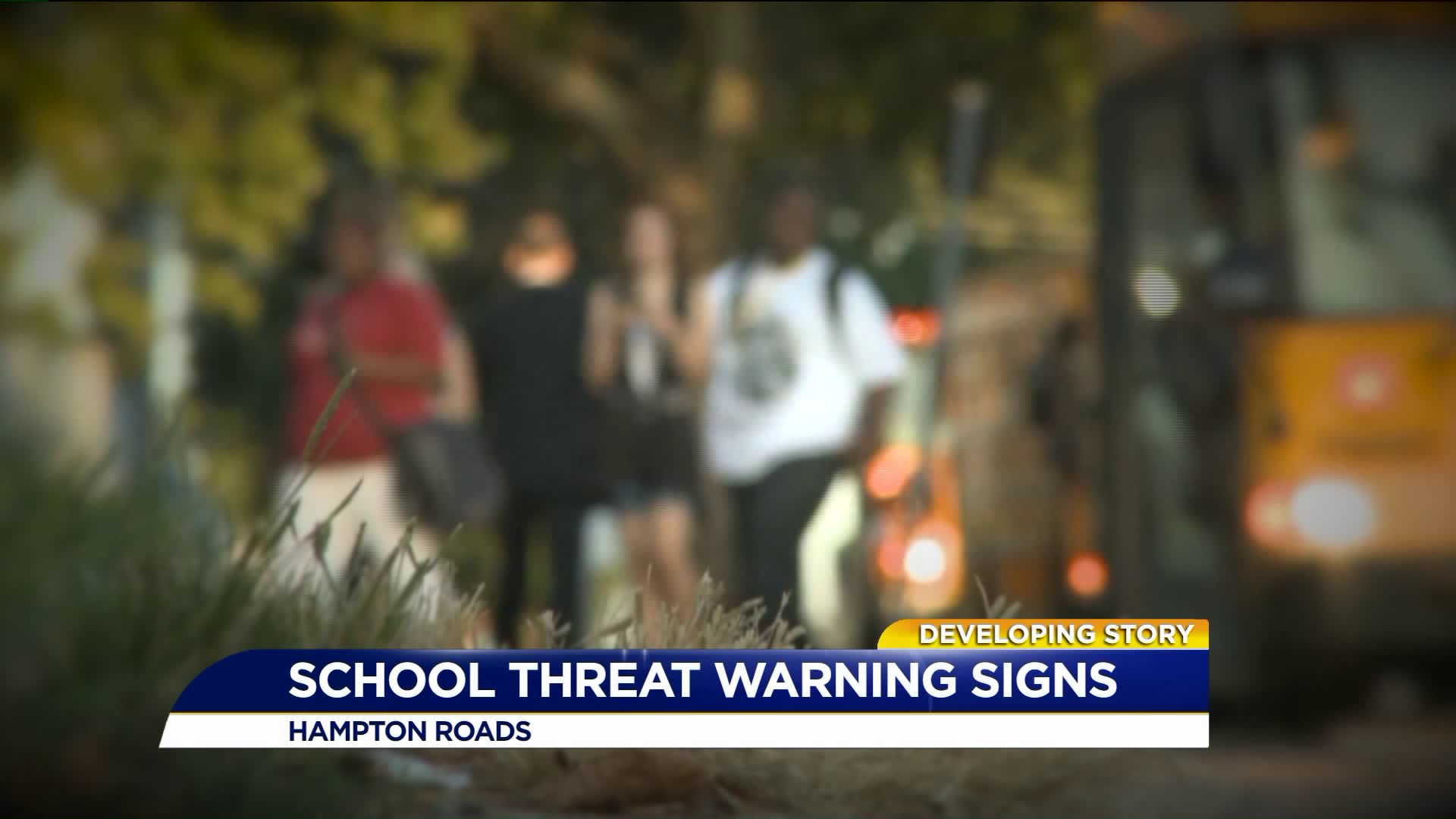 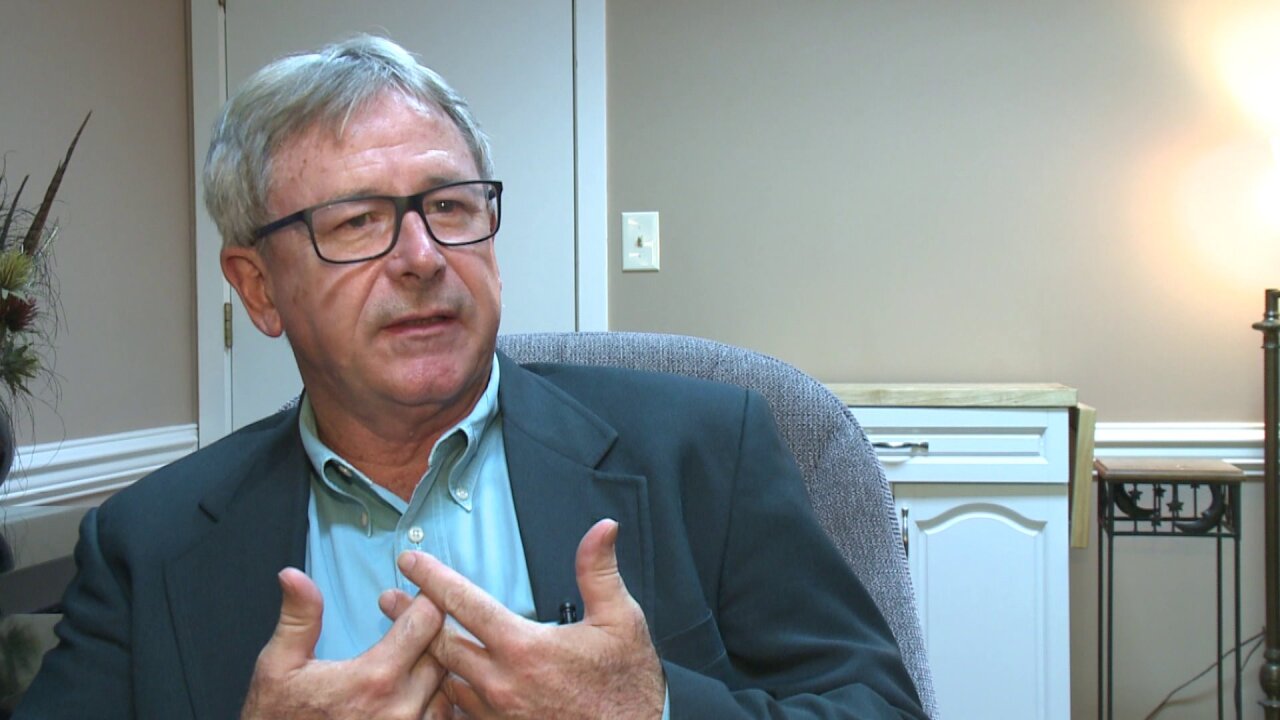 VIRGINIA BEACH, Va. - Not one, not two, but five threats have now been made by students targeted at several high schools in our viewing area.

On Tuesday alone, Smithfield, Landstown and Ocean Lakes High Schools were the center of threats made by students. But why does it always seem threats on social media - or even messages in graffiti - have a domino effect?

Mental health officials say some kids may be feeling disconnected with their lives and they're angry about it, which can then get to the point where they lash out or makes threats to do so.

"They have been bullied, they have not fit in, and somehow they reach their breaking point," says Dr. Ellis.

Professionals believe something can be done and it’s no surprise the shift usually has to start at home.

Officials want students and parents to know when it comes to making threats there are legal consequences, including jail time.