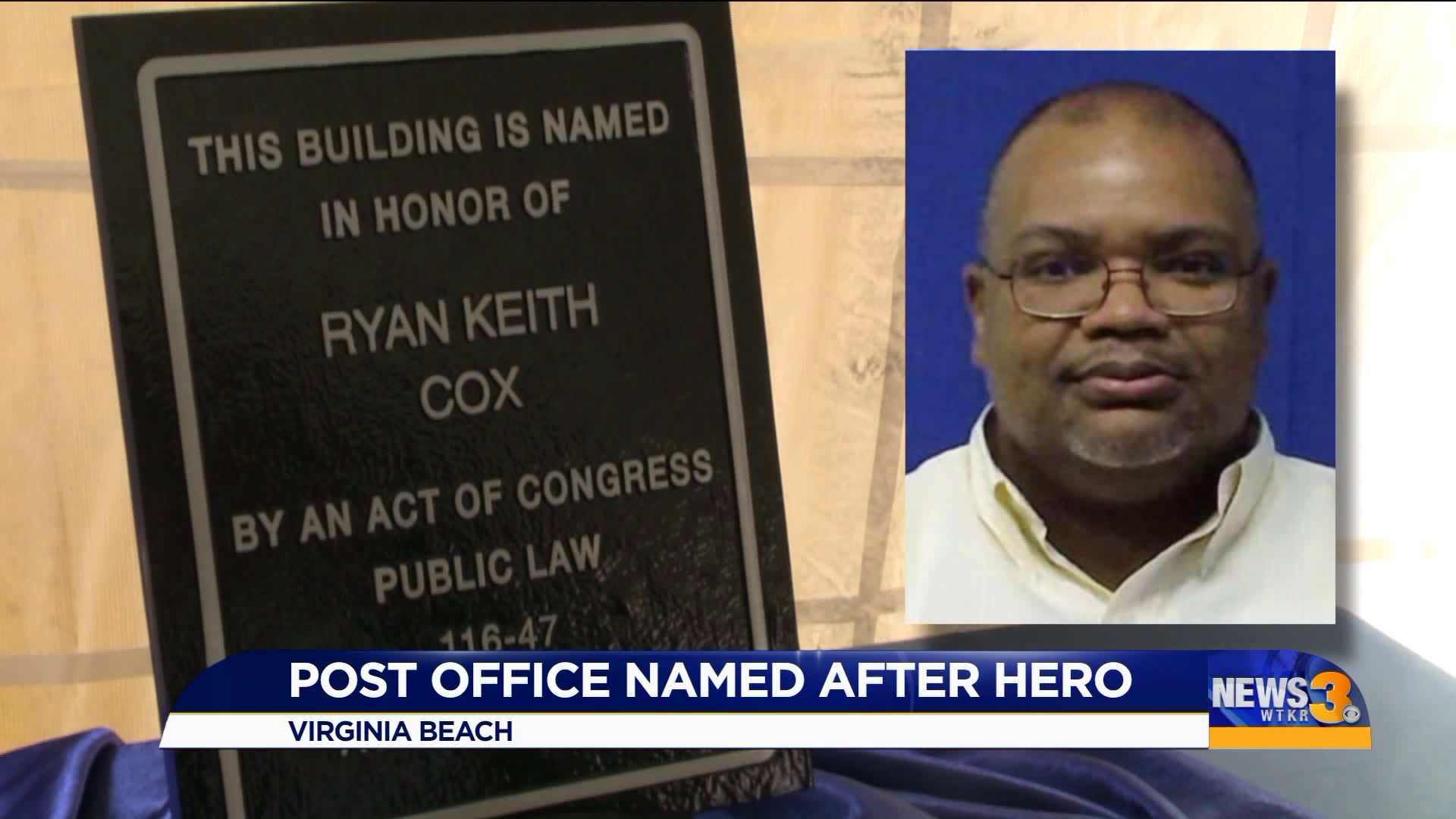 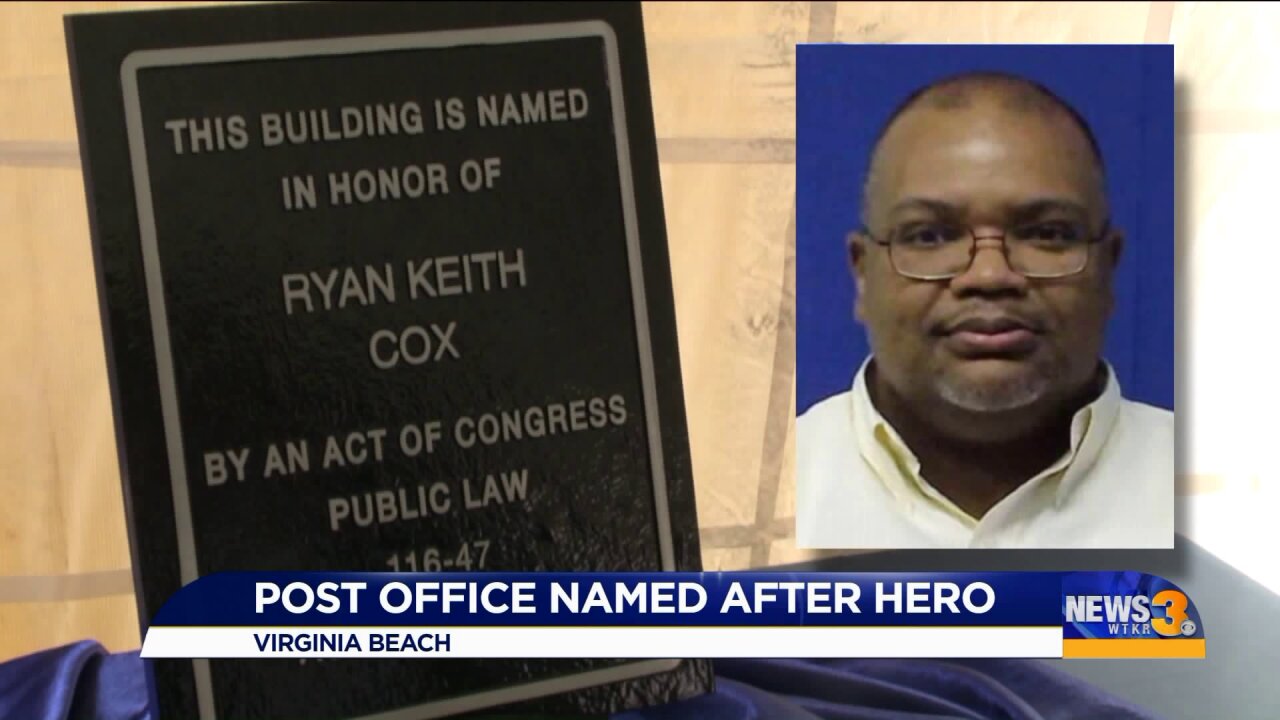 VIRGINIA BEACH, Va. - Ryan Keith Cox will now be the namesake for a post office.

On Friday morning, the office near the municipal center was renamed after Cox in a ceremony involving local elected officials and Cox's family.

Cox was one of 12 people to die in the shooting, but witnesses say he helped guide people to safety and saved lives.

Rep. Elaine Luria helped get a bill through Congress calling for the name change. "It will never bring him back, but those who see his name on this post office will remember a hero who saved lives and in doing so lost his own," Luria said during the ceremony.

The post office is just across the street from the municipal center. The recognition means a lot to those he saved. Christi Dewar told News 3 shortly after the shooting about Cox's heroics. "It's still roughing know that I'm not going to see him every day at work," she said Friday. "I'd rather have him than a plaque, but he definitely deserves that plaque."

With the recognition, his family and friends say it's a symbol of putting others ahead of yourself. "He judged everyone as a human being who deserved to be loved and cared for, which he proved when he saved us," said Dewar.

Very big turnout this morning as post office in Va Beach is named after Ryan Keith Cox, who helped save lives during the mass shooting in May https://t.co/m76R6apJC6 pic.twitter.com/tMv7tFVVwb