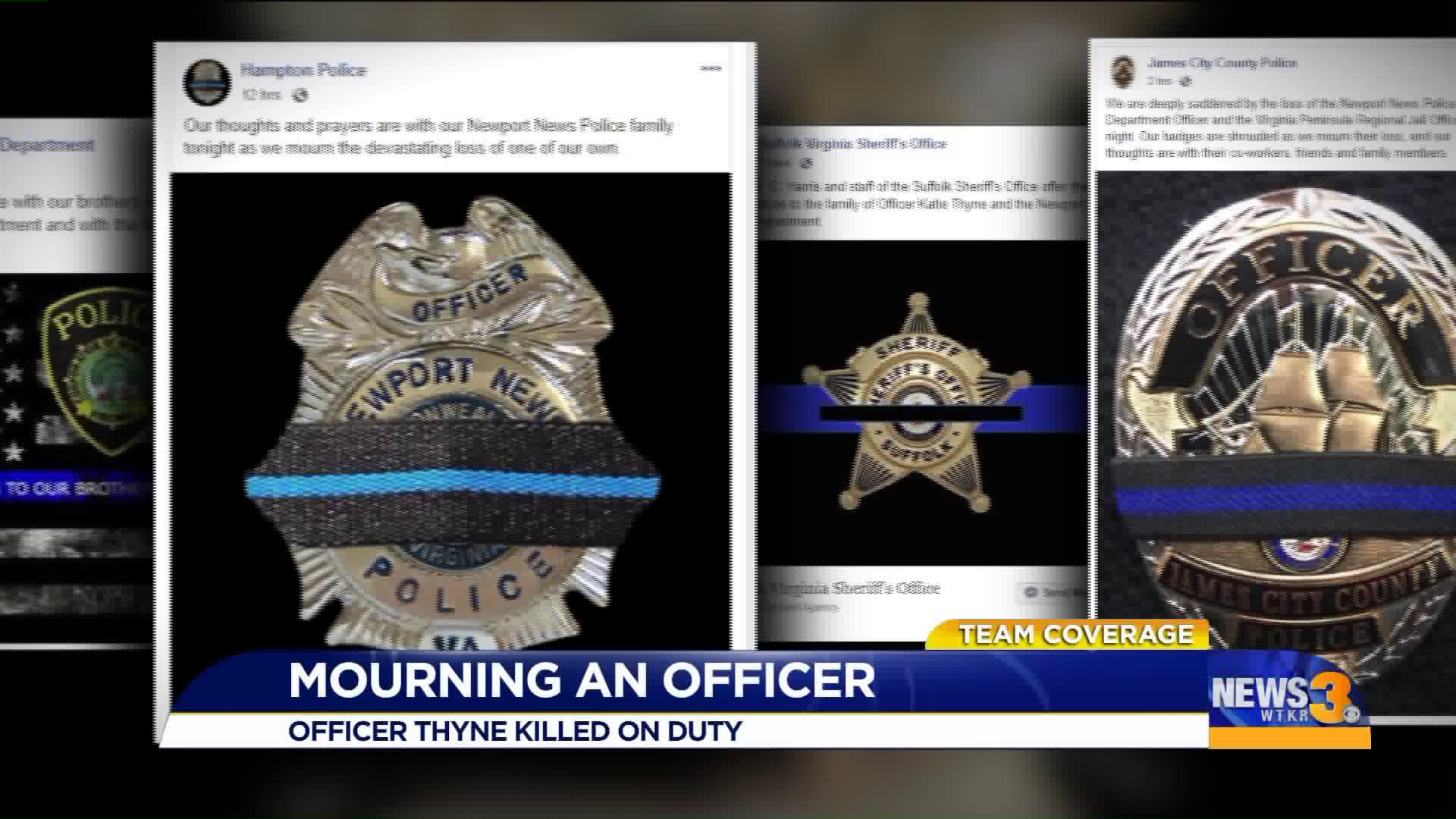 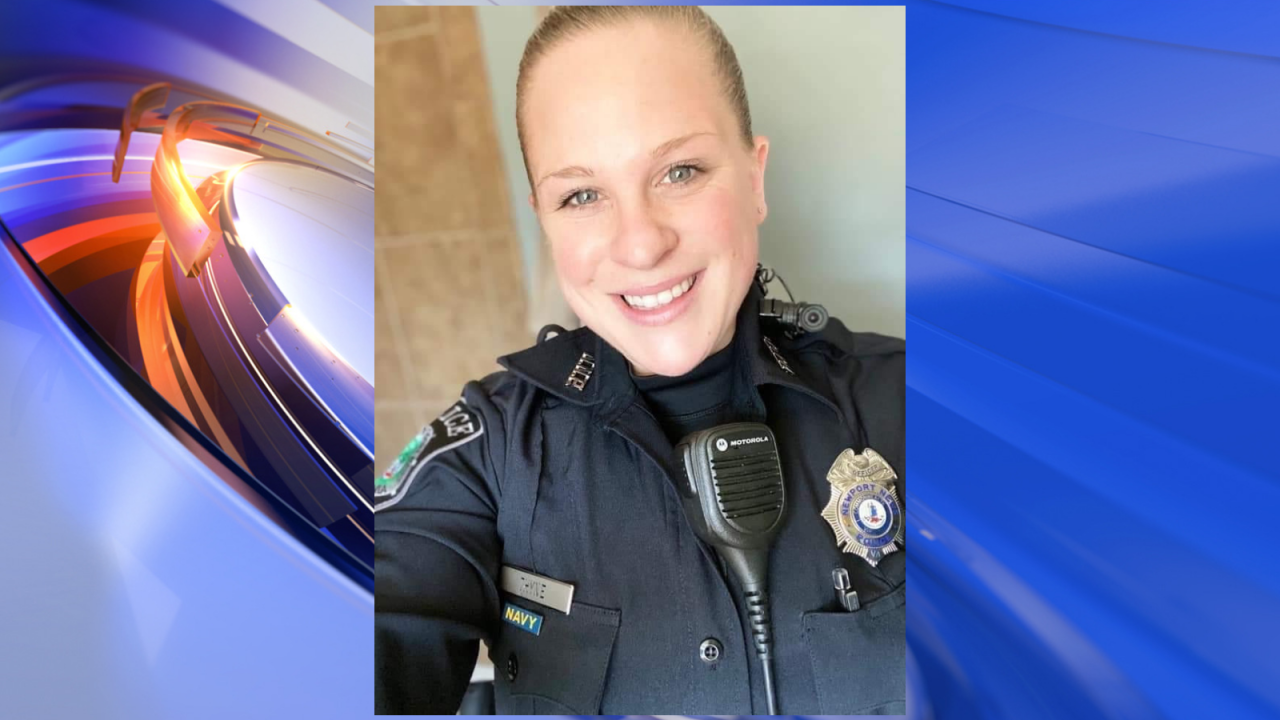 NEWPORT NEWS, Va. – The Hampton Roads community is in pain after a Newport News Police officer was killed in the line of duty.

24-year-old Katie Thyne had only been with the department since 2018 and died during a traffic stop Thursday night.

Law enforcement agencies across our region and around the country have been sending condolences and support to the Newport News Police Department.

“Police organizations are a family,” said former detective Richard James. “The brothers and sisters support each other and look after each other.”

“They’re feeling the aftershocks,” said Chief Investigator for Breit Cantor Mike Carey, who is also a former officer for the Virginia Beach Police Department. “The law enforcement communities are a very tight-knit community nationwide and here in Hampton Roads.”

More than 50 officers were at the hospital Thursday night supporting Thyne and one another.

Newport News Police Chief Steve Drew said there will be counseling offered for the department, both mandatory and voluntary.

“They want to make sure everyone is okay physically, emotionally and typically have a critical incident debriefing,” said Carey.

“Some officers may even experience some form of post-traumatic stress disorder. They may ask themselves what they could have done,” said James.

And it’s not just the officers who feel the impacts; it's also their loved ones who watch them leave the house every day to go to work to protect and serve the community, putting their lives in danger.

“The families of the officers can feel the stress,” said James.

Chief Drew praised his officers who continue to work Thursday night after the terrible tragedy.

Despite the pain of the loss, they will continue to carry on.

“They still have to continue every day during and after this traumatic event to protect and serve the public,” said James.

“The men and women that make up law enforcement are human beings. They’re parents. They’re someone’s daughter. They’re real people, and when something like this happens, there’s the aftermath that has to be considered as well,” said Cantor. 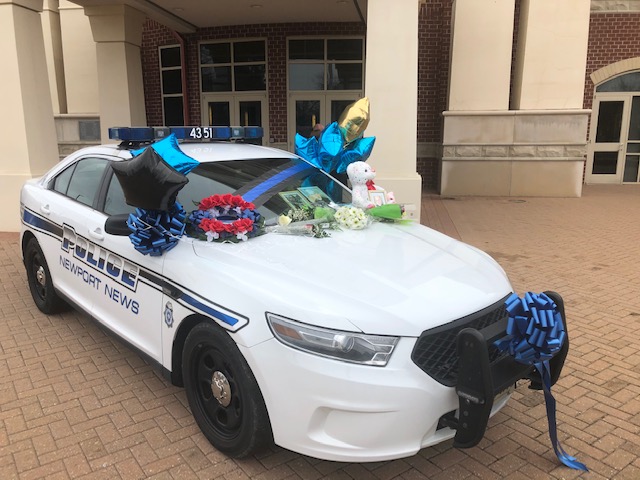