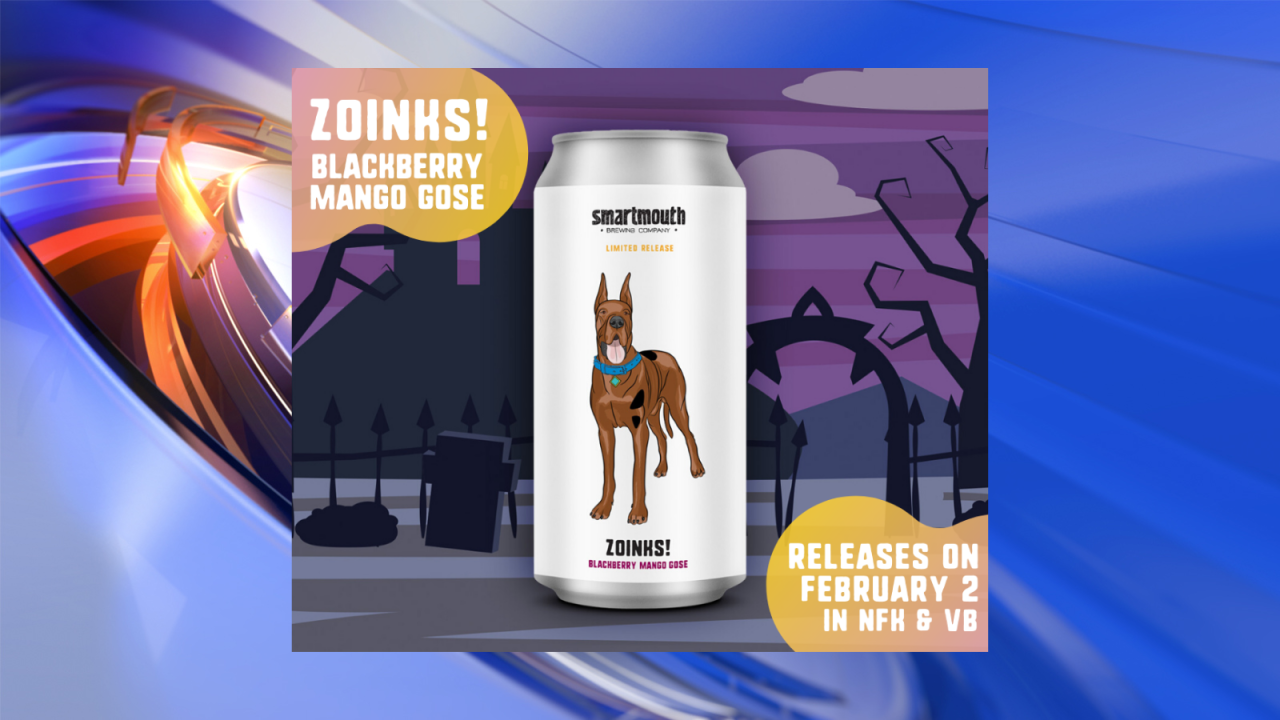 NORFOLK, Va. – Jinkies – a local brewery has a new beer!

The beer features all-natural blackberries and sweet, juicy mango to balance the tartness from the lemon of the traditional German-style sour beer.

“It’s the sort of refreshing drink you share with friends once you’ve finished a long day’s work of searching for clues and unmasking another villain,” the company wrote on Facebook.

Smartmouth announced that it’s also bringing back its popular “Saturday Morning IPA” – which made national headlines last year, with some people even reselling the limited-edition beer online for hundreds of dollars – one last time. Their “magically ridiculous,” cereal-inspired beer will be featured at its Norfolk and Virginia Beach tasting room locations on Saturday, March 7.

The “Zoinks! Blackberry Mango Gose” beer releases on Sunday, February 2 in Norfolk and Virginia Beach. Draft and 16 oz. four-packs will be available.