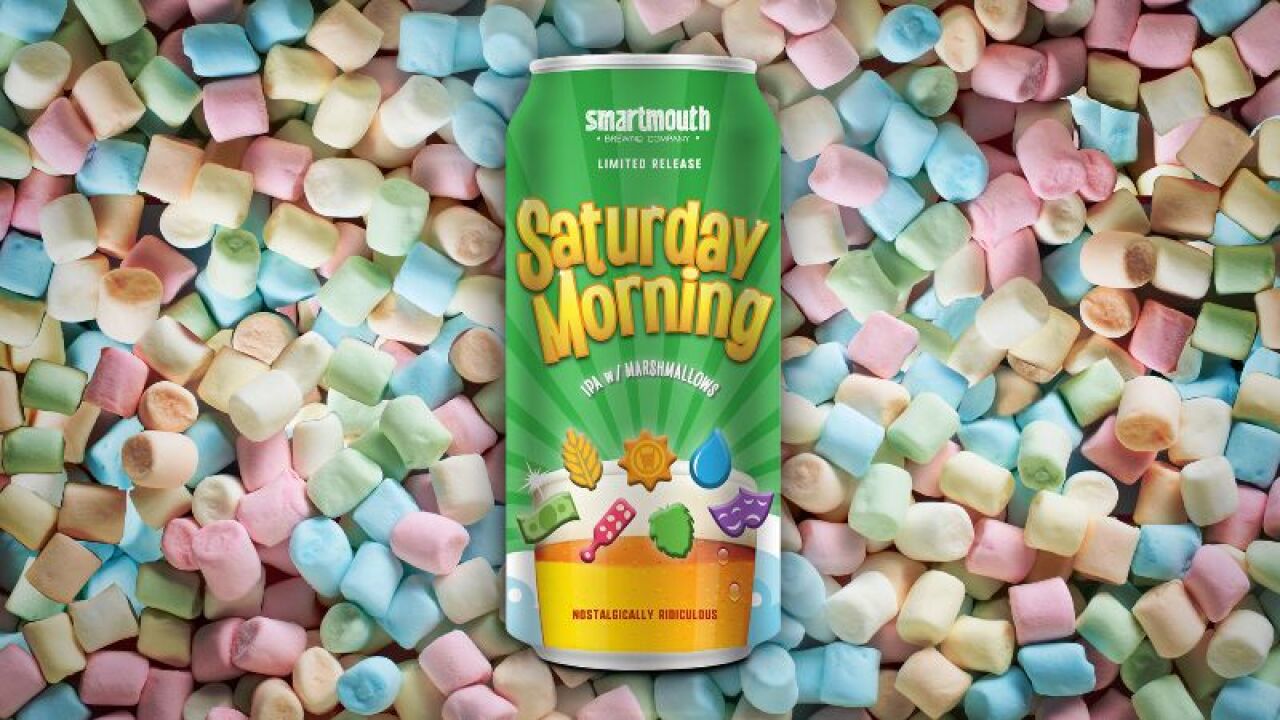 NORFOLK, Va. – Smartmouth Brewing Company’s “Saturday Morning IPA” made national headlines last year, with some people even reselling the limited-edition beer online for hundreds of dollars. Now, the brewery is bringing the cereal-inspired, “magically ridiculous” beer back one last time.

According to a release by Smartmouth, the beer will be featured at its Norfolk and Virginia Beach tasting room locations Saturday, March 7. It will also be distributed as draft and cans to stores and restaurants across Virginia — but in limited amounts.

Smartmouth said that this year’s edition of the beer will feature a “new and improved” can design.

“Still kids at heart, we tossed pounds of marshmallows, some of which we toasted, and completed the flavor profile with loads of citrusy and tropical fruity hops,” the brewery said in a release.

Both of Smartmouth’s tasting rooms will celebrate the March 7 re-release with additional beer releases, live music and food pop-ups. Specific details on release times, limits on purchases and events will be shared soon, Smartmouth said.