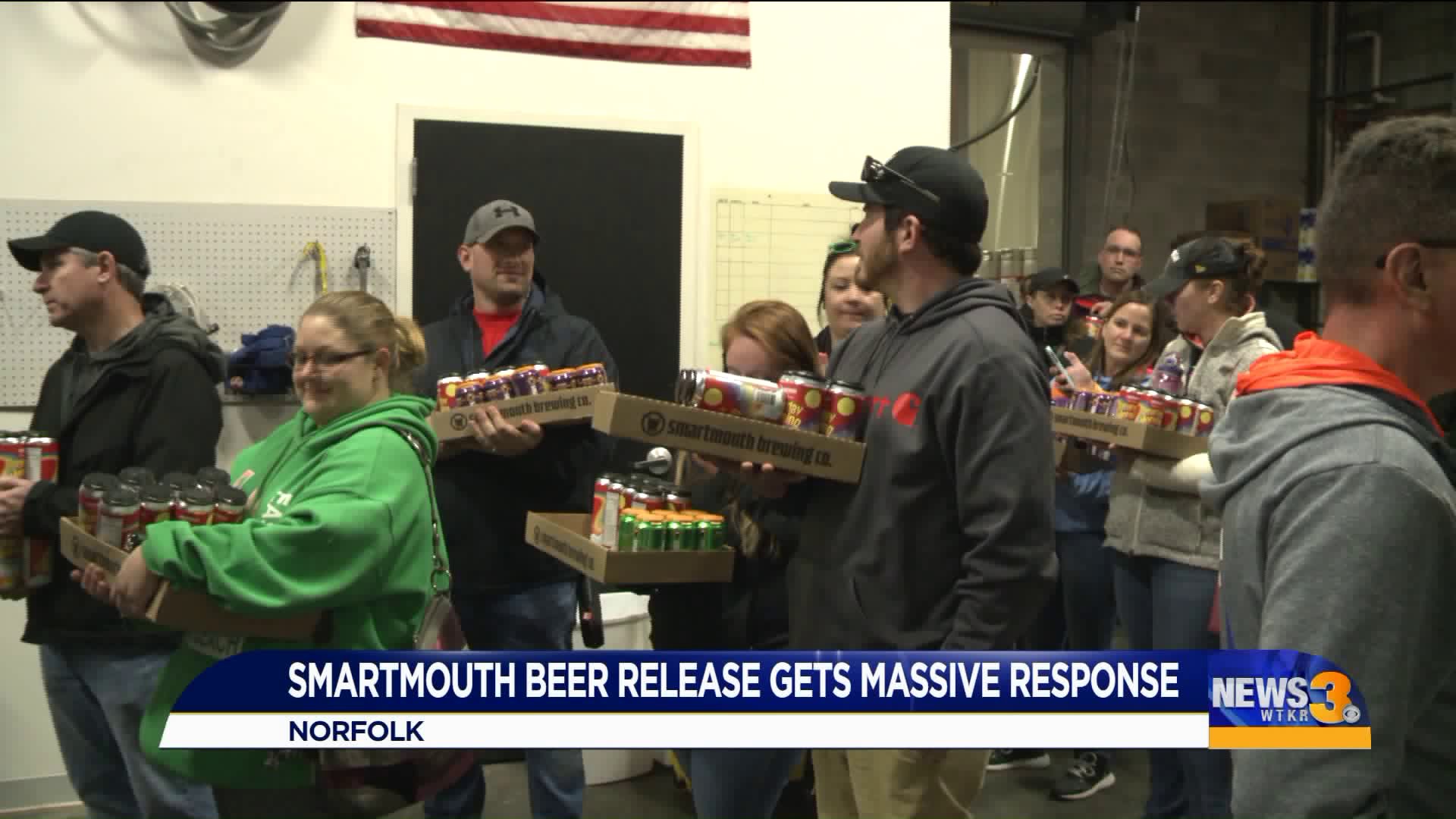 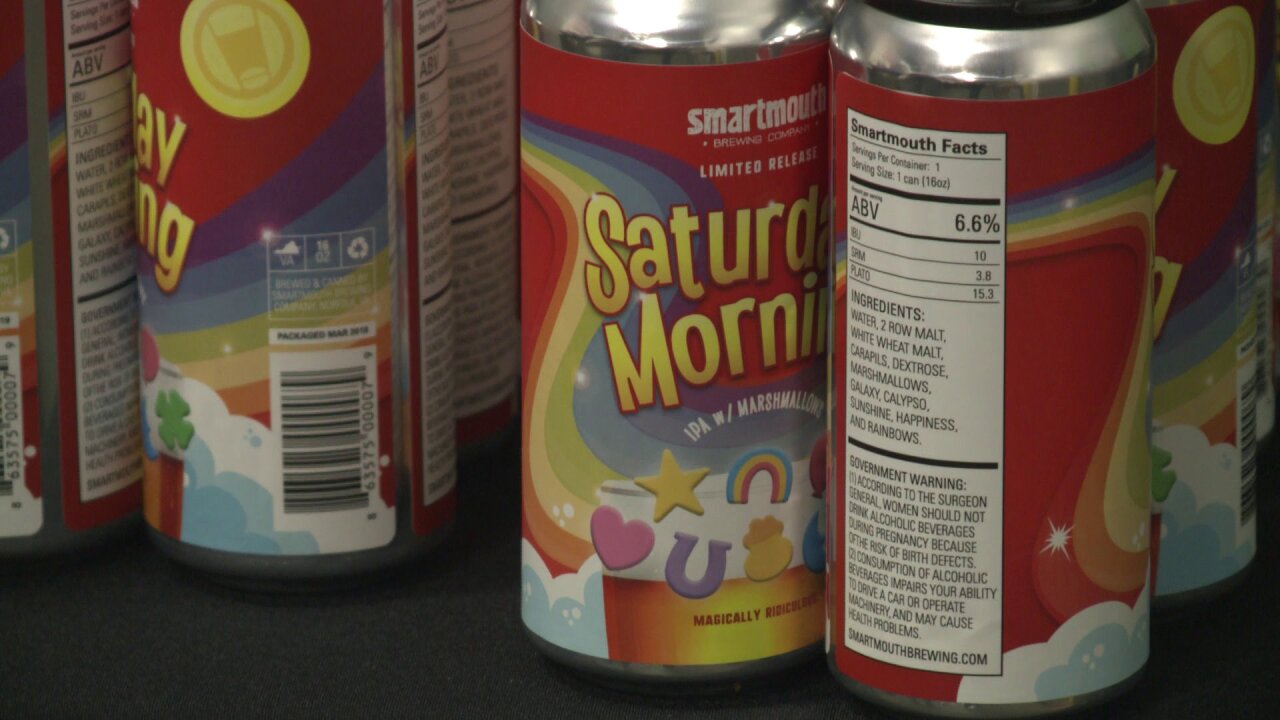 NORFOLK, Va. - A local brewery made national headlines for its popular "Saturday Morning" beer, and now some people are re-selling the IPA online for hundreds of dollars.

Smartmouth Brewery unveiled the cereal-themed beer this past Saturday.

“I think the first people got here at 7 a.m.,” said Porter Hardy, President of Smartmouth Brewing Co. “They sold as fast as we could ring people up.”

He said they sold out in about an hour and a half.

Lucky Charms lovers wanted to get their hands on an IPA that’s described as "magically ridiculous." Smartmouth leaders said it was made with pounds of marshmallows.

They sent out a press release that read: “Join us as we flashback to those Saturday Mornings when you rolled out of bed and were lazy all morning watching your favorite cartoons and playing video or board games. We'll celebrate those mornings with the release of Saturday Morning IPA that is made with pounds of marshmallows, some of which we toasted, along with tropical fruity Calypso hops. The result is magically ridiculous!”

Hardy said people drove from several surrounding states to get the limited-edition beer that made national headlines on late night talk shows.

Hardy said the response was overwhelming but welcomed.

“There was a little part of terror in there because it was so unexpected," he said.

However, he said they were so extremely grateful for all the support they got from beer lovers and many in the community.

News 3 found posts Monday showing people reselling the limited-release beer online. One post listed it as being sold for $450 for four cans, and another person was selling an empty beer can for $5. News 3 reached out to several people selling the beer online, but we didn’t hear back from them.

“I wish that the money would go back to Smartmouth,” said Norfolk resident Macnair Jennings.

The charm of the beer definitely struck a nerve with those in the craft brewery community.

“I think part of it is definitely the nostalgia of it,” said Hardy.

Hardy said several of their distributors are getting the Saturday Morning beer, but he said there is not a lot of it.

He said several people who didn’t get any on Saturday requested the brewery make more.

“I don’t know. We were just talking about that this morning,” said Hardy.

News 3 asked Hardy if he was going to make more of the wildly popular beer.

He said they wanted to get through the weekend and see what happens.