‘I was afraid!’ says mother of student who was in Norfolk high school during shooting 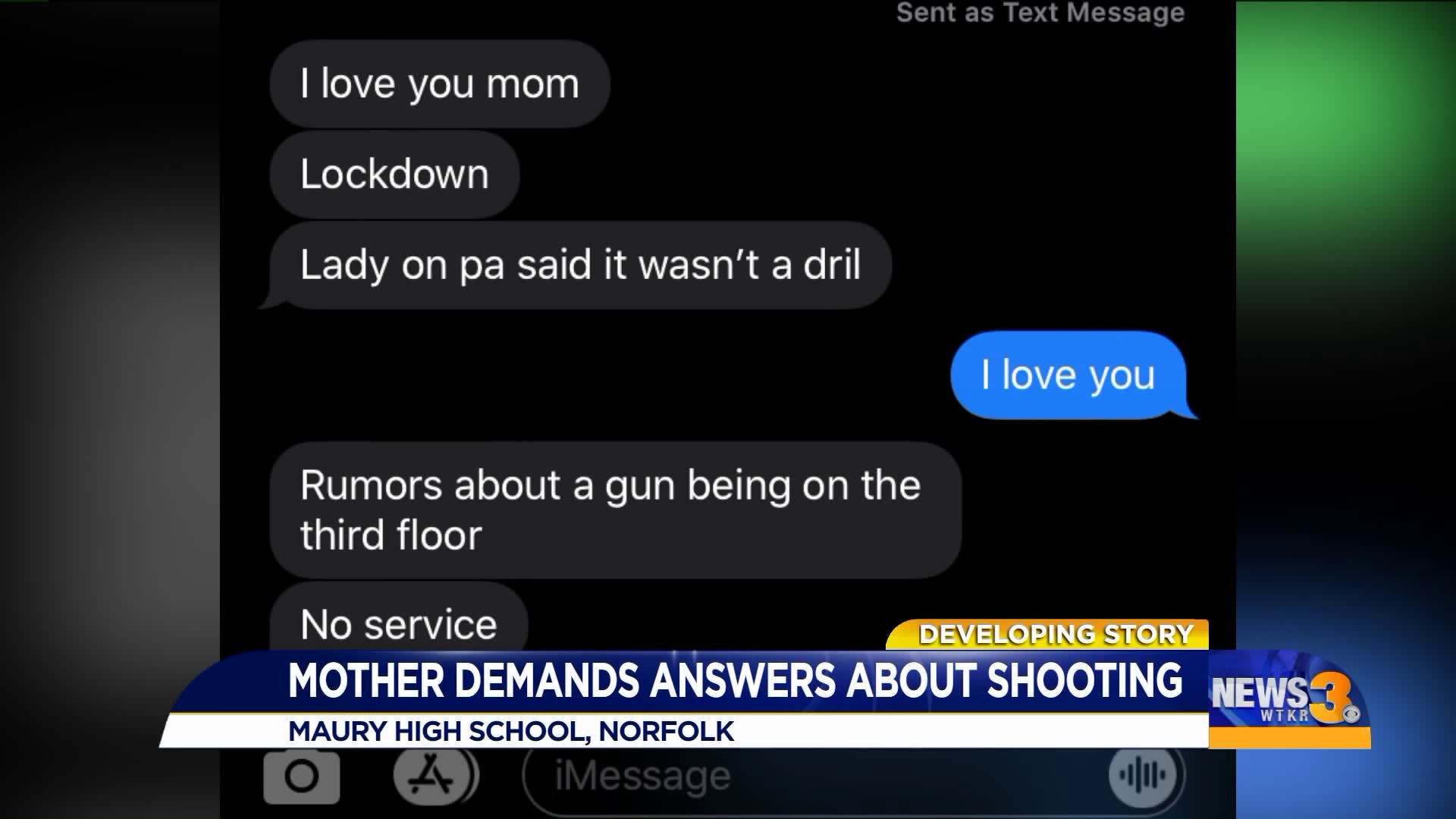 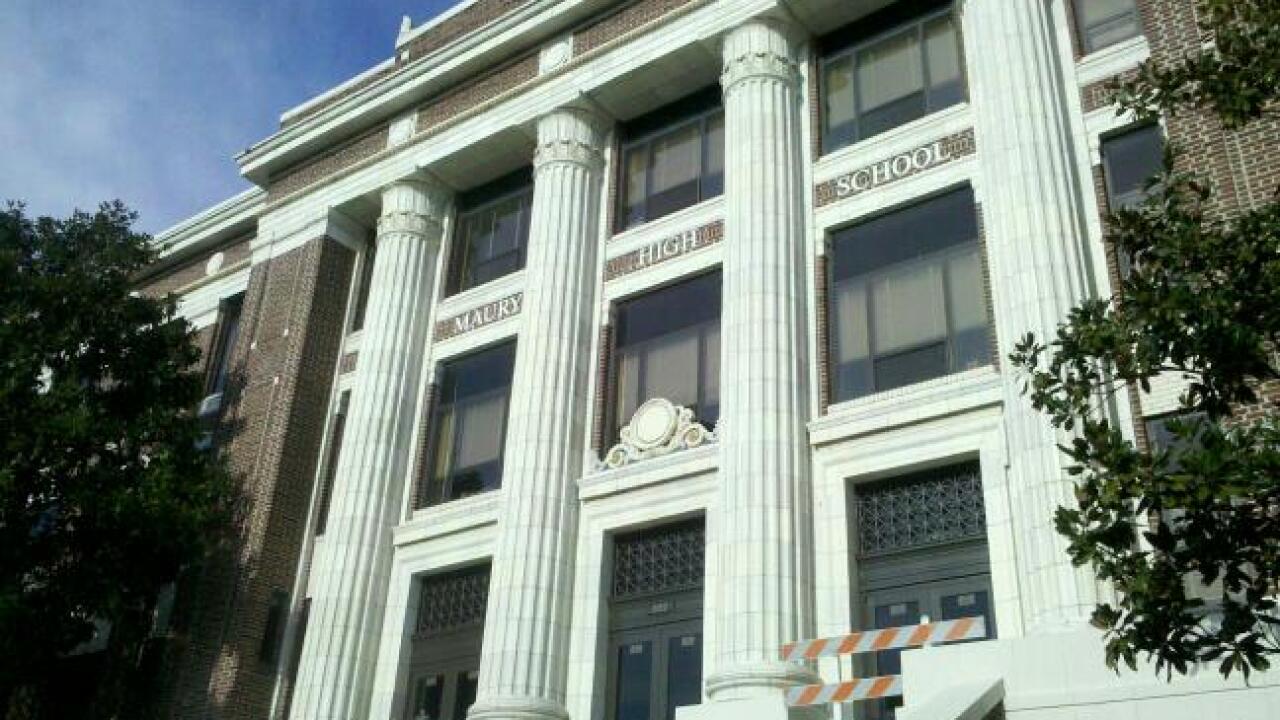 NORFOLK, Va. - “Everyone was really scared, really nervous. Lots of parents walking around. It was raining,” says the mother of a freshman at Maury High School.

This was the scene last month on December 13 outside Maury High: Parents standing outside the building with their umbrellas, searching for answers.

"I came to pick my daughter up from school so she didn’t have to walk, but she wasn’t coming out. I texted her telling her where I was and she kept texting, ‘I love you, Mom,'" says the mother, who did not want to be identified.

The texts from her 15-year-old daughter continued.

Her daughter responded, saying, “There’s rumors about a gun being on the third floor. I don’t have service.”

This was not a drill. Parents later got a voicemail from the school: “Norfolk Police are currently investigating an incident that involves a student who was in possession of a handgun while in class.”

Norfolk Police say a 17- year-old was taken to Children’s Hospital of The King’s Daughters after he was shot in the hand and say another student - a 16-year-old - had the gun after the shooting happened.

“How did a loaded handgun get into a school? Why haven’t we been given any more information?" asks the mother.

She wants an understanding of why her daughter hid under a table for almost two hours with her classmates.

“She’s never been through anything like this; I don’t know if any of her friends have. They were really scared.”

The school sent parents another voicemail the weekend following the incident, saying, "We want parents to know that as a precautionary measure only, additional security personnel and police officers will be in place at the school tomorrow, December 16."

“I asked my daughter if she saw extra police officers. She said 'no;' she didn’t notice anything increased.”

She says more needs to be done to protect these children.

“A child shouldn’t have to say goodbye to her mom in a text message when she is in fear for her life.”

We reached out to the school district about this parent's concerns. Thursday, a spokesperson with Norfolk Public Schools provided us with the following statement about the incident:

First, as to the matter of how the weapon got into the school: Please understand this is a detail that is part of a police investigation and also will be taken up by the Norfolk Juvenile and Domestic Relations Court. Therefore, we are not at liberty to discuss that with you now.

However, following this incident Maury High School leadership and NPS administration took a very evaluative approach on to how to reinforce safety measures. While the parent interviewed noted her daughter did not notice an increase in police presence the Monday following the Friday, Dec. 13 incident, we assure you that there were additional officers on site. In addition, since that time, Norfolk police have committed to strategically detailing additional officers to the school (as well as other schools on occasion) to walk the building at unannounced times. Additionally, the school’s security staff and grounds patrol rotation/assignments have been adjusted so they are not predictable.

On the issue of student counseling: A team of crisis counselors was on site the next available school day to provide support for students and staff. Administration, the School Counseling Chair and the School Psychologist visited the class where the incident occurred and spoke with students. The larger student population was also informed of where to go and who to see if they felt anxious or stressed. In addition, the School Psychologist has been made available for student and staff continuously. Please understand that students are made aware that their guidance counselors are also important resources if they need someone to talk with regarding an issue like this.

Finally, student engagement and involvement are critical to encouraging a positive school climate. In that vein, building level student leadership is committed to creating a campaign of messages that will reinforce student commitment to the practice of “See Something; Say Something.”