‘They took away a gem from us,’ family of man slain on I-64 recalled during vigil 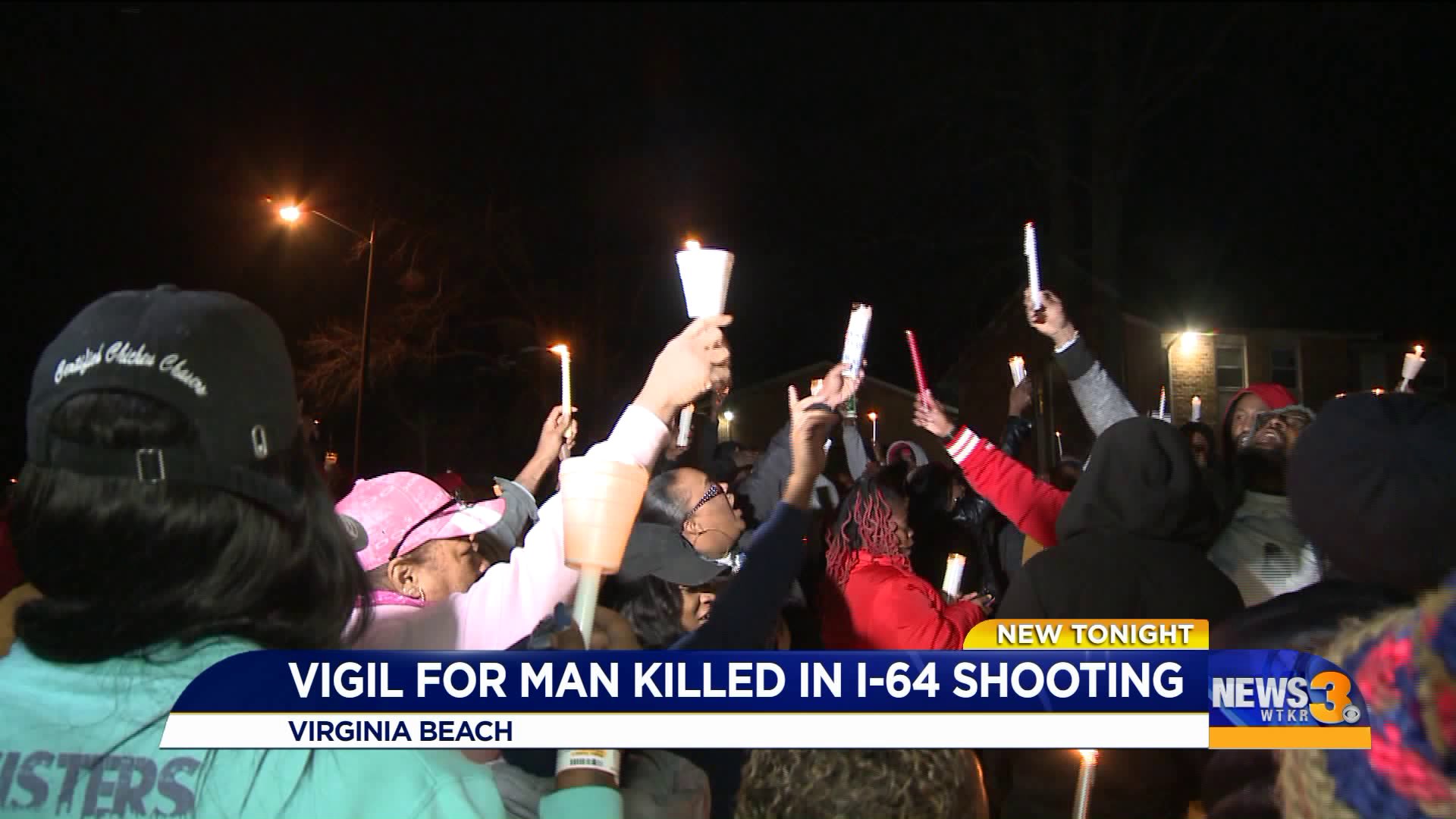 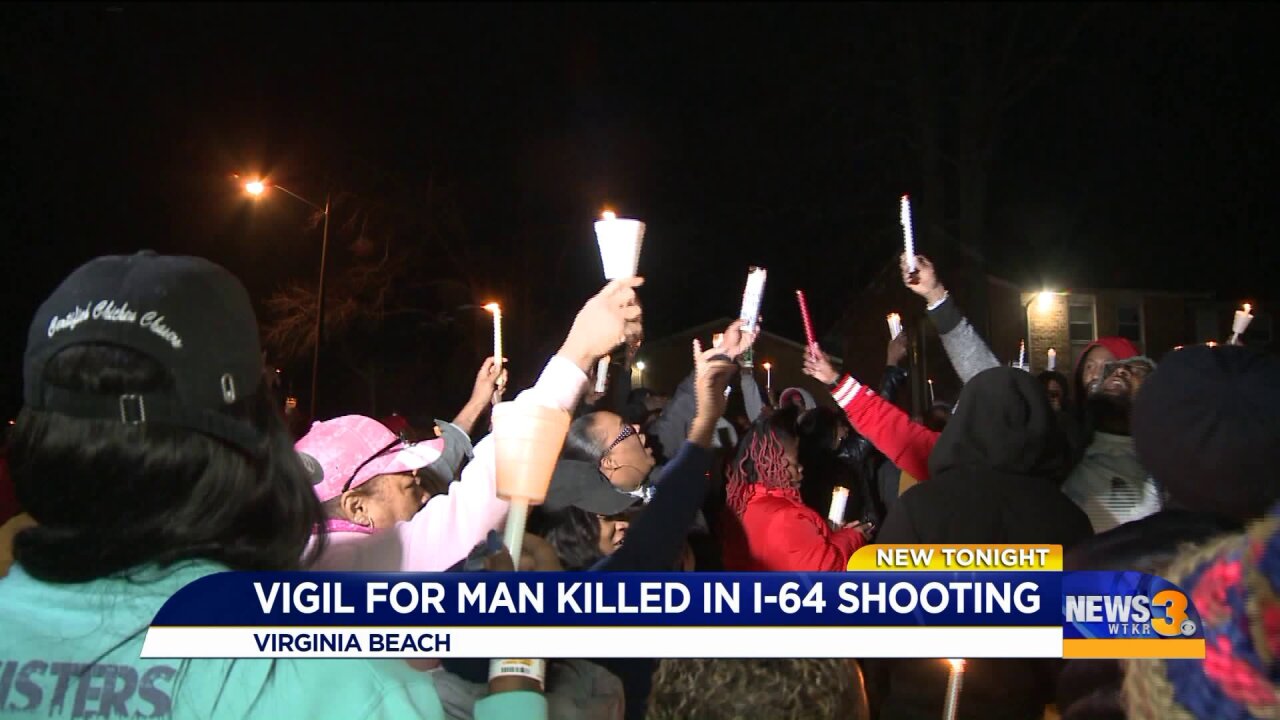 Police say he was shot and killed inside his car on I-64 in Norfolk. The incident happened early Friday morning.

“They took away a gem from us," Tijuanna Waites, Baker's cousin, said. "He was a father, a good person, a peacemaker.”

Waites is from Washington and flew to Virginia Beach when she received the news of her cousin's death. The news was also hard to grasp for other relatives, including Larry Whaley, Baker's brother.

“It’s messed up it's come to this," Whaley said. "The streets is the streets - we know that - but the boy had a good heart.”

Mourners gathered at the Ebbets Plaza Apartment, a sentimental location to have the vigil. It was there that Baker and his family lived when he was younger.

“One of my most memorable moments with him, right behind us was a sand pit," Whaley explained. "There’s a lake back there, living out here, somebody’s mom - you get caught right there, you get a beating.”

People lit up candles, comforted and hugged each other. A man said a prayer, a woman sang a hymn and another man expressed with fury his sentiments to Baker's death.

At one point, mourners spelled out "Bake" with small candles -- one of his nicknames. He was also known as "Kee-Kee." The balloons were released into the air after the crowd chanted, "Long Live Bake!"

Police have not made any arrests or identified possible suspects. Police said a white vehicle was possibly in the shooting.