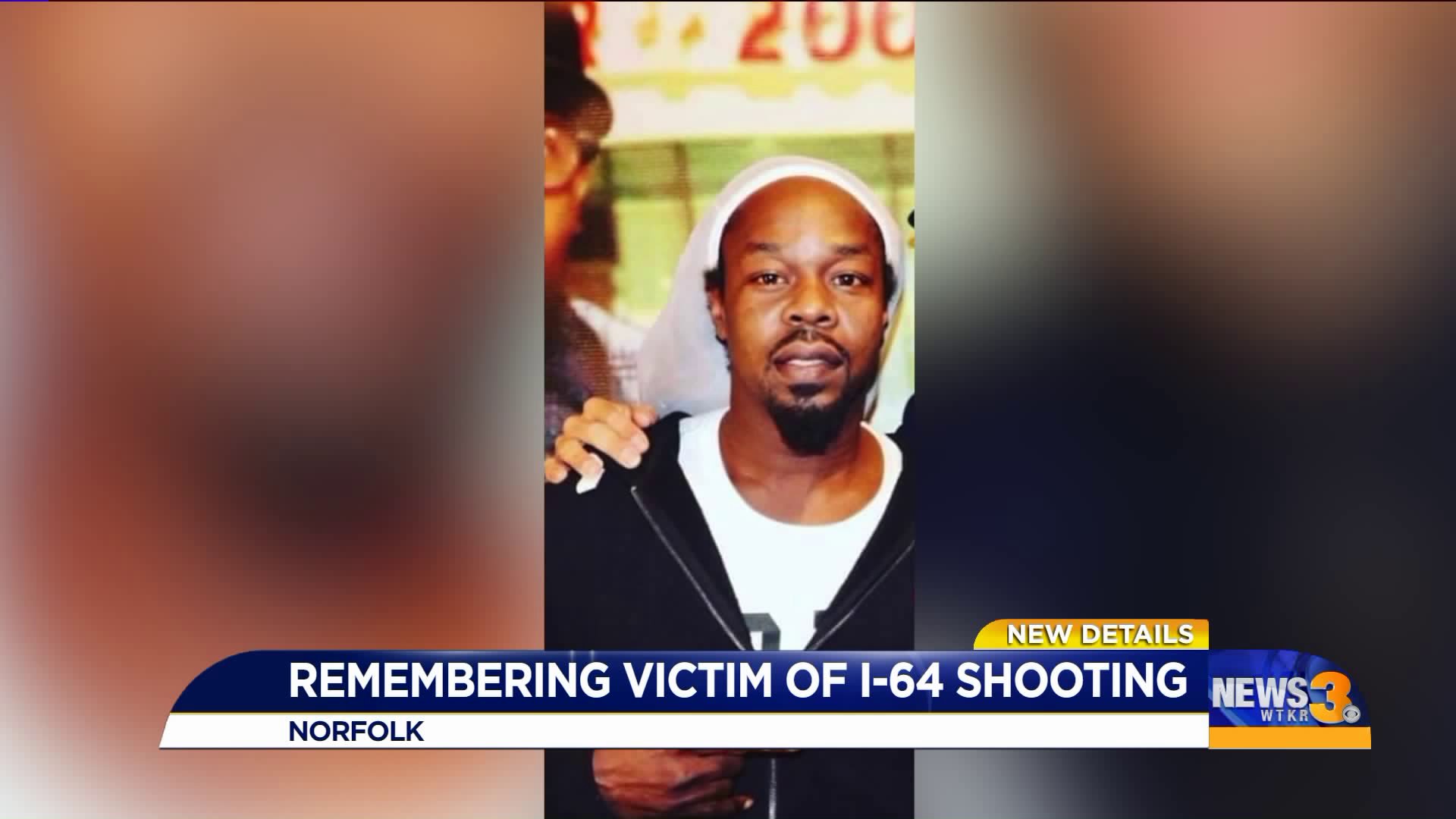 VIRGINIA BEACH, Va. - Wykemma Baker’s children are now left to grow up without their dad.

“He loved his kids,” friend Christopher Patterson said. “I do know that. He loved kids in general.”

The 40-year-old from Virginia Beach, better known by family and friends as "Bake" or "Kee-Kee," died Sunday afternoon.

According to Virginia State Police, someone shot into a car Baker and two other men were riding in early Friday morning on I-64 eastbound.

This is near Norview Avenue and Military Highway in Norfolk.

Investigators said a bullet struck Baker in the head. He was in the front passenger seat.

“It was shocking to know that he was a victim of senseless violence because he’s such a non-violent person,” Patterson said.

Patterson told News 3 reporter Brian Hill that he has spoken with Baker’s immediate family and they are still distraught knowing no one has been arrested.

“I don’t know if you might know somebody that knows somebody... please come forward and give up any information you may have so that justice can be served for him,” Patterson pleaded.

State Police said the suspect’s vehicle is possibly a white SUV or large truck. Patterson mentioned he was hanging out with Baker just before he was shot.

“Got the news a couple hours later, which is again traumatizing because I was just with them,” he told News 3.

Patterson said the 40-year-old was also a youth sports coach and was very involved with his community.

“A really solid young man who had real morals and principles about himself. That’s why it’s such... it’s trying,” Patterson explained.