Three police officers involved in separate crashes over the weekend 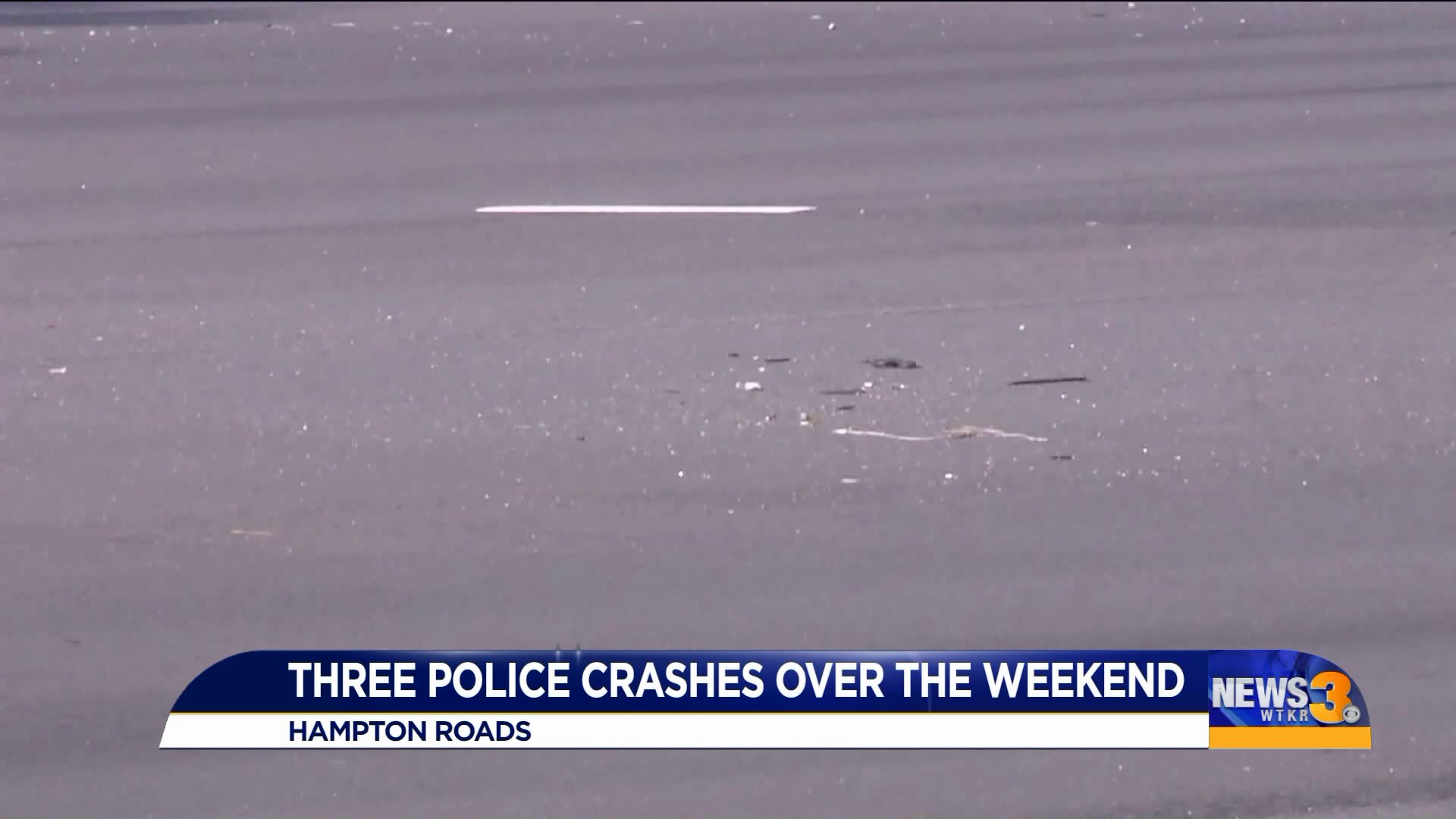 HAMPTON ROADS, Va. — It was a dangerous weekend for first responders in our area in the first weekend of the new year.

Police report officers were involved in three separate car crashes with other drivers on the road. Now, they're warning drivers about the dangers of not being alert.

Luckily, none of the accidents were deadly, but statistics show motor vehicle-related incidents are a leading cause of job-related deaths for law enforcement officers.

The first crash happened Saturday in Portsmouth around 7:15 p.m. The officer wasn’t hurt, but a woman was taken to the hospital.

“If you’re already stopped and you can pull over to the right or give that officer a little bit more room, they’re going to try and go around you on the left-hand side," he says.

Around four hours later, the second crash with a police vehicle happened in Virginia Beach. Police say two VBPD cars with their lights on were stopped behind a car on First Colonial Road at the intersection of Republic Road. One of the officers tried to get back on the road when they were hit by another driver.

“We’re on our lights for a very specific purpose: Somebody needs our help very quickly, so we’re trying to get there as quickly as possible,” says Hawes.

This time the officer and the second driver were both taken to the hospital.

The third crash happened Sunday around 11:30 a.m. and it was also in Virginia Beach.

Police says an officer was on Diamond Springs Road heading to a shooting entered an intersection and collided with the police vehicle. The officer was not hurt, but EMS responded to check on the people in the other car.

Sgt. Hawes warns that intersections are a place where drivers need to be cautious when approaching if sirens or lights are enabled.

Sgt. Hawes  says drivers should always eliminate distraction and look out for police even if they are stopped on the side of the road.

The causes of all the crashes are under investigation.