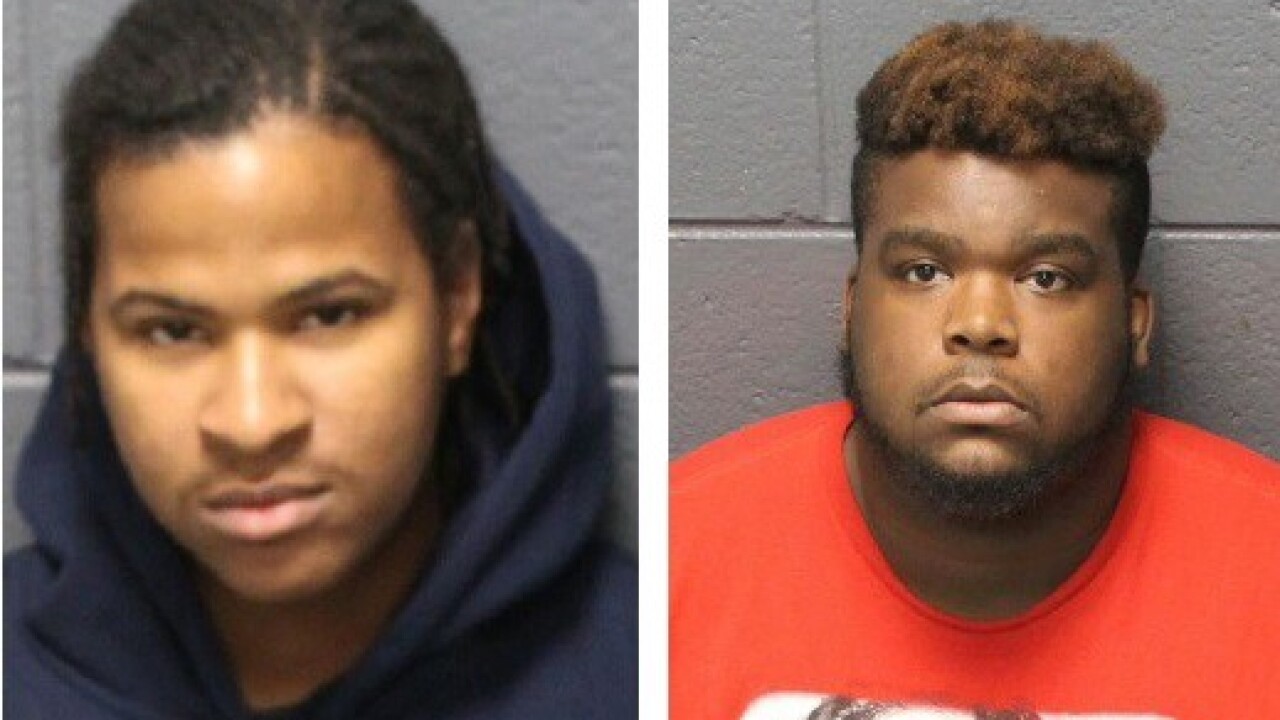 HAMPTON, Va. – The two men accused of shooting and killing a local father in October have been arrested, the Hampton Police Division announced Monday.

Around 4:15 a.m. on October 19, 2019, police responded to the 1100 block of W. Pembroke Avenue for a shooting that just happened. Officers arrived to find 40-year-old Gregory Blythe sitting in a vehicle after having been shot.

Blythe was pronounced dead on scene.

27-year-old Linwood Ellerbee of Hampton was arrested by the Fairfax Police Department in Fairfax, Virginia, on December 31. He has since been extradited back to Hampton and is currently in custody at the Hampton City Jail.

27-year-old Tavon Maurice Wright of Hampton was arrested in Jacksonville, Florida, on December 15. As of January 6, 2020, he remains in custody in Jacksonville and is awaiting extradition back to Virginia.

Ellerbee and Wright had warrants on file for Murder, Use of a Firearm in the Commission of a Felony, Possession of a Firearm by a Convicted Felon and Shooting into an Occupied Vehicle.

Police identified the two as suspects in Blythe’s homicide in November 2019.

News 3 reporter Kofo Lasaki spoke to Blythe’s family after his murder. He was killed just days before his 41st birthday and the birthday of his 14-year-old daughter, Destiny.