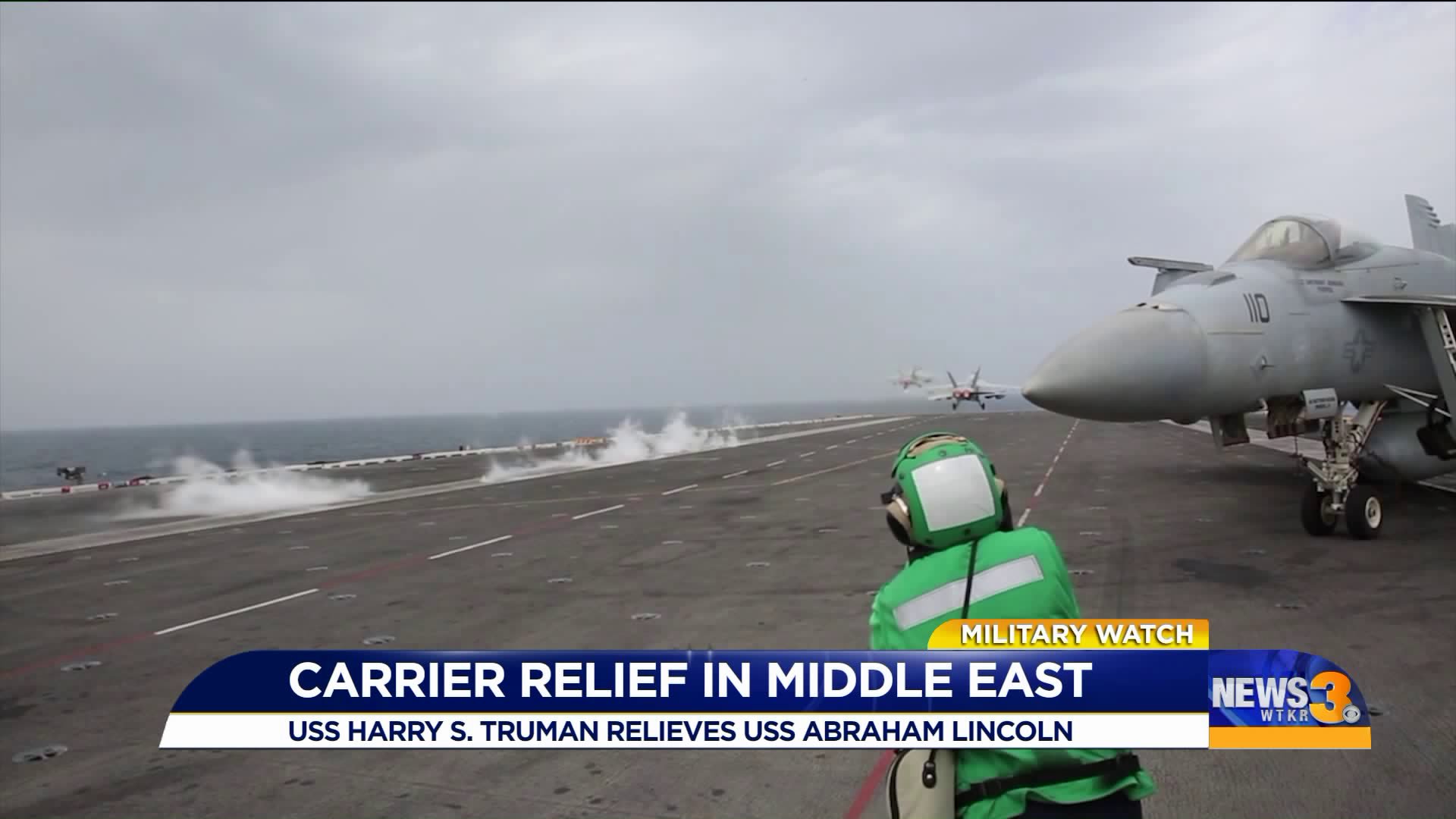 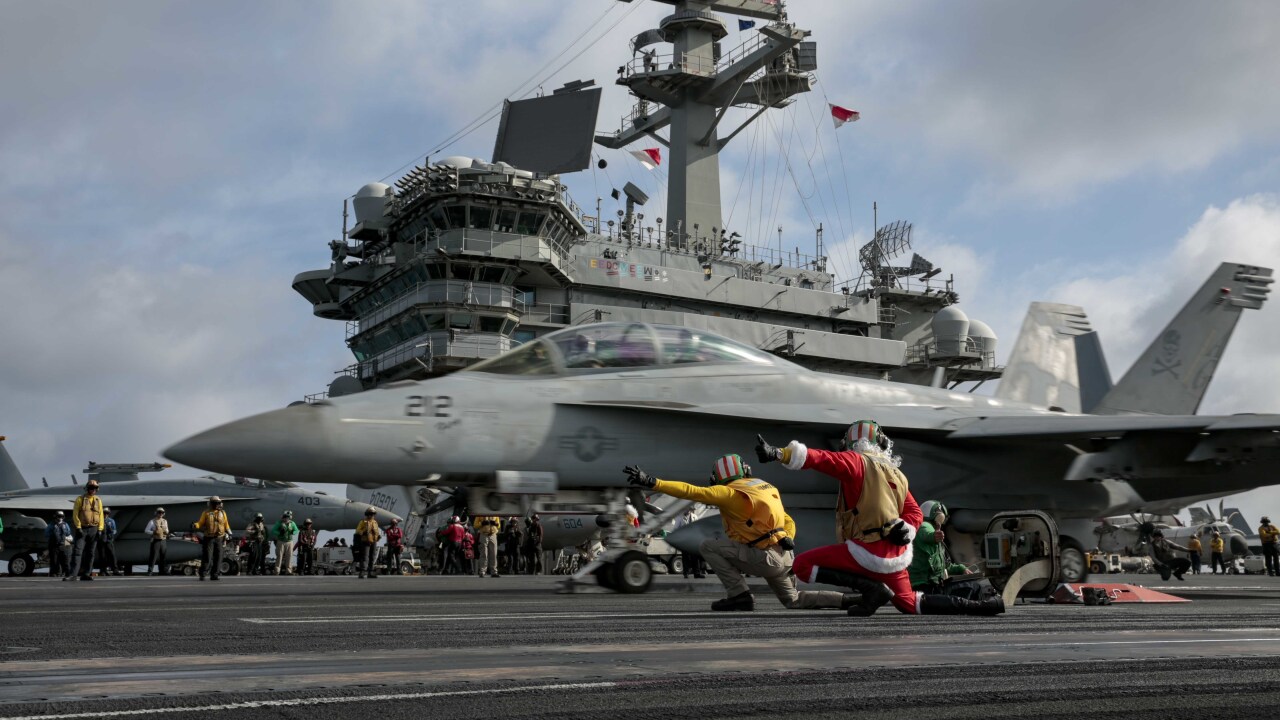 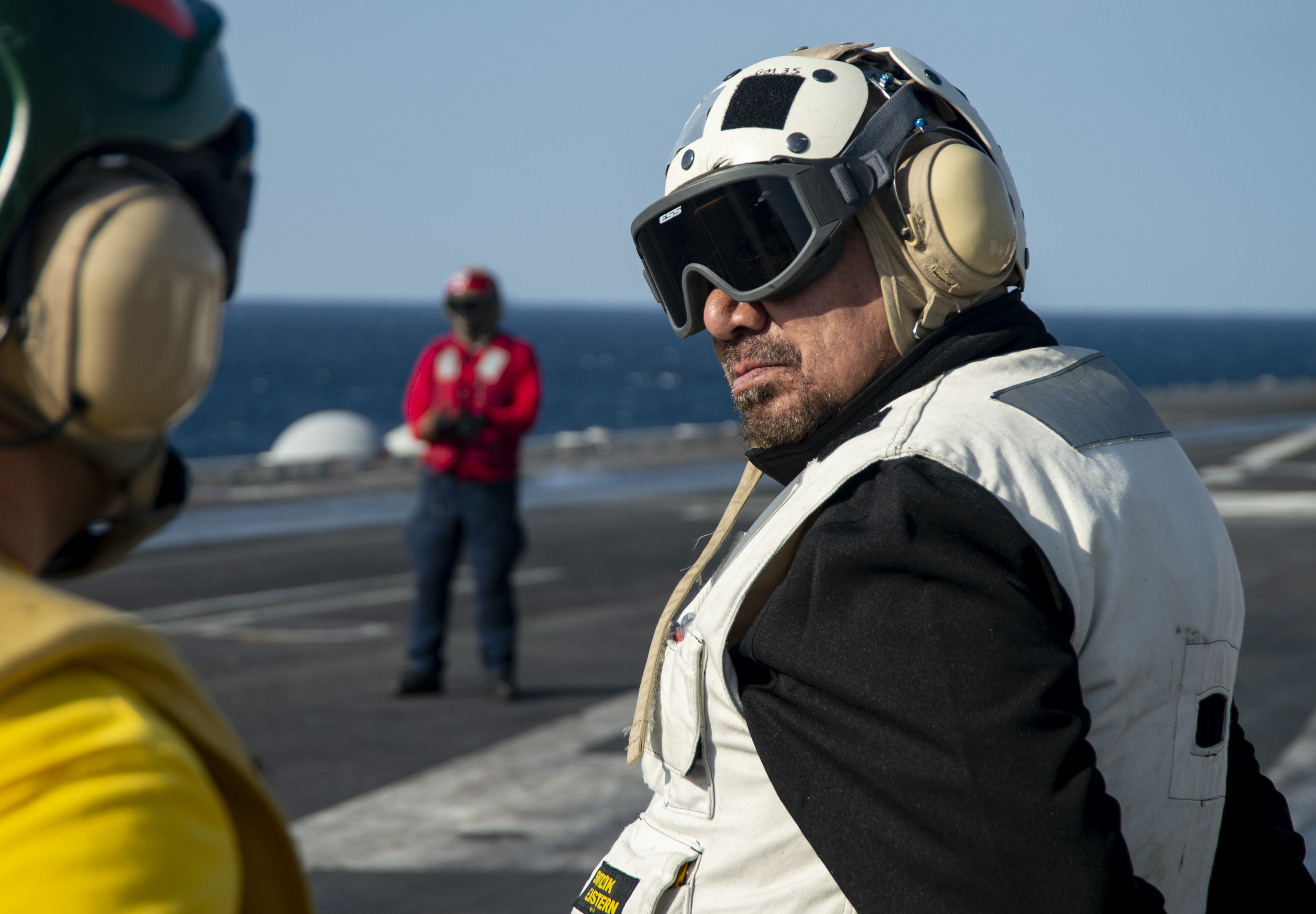 NORFOLK, Va. – The Norfolk-based USS Harry S. Truman has started operations in the Middle East, relieving the USS Abraham Lincoln in the region.

The Navy says the Truman began conducting maritime security and flight operations in the U.S. 5th Fleet area of operations on the Friday before Christmas.

The arrival of the Truman was likely welcome relief for the crew of the USS Abraham Lincoln, which has been on deployment since leaving Norfolk on April 1.

The Lincoln is on an around-the-world deployment that is scheduled to end with a new homeport of San Diego, California.

In early May, the Lincoln was expedited to the Middle East amid escalating tensions with Iran and had been operating in the region since then.

The expected relief by the Truman was delayed for several months after an emergent electrical issue kept the Truman stuck in port from August until repairs could be finished in November.

The escort ships of the Truman strike group ended up deploying without the carrier in September, forming a Surface Action Group.

After leaving Norfolk on November 18, the Navy says the Truman accelerated passed to U.S. Central Command.

“The hard work of this crew during recent operations in 6th Fleet have prepared us to be here,” said Captain Kavon Hakimzadeh, commanding officer of the Truman in a statement. “I am proud of this team, and we are ready to operate in 5th Fleet.”

Navy photos show that the Truman got a visit from entertainer George Lopez a  few days before Christmas.

Meanwhile, the long deployment for the Lincoln continues. The Navy shared photos on Christmas Eve showing the crew conducting flight operations in the South China Sea.

There’s no word on when the Lincoln might arrive in San Diego.