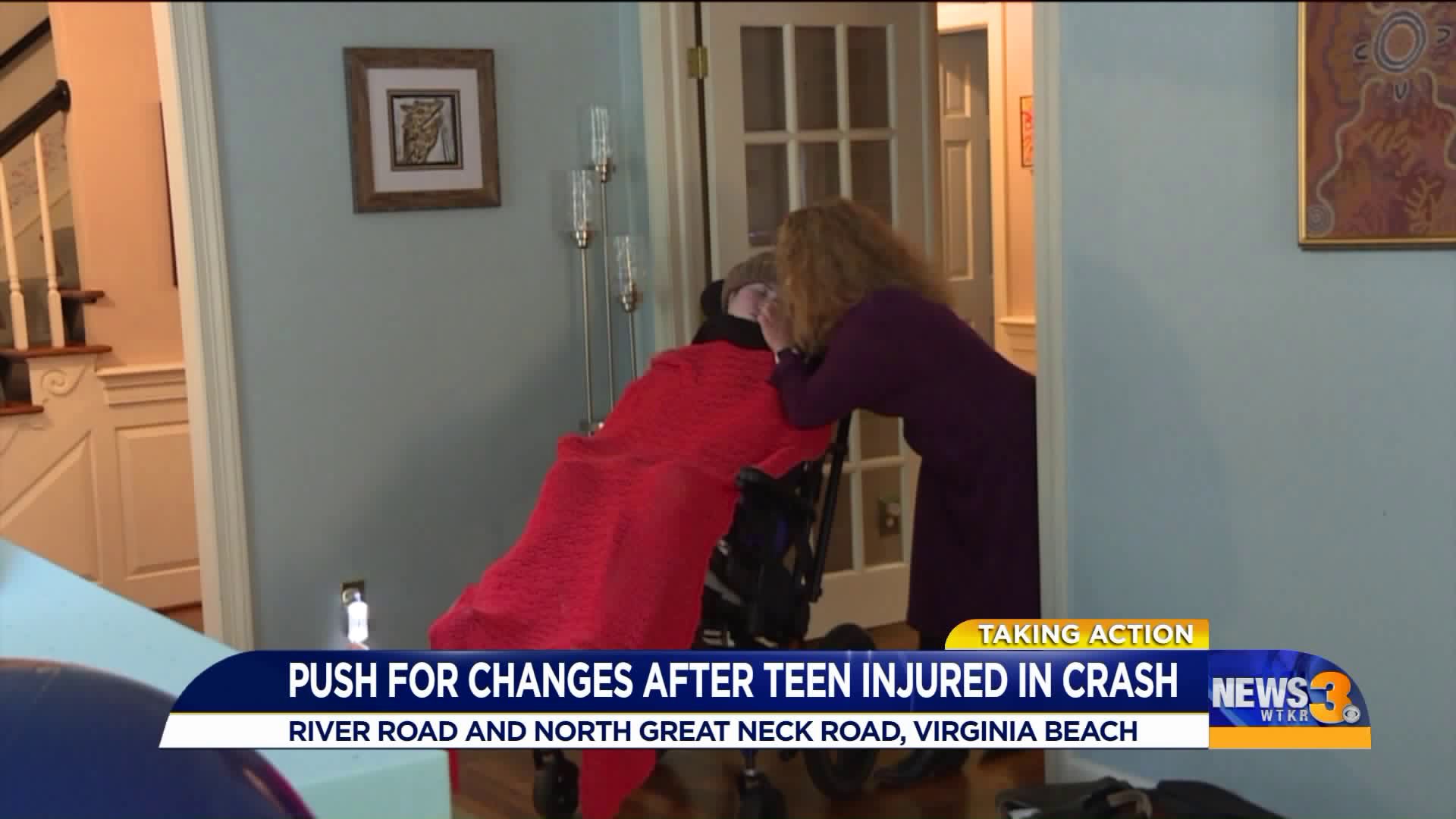 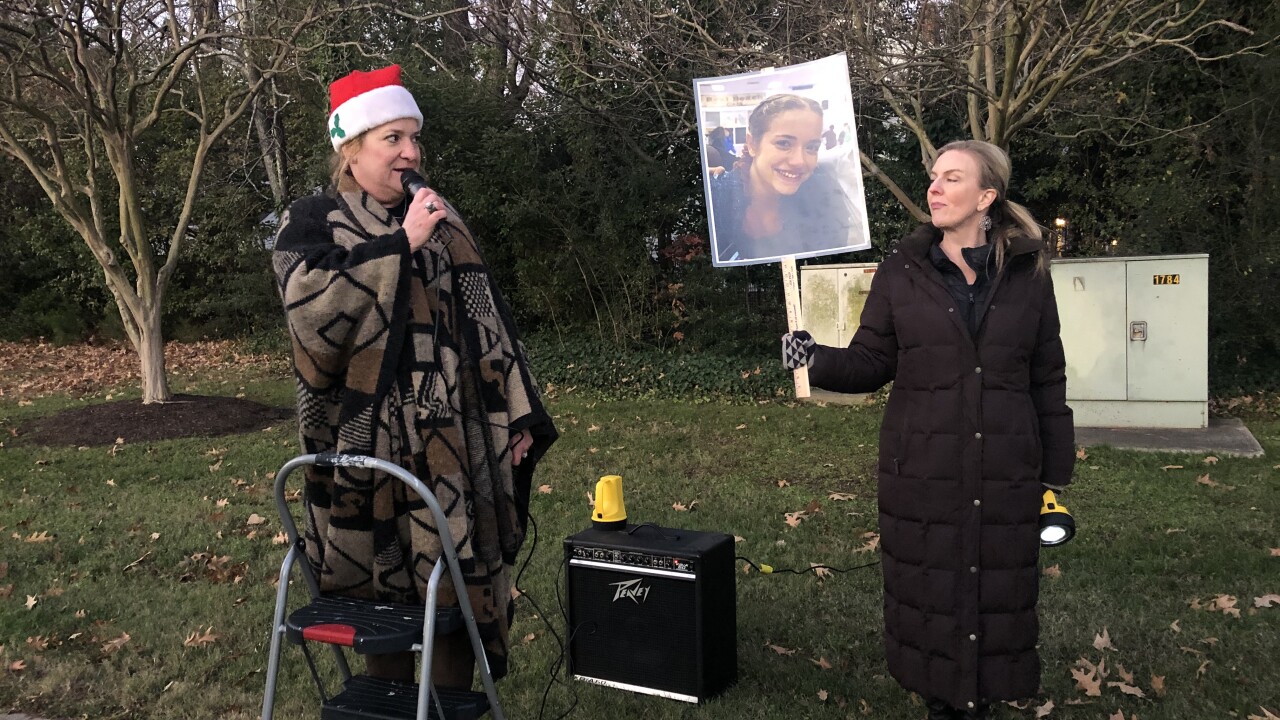 VIRGINIA BEACH, Va. - The road to recovery hasn't been easy for Sedonia Triepel.

The Virginia Beach teen was critically injured in a car crash at the intersection of River Road and North Great Neck Road one year ago.

The crash caused her to have a traumatic brain injury, and since then, Sedonia has undergone 23 surgeries.

After the devastating crash, multiple citizens came forward asking the city to make safety improvements. They promised they would offset the left turn lanes by the end of December 2019 to increase visibility.

They failed to meet that deadline, but officials say it's not for lack of empathy or trying.

The city was shaken after a gunman opened fire at the municipal center, taking 12 innocent lives.

Some of those folks even had a direct hand in the traffic improvement project.

"We couldn't foresee 5/31, and that has had a ripple effect for all our projects [in] public utilities. I mean, it's just been a real change in city," Drew Lankford with the Department of Public Works said.

Lankford says the changes have been delayed but not forgotten.

The two unimaginable events proved to have lifelong ripple effects.

Carrie is sympathetic to the city, but says she would have appreciated more transparency.

"It would have been nice even in the updates that we posted to say, 'There’s a delay and this is why.'"

To raise awareness about what happened and the setback, family and friends met one year later and walked the path Sedonia's car took. They held signs hoping to force change and start a conversation.

Lankford says the project is expected to start on Thursday. He says construction will begin January 2 and will take about 45 days.

Carrie says she still wants more to be done. She wants the speed limit changed and more safety for people walking in the crosswalk.

"I know people that live in this neighborhood, and they will not leave at this intersection because it’s so treacherous," she says. "Time will tell if it is a good start by future safety incidents here."

She says she's standing up for her daughter the only way she knows how, and it's by speaking up to make a start.

As for Sedonia, the teen continues to improve slowly each day.