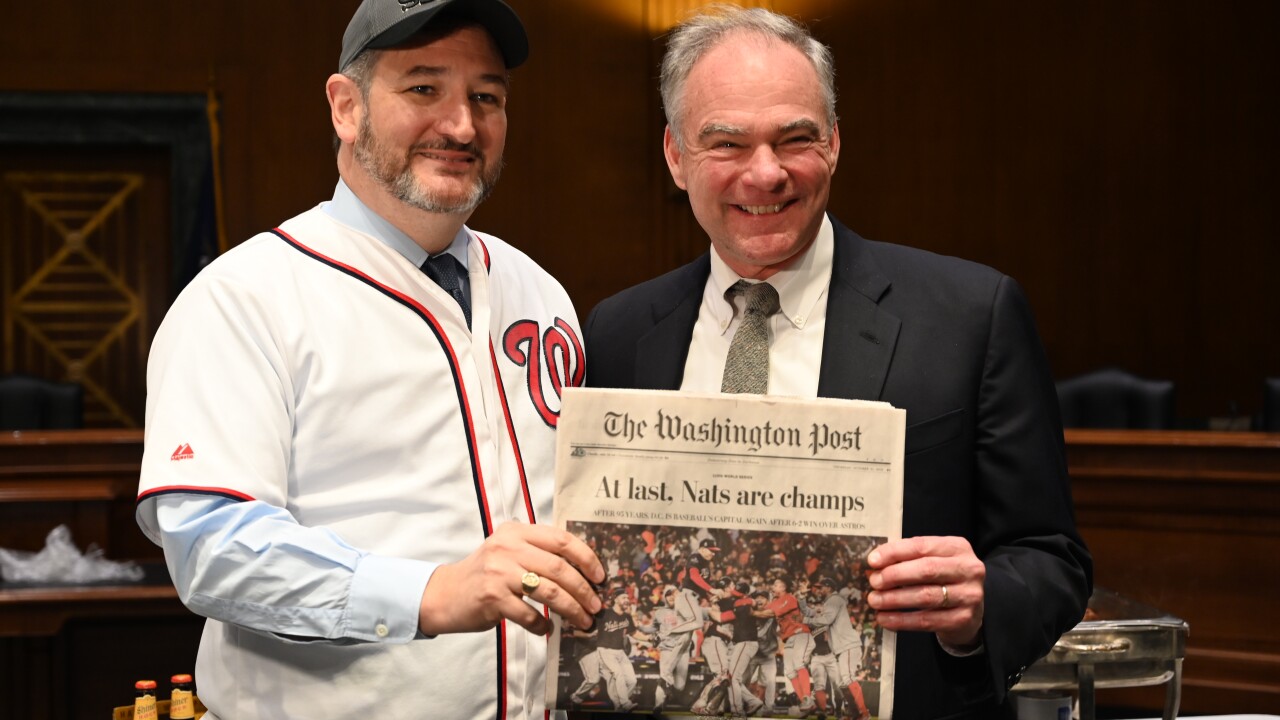 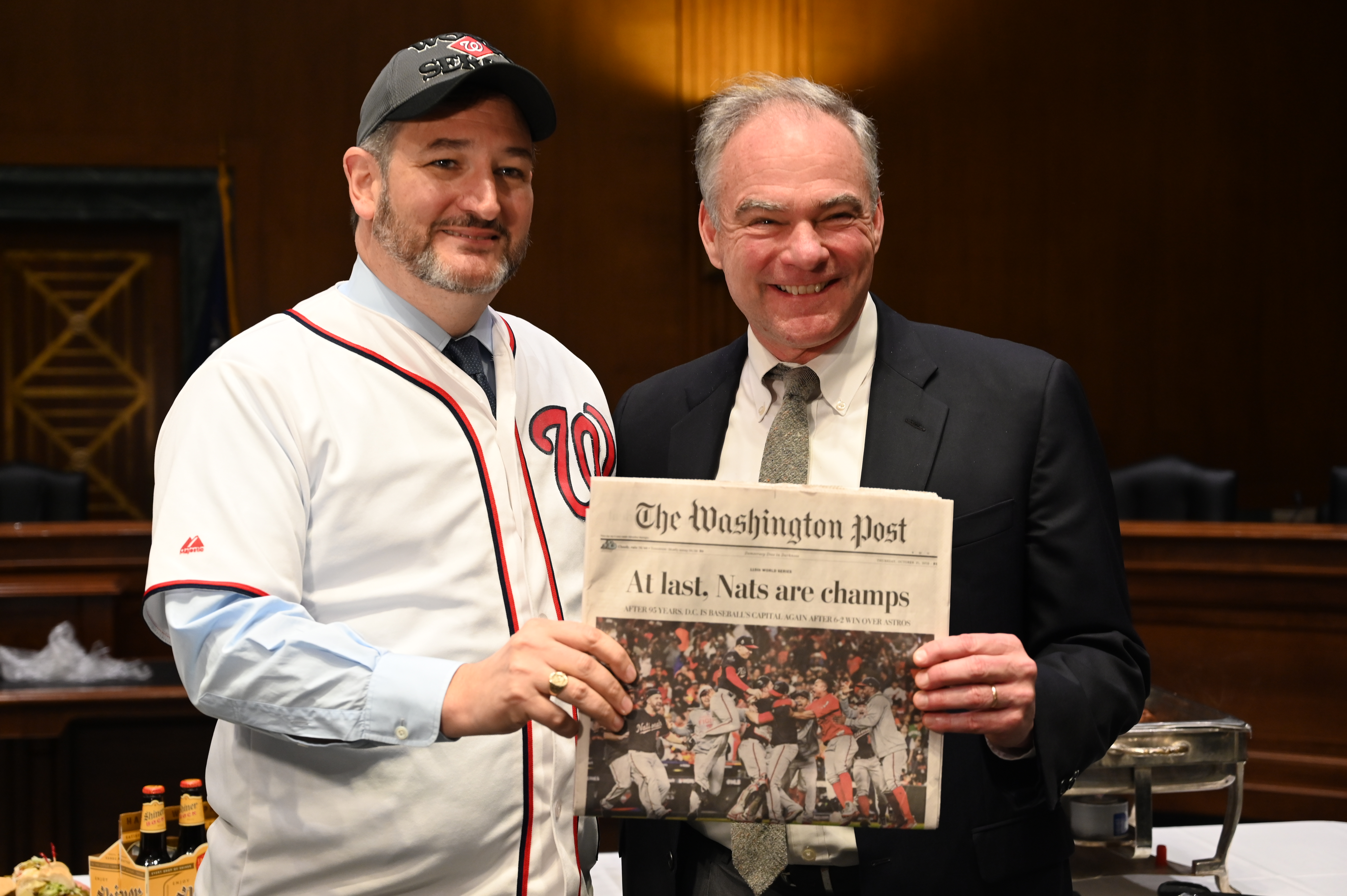 After the Houston Astros lost this year’s World Series to the Washington Nationals, Sen. Ted Cruz made good on his bet with Virginia Sen. Tim Kaine.

The Texas Republican had Texas barbecue and Shiner beer flown into D.C. for Kaine and his staff – all while wearing Nationals gear. Had the Astros been victorious over the Nationals, Kaine promised he’d don Astros gear while serving Cruz’s staff Chesapeake crabcakes and Catoctin whiskey.

“We graciously accept the food that a gracious loser has offered to everybody today,” the Virginia Democrat joked Thursday.

“It is with great pain that I acknowledge a modern-day calamity. Occasionally the bad guys win,” Cruz added.

Cruz chose the jersey of Texas native Anthony Rendon, so he got to keep a little bit of the Lone Star state in his attire.