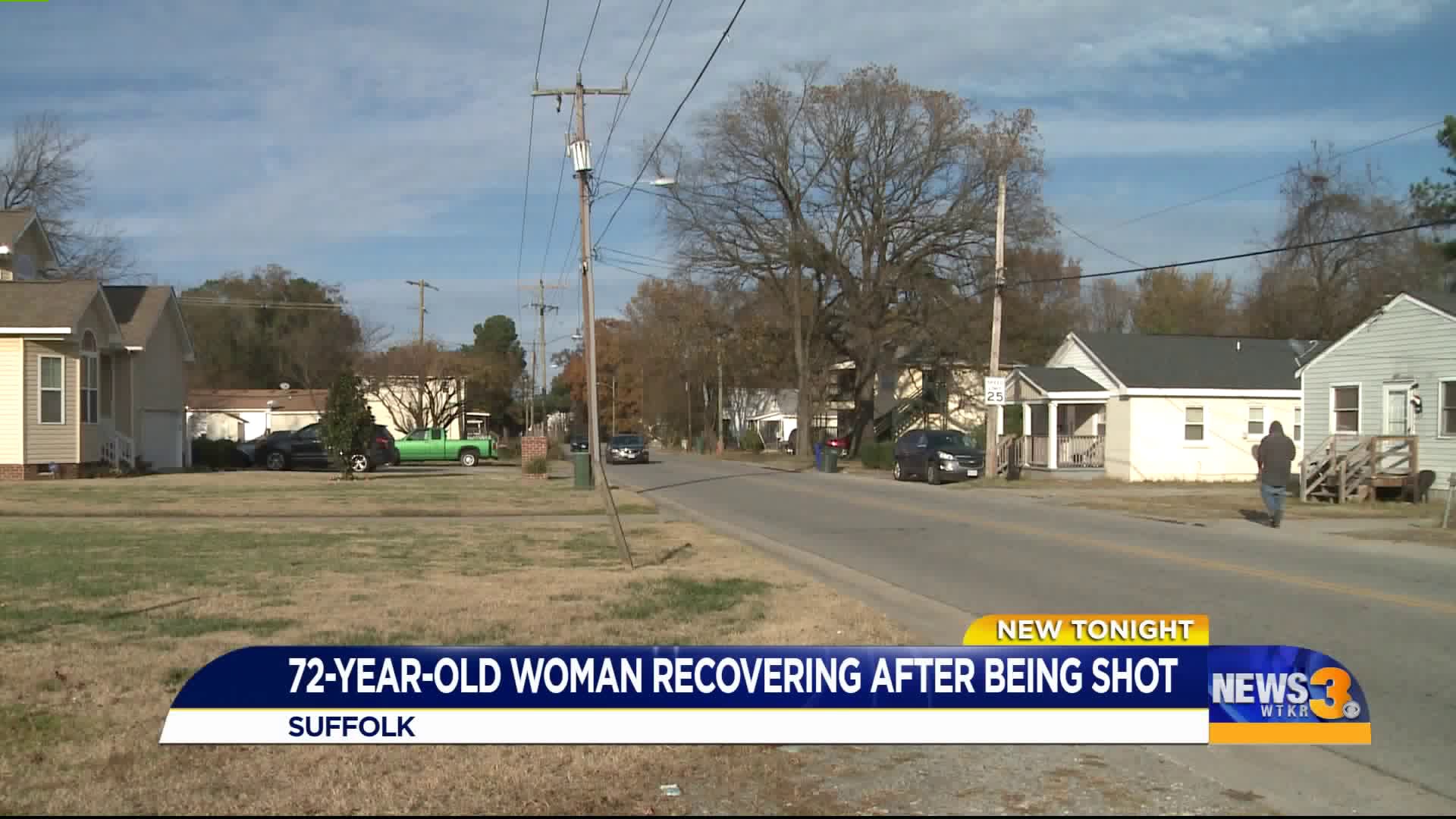 Instead, she will be cooped up in a hospital bed fighting to recover from a gunshot wound.

The mother and grandmother was struck by a stray bullet on November 20 while she was inside her home on County Street in Suffolk.

Vanito was sitting on the steps inside when the bullet pierced the front door, hit her in the arm and traveled through her body.

Suffolk Fire & Rescue personnel gave her emergency medical assessment and treatment, and she was airlifted by Nightingale to a local hospital.

"When she moved her hand, there was blood on her hand, so you know - she had been shot," her daughter said.

The chaotic aftermath was all captured on the family's home surveillance footage. In the video, you can see officers and paramedics rush through the front door, then moments later wheel Vanito out on a stretcher.

Her daughter told News 3 reporter Erin Miller that this situation is something her mother is all too familiar with. Before retiring, Vanito was a trauma nurse at Sentara Norfolk General Hospital.

"She knows everything she's facing. She's seen it before, but this time it's just her," she said.

Vanito was supposed to be released on Saturday but keeps running into medical complications. Despite some setbacks, her lively personality is too bright to be kept down.

Her family says she's a giver to the community and an organizer for Suffolk's annual National Night Out.

Leaning on her faith, Vanito's fighting to get home so she can already start planning for next year.

"She wants everyone to know she’s not giving up. She’s a fighter and she has faith to believe something will be done about this - and it will be," her daughter said.