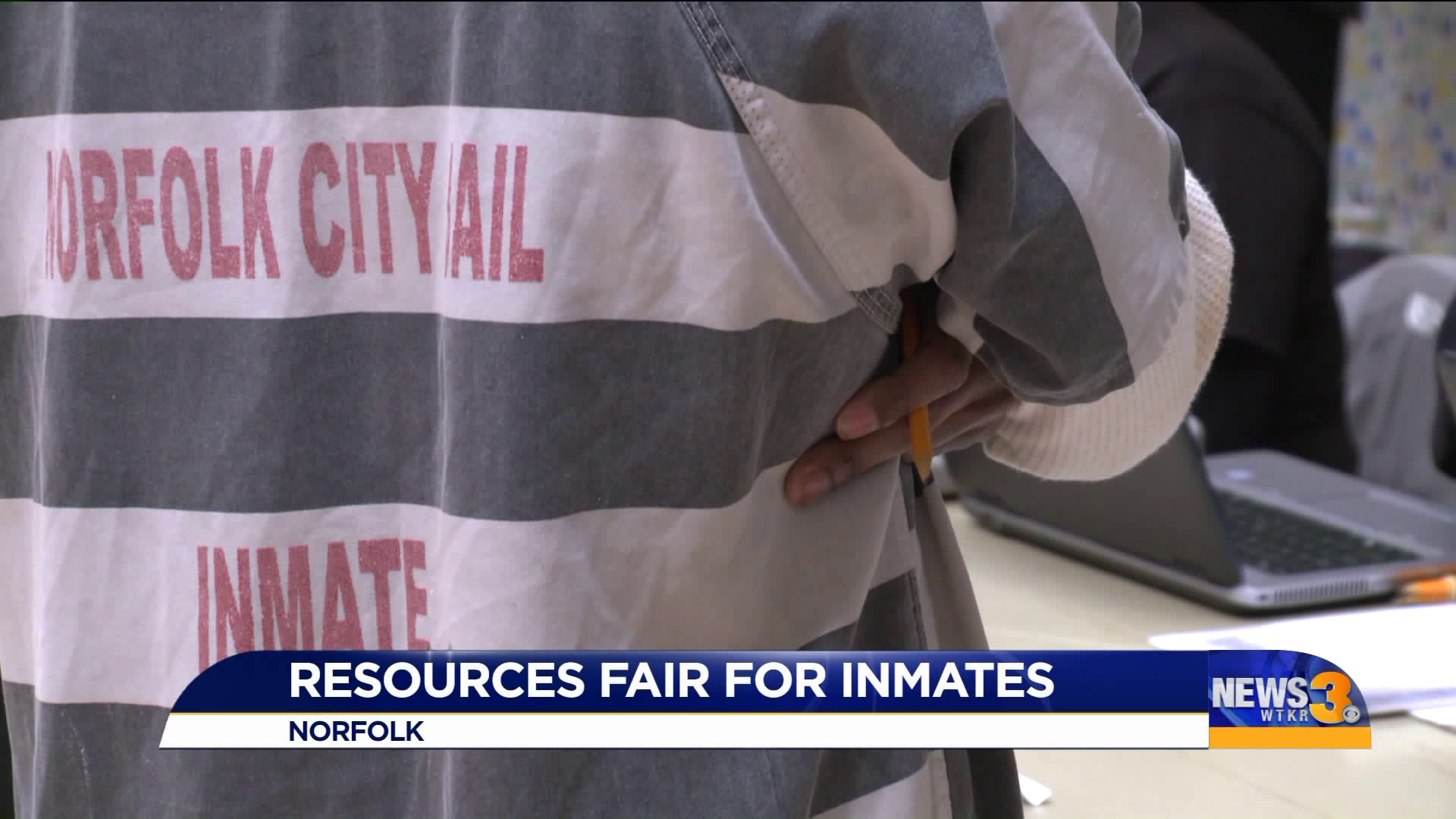 NORFOLK, Va. - On Wednesday, about 150 Norfolk inmates were able to participate in a program geared toward helping them find success once released from behind bars.

It was the third resource fair inside of the Norfolk City Jail for inmates who have six months or less left on their sentence.

Norfolk Sheriff Joe Baron said the idea is to bring many resources from the community into one location for inmates. It’s all in hopes to prepare them for a better life when they are released back into society.

“It has a lot of resources that I will need. I had to talk to the child support people and health insurance. Even though I have a job that I’m going to go back to, I still need insurance until I’m able to be reemployed," said Lamont Rowe, an inmate at the jail.

The Norfolk Sheriff’s Office says the next resource fair will be in another six months.