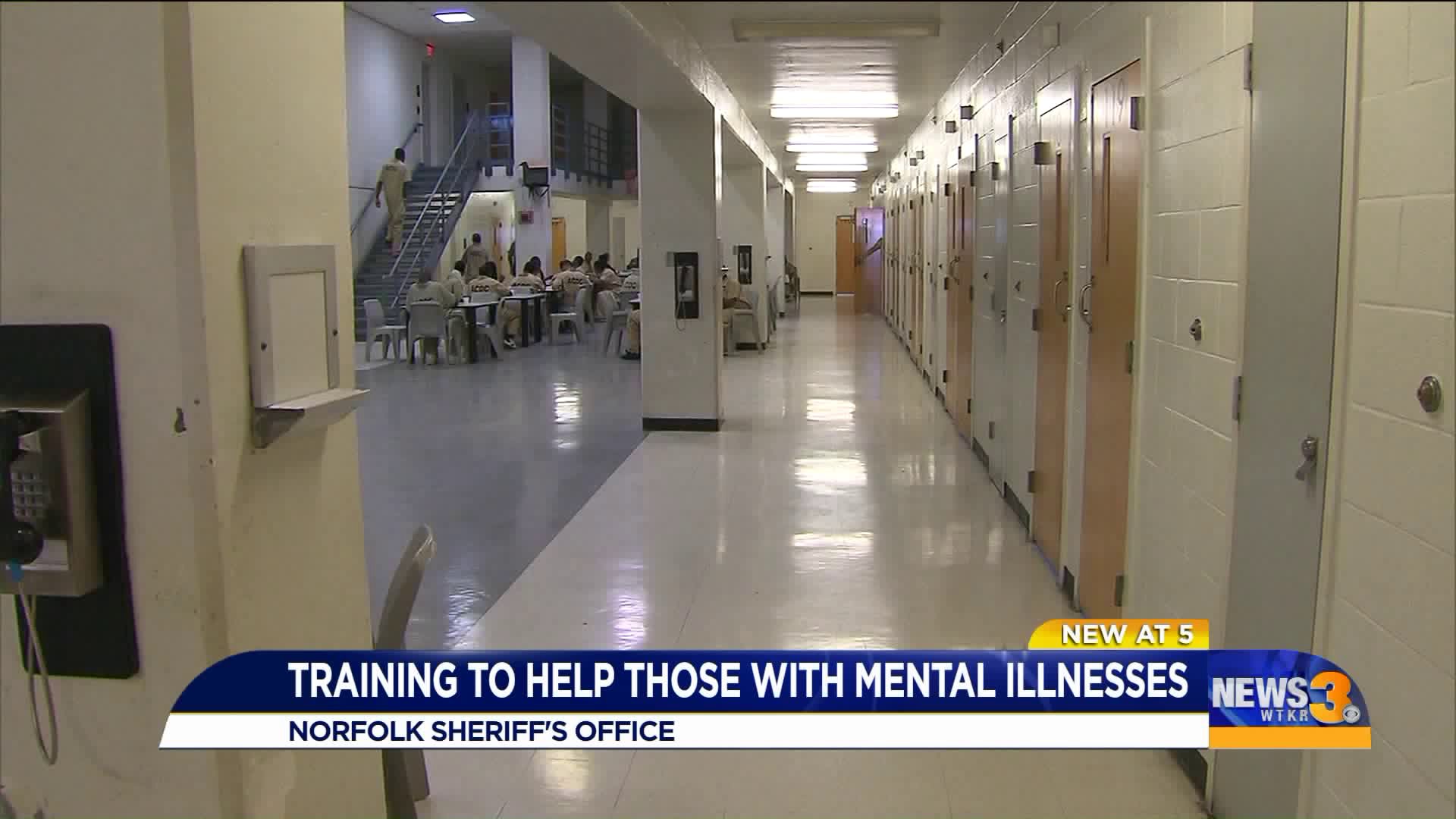 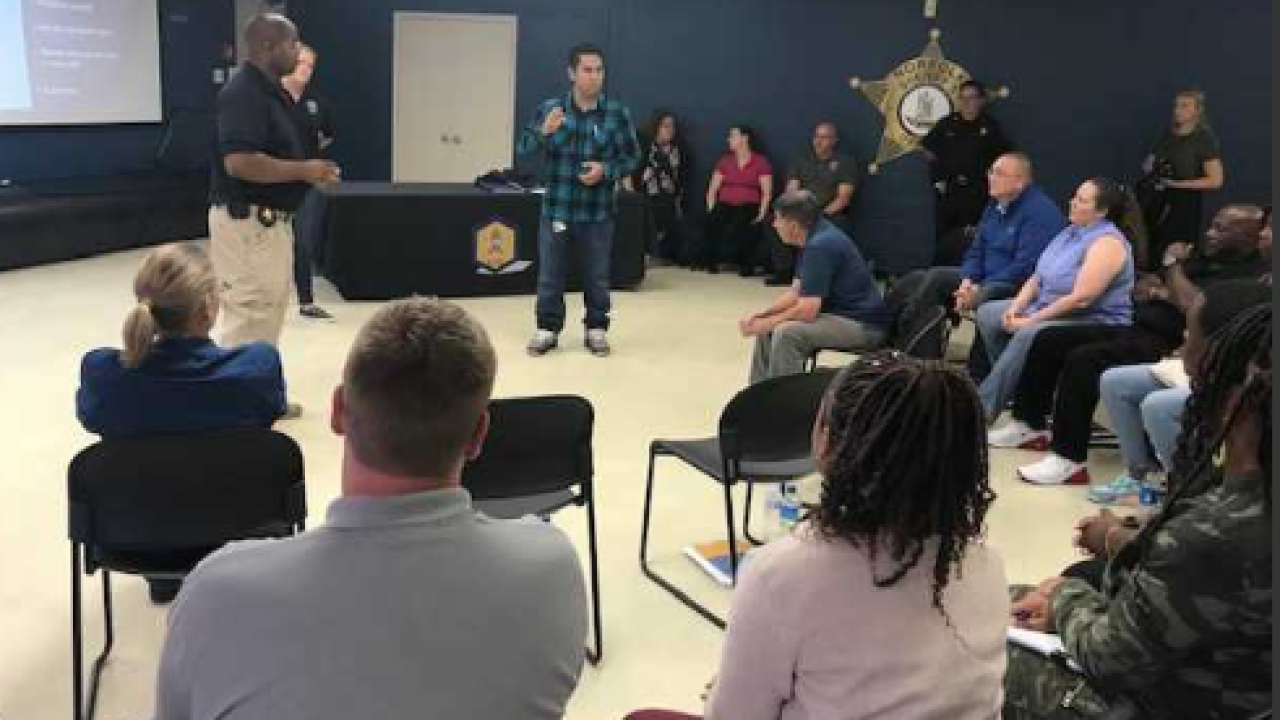 In the past, a few deputies a year would go through law enforcement-specific crisis intervention training with police. However, they worked to get their own certified instructors, according to leaders with the Norfolk Sheriff’s Office.

The sheriff said he wanted more of his people trained in scenarios specific to dealing with crisis intervention in the jails.

The ultimate goal is to train all 380 sworn officers and then make the training part of the academy.

Mental illness is an issue that law enforcement officials deal with constantly.

“When it comes down to it, we’re dealing with people and anytime that you can better communicate better, it’s better,” said Sgt. Gregory Gill with the Norfolk Sheriff’s Office.

Sheriff Baron reports that 30% of the people inside of his jail have received mental health treatment, and about 80-90 are seriously mentally ill.

He said many times inmates go to court and come back after getting bad news, having family issues or dealing with deaths while they’re locked up.

He said a mental illness can be difficult to spot.