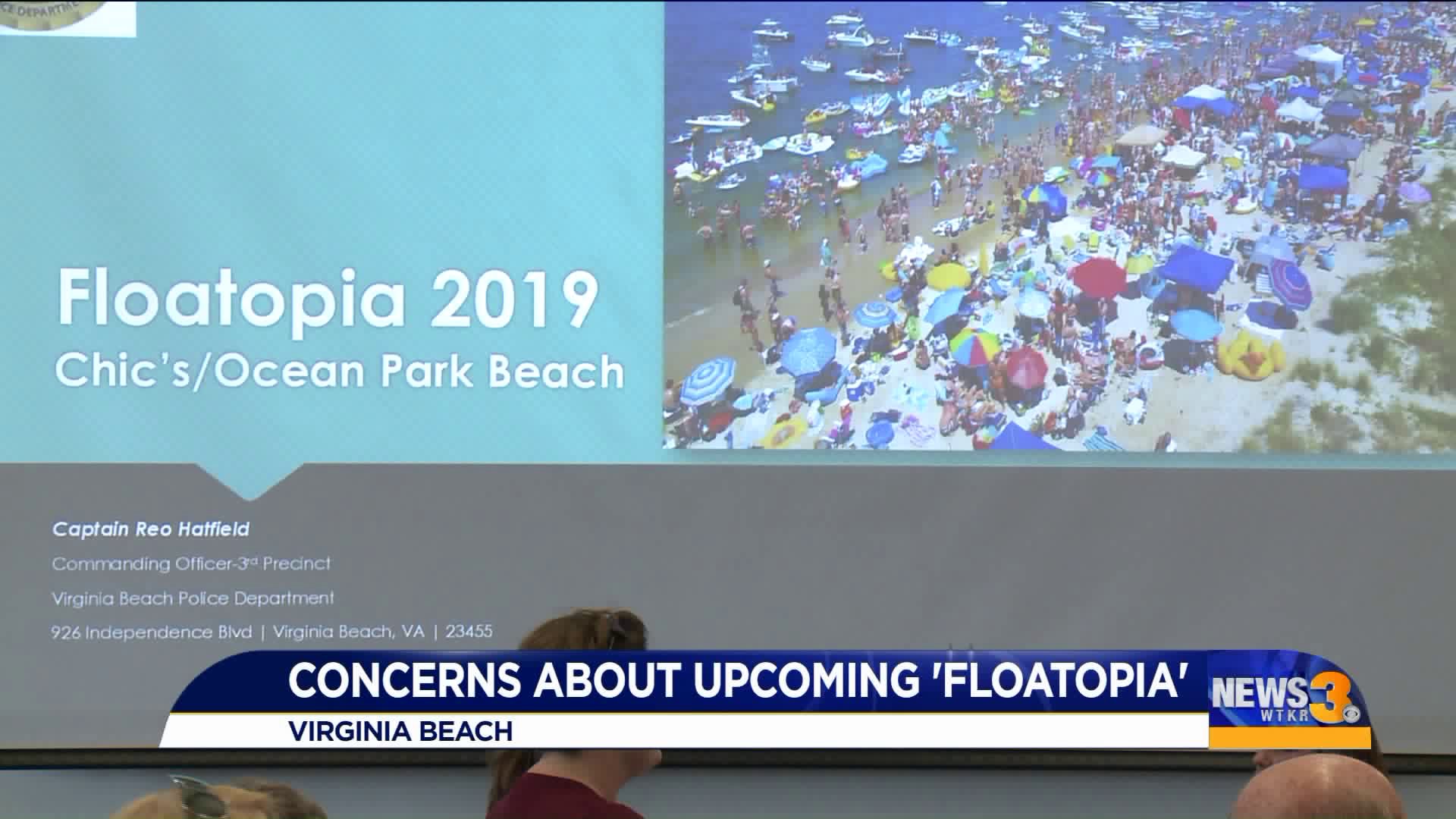 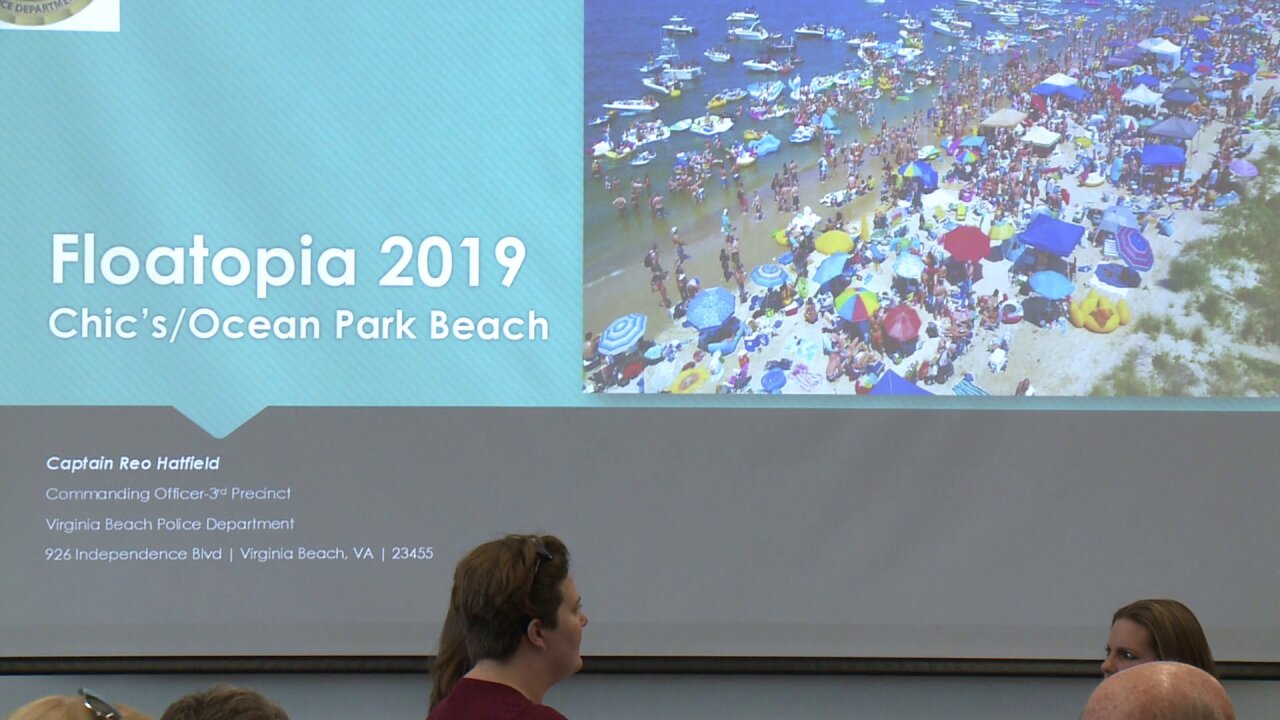 VIRGINIA BEACH, Va. - Instead of being excited for the Fourth of July weekend, a lot of folks in Virginia Beach are worried what it might bring.

Trash left over from Floatopia

Another Floatopia event is planned for that weekend, and locals are concerned the people who are going will leave the beach a mess again.

If you recall, the same event was held on Memorial Day weekend - and afterwards, the beach was littered with trash.

Thursday night, they met with city leaders and police to discuss possible solutions.

To prepare, police are adding more resources and officers on patrol on the streets and beaches. They're also adding extra trash cans and dumpsters, along with a post-event beach clean-up.

"We're counting four Floatopias this year: Two in Virginia Beach, two in Norfolk and then 3 next year, which is what the indication is then on," said Captain R.B. Hatfield.

The known organizer for Floatopia says the event will be moved to Norfolk, but the city says if they do that, they'll have to submit a permit.

The City of Virginia Beach says regardless of what happens, they want to be prepared and keep their people safe.