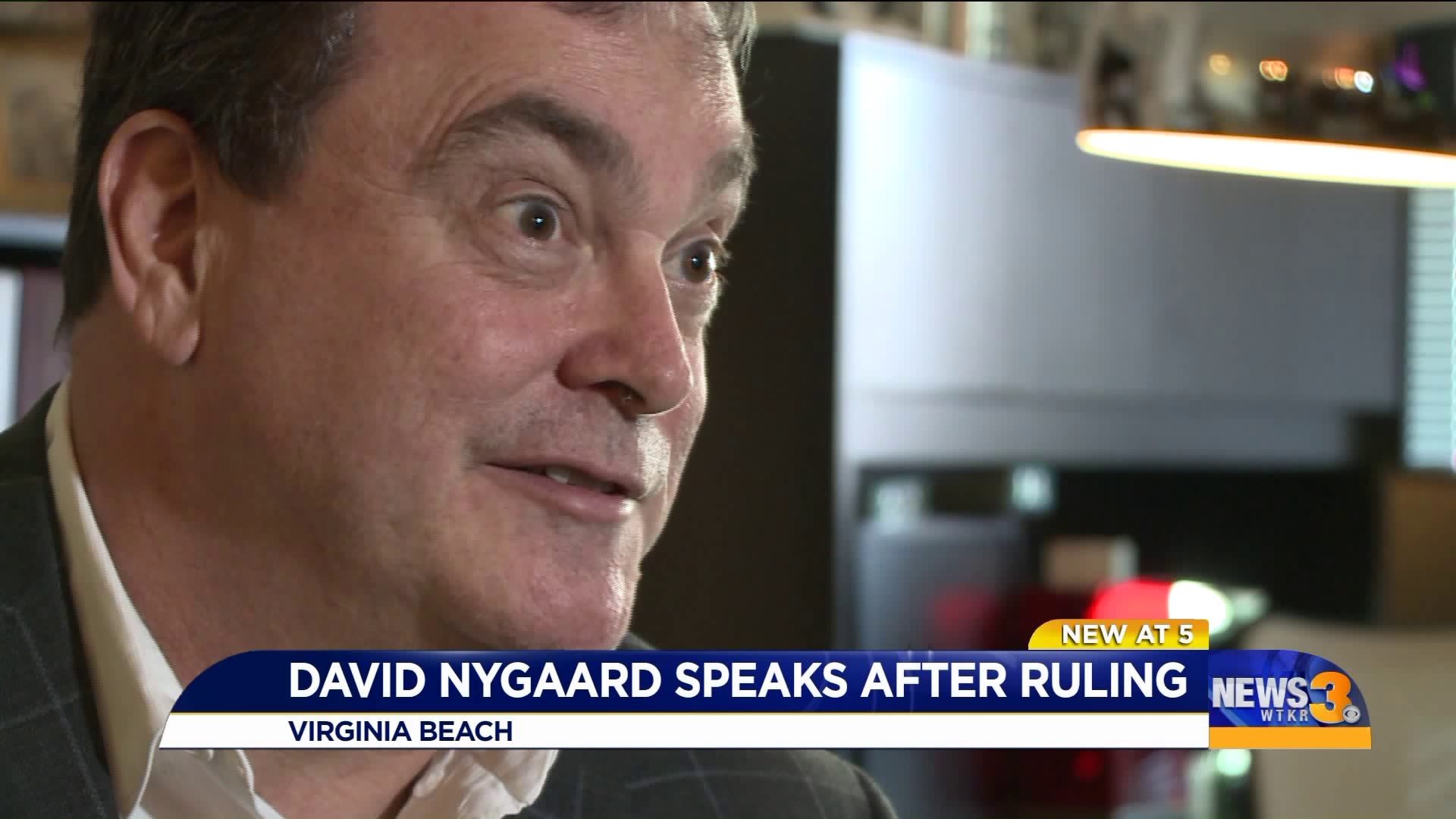 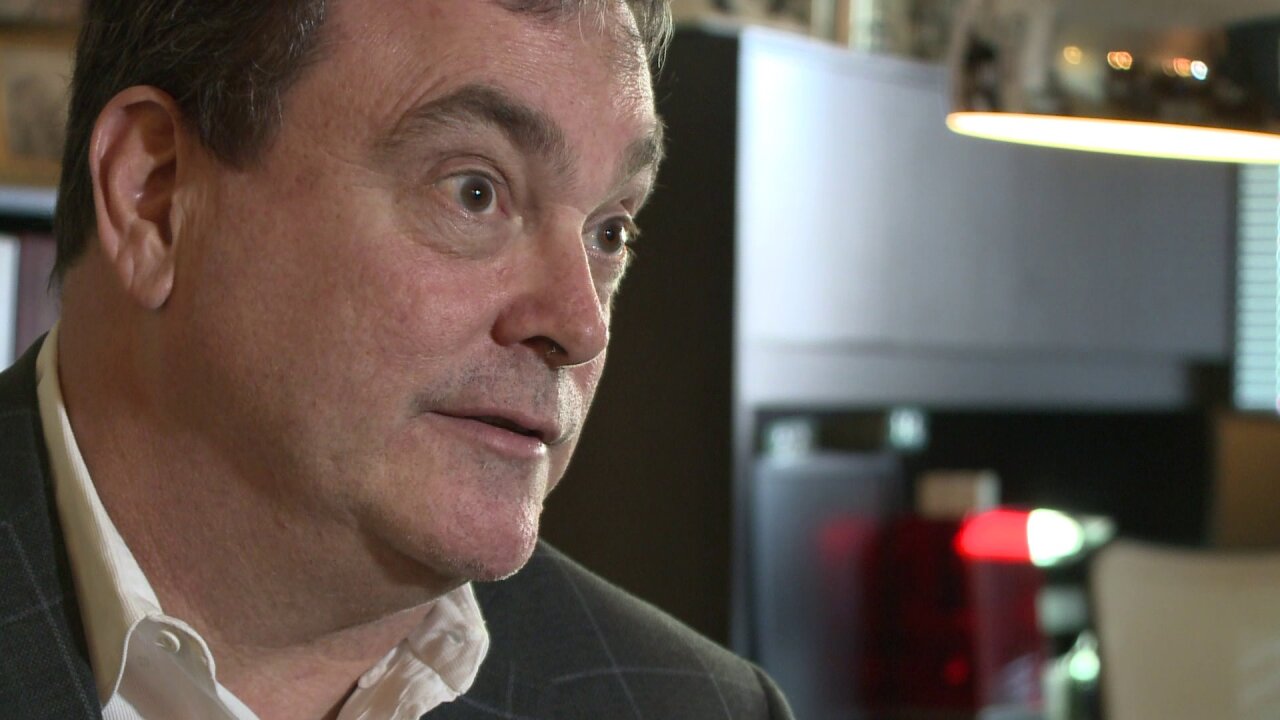 VIRGINIA BEACH, Va. - In his first interview since three judges ruled he can no longer serve on city council, David Nygaard explained he thought he was following the rules during his run for city council last year.

On Wednesday he added that they are submitting a motion asking for reconsideration after altered documents were discovered and according to Nygaard, withheld in the case.

Nygaard said they discovered the cover pages for the leases were different and claim one in the Uhrin case had a phrase written later to possibly affect the outcome of the case. He also said the second lease had the phrase “to establish residency” added to the page to possibly influence the judges.

The panel of judges announced their decision on Friday following a two-day trial in February. Nygaard's opponent, former city councilman John Uhrin, contested that Nygaard didn't really live in the district during the campaign and thus was ineligible to represent the Beach district. The judges ruled in Uhrin's favor and said the election is void.

Nygaard says he was always transparent with voters that he was moving from a house he co-owns with his dad into the district in order to run, something he thought he was allowed to do. Still, he maintains he lived at a duplex on 20th Street 80 percent of the time.

"What I did was by the rules that they gave me," he said. "Many people have done it before and the voters were well aware of it."

In their ruling, the judges referenced Virginia statute saying to be a registered voter requires "both domicile and place of abode" and that the person must live in a locality with an intention to remain.

They note that city charter requires candidates be residents of the district they want to represent at the time they file to run. In addition, they say the Virginia Supreme Court has said candidates can only have one legal residence for the purposes of running for office.

In this case, the judges said Nygaard did not intend to establish residency at a duplex on 20th Street, but only to run for city council.

The registrar didn't respond to a request for comment before publication.

The judge's ruling also notes that Nygaard didn't appear in the courtroom during the trial, forcing them to rely only on witness testimony. Nygaard said if he took the stand it could've been too personal for his family. He also believes he could've had to testify for hours, allowing the other side to distort things.

"It really ripped my family apart," he said. "I thought for the best interests of my family it was best for me to not be there."

Following the ruling, city council members will appoint someone to the seat before a special election is held. Nygaard is asking his colleagues to appoint him, but says regardless he plans to run in the election.

Nygaard turned in his city badge and cell phone on Tuesday. In addition, he dropped off a letter to his colleagues on city council.

I wanted to personally express my appreciation for the work you are engaged in. It was truly an honor to serve with you these past months and I look forward to possibly serving with you in the future.

I know that my questions and energy may have been annoying at times but my goal was always to learn and get up to speed to be able to share the burden of running this great city. The hundreds of hours I’ve invested since winning the election in November, nearly four and a half months ago, have been matched tenfold by city staff helping prepare me and other first time council members for the rigorous budget discussions and difficult decisions we have coming up. I’m so sorry I won’t be present for those votes.

I know you will have your hands full in coming weeks with the budget. My residency is not in question at Indigo where I currently reside. After the election I consolidated both of my business offices into one apartment at Indigo 19, knowing I could not be faithful to council responsibilities while having two jewelry salons, one in Norfolk and one in Virginia Beach. I would love to welcome you for a visit if you have any questions regarding the case now that I can more freely talk.

I was transparent with the registrar from the beginning and with the voters in my decision to move with the intent of running. My business has been here for nearly 40 years and I felt it was where I could most faithfully serve.  Had the registrar instructed me differently I would have run in a different race. I followed the rules as they were presented to me and the voters were aware of all the facts.

As I reflect on the past year of campaigning and serving along your side, I have fallen more in love with this city. This was by far my favorite job I’ve ever held and I appreciate your kindness and warmth in accepting me.

I would be honored if you would consider appointing me to the vacancy so that we can finish the work we all started and I will forever be in your gratitude either way for the wonderful time I was able to share with you.