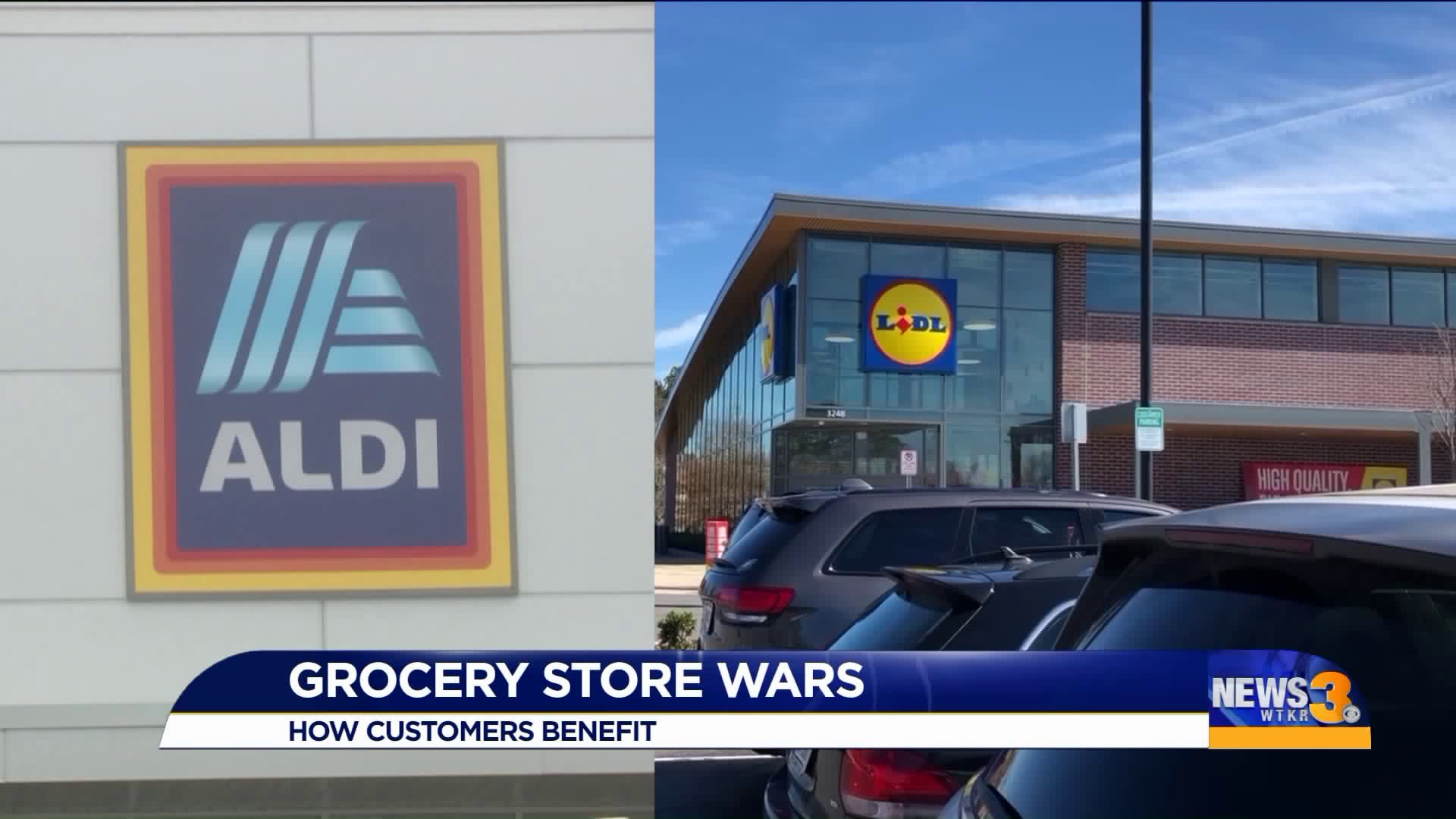 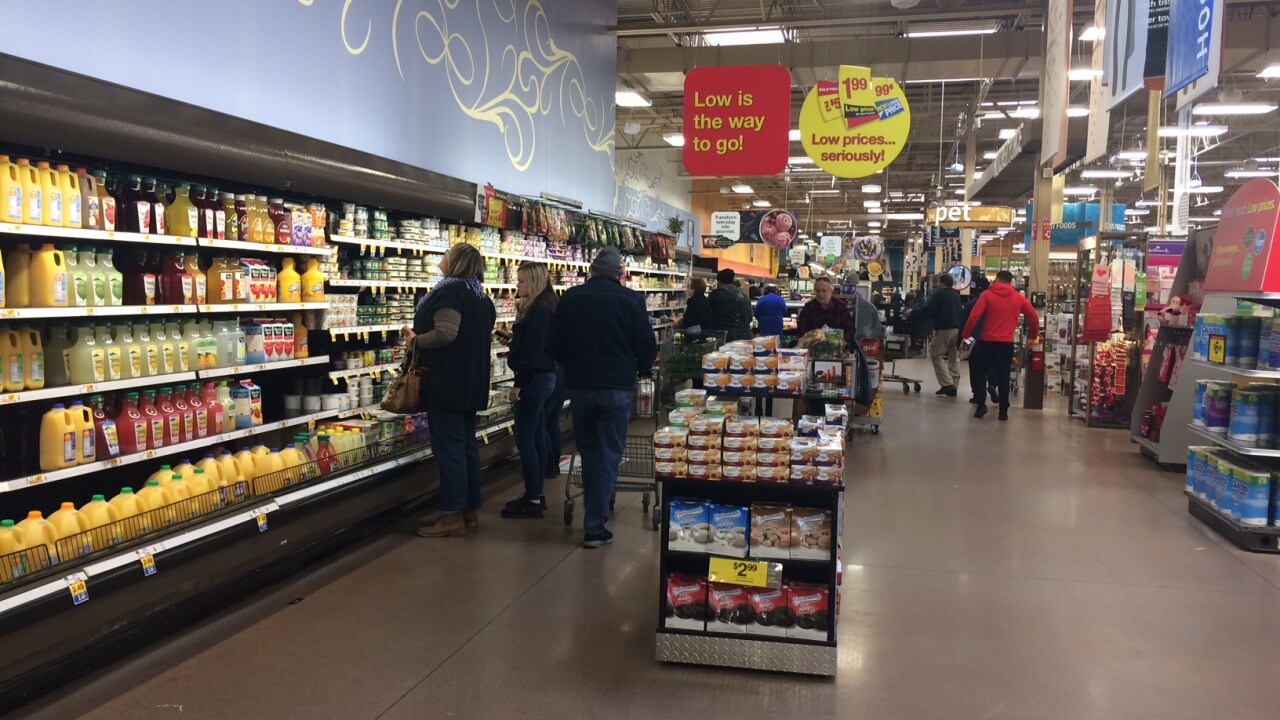 HAMPTON ROADS, Va. - Grocery shopping is something so many of us do on a weekly basis, but what influences where we do it?

For Jeff Smiley of Chesapeake, it's the savings.

"The weekly ads, the sale prices and the online coupons...how to save a dollar and make it go further!" he said.

And there are more options fighting over that dollar. Over the years, the grocery store competition has exploded in Hampton Roads, according to local Kroger Marketing Manager, Andrew Elder.

"Everybody's starting to dig into the market a little bit differently. So, the big dogs - sure, you have Kroger, you have Walmart, you have Food Lion - but everyone is a competitor in this market and everybody is trying to fill in wherever they can," Elder said.

You can find a prime example of the grocery store wars in Virginia Beach near Town Center, where the new Wegmans is under construction off Virginia Beach Boulevard.

Right behind it is a Walmart, and within a short walking distance there's a Food Lion. A short drive away, near Pembroke Mall, there's a Fresh Market and about two miles away, an Aldi's grocery store.

Across Hampton Roads you've got 30 different Walmart locations and 17 Krogers, which also owns Harris Teeter; there are 17 of them as well.  But by this summer, Harris Teeter will open five more.

Food Lion by far has the vast majority of stores, with nearly 90 in the area. But the grocery chain which stresses low prices is well aware the newcomers - low-cost discount grocers like Aldi and Lidl expanding in Hampton Roads - are they aiming for Food Lion's customer base?

Meanwhile, Gordon Stewart, Director of Operations for Aldi in this region, makes no apology for it's no-frills approach.

"We are going to have the best value, cheapest groceries in town. We do things a little different....we don't think our customers can eat frills, so why should they have to pay for them? And I think for a grocery store to be competitive in the Hampton Roads market moving forward, you've got to be very good at something. You have to know what your core is, what you're good at," said Stewart.

New competitors coming in, long-time grocers saying goodbye. It was a big impact when Farm Fresh sold all its stores, a casualty of a competitive market, according to Elder.

"Unfortunately, Farm Fresh was not able to compete on the pricing strategy, that this saturation of the market has really driven prices down for the consumer,  and Farm Fresh just wasn't able to keep up with that. I think the key to surviving is knowing who you are, knowing your brand and living true to your brand each and every day," he said.

"So, the timing couldn't have been better and we did capitalize on those Farm Fresh closures; we purchased three of them ourselves," Goings said.

Debra Ramey is with the Shopping Center Group and has analyzed the Hampton Roads grocery store market for decades. She believes this fierce competition is benefiting the customer.

"Because Farm fresh left, what's happened is there's a lot of convenience grocery store locations left in the market, and we think it's opening for a new brand to come in and be able to add convenience, value and experience at the same time," Ramey said.

And Ramey believes it's an opportunity for others to expand.

"There's one Publix; it's in Williamsburg. You know, doesn't that open the market to have more Publix?  Should Wegmans not do another store on the Peninsula?" she asked.

Customers are already excited for the Wegmans at Town Center, even if it's not near them; just ask Joanne Cypert of Chesapeake

"It's just got a gazillion things! I won't go very often, but once in a while I'll go just because it's Wegmans!" she said.