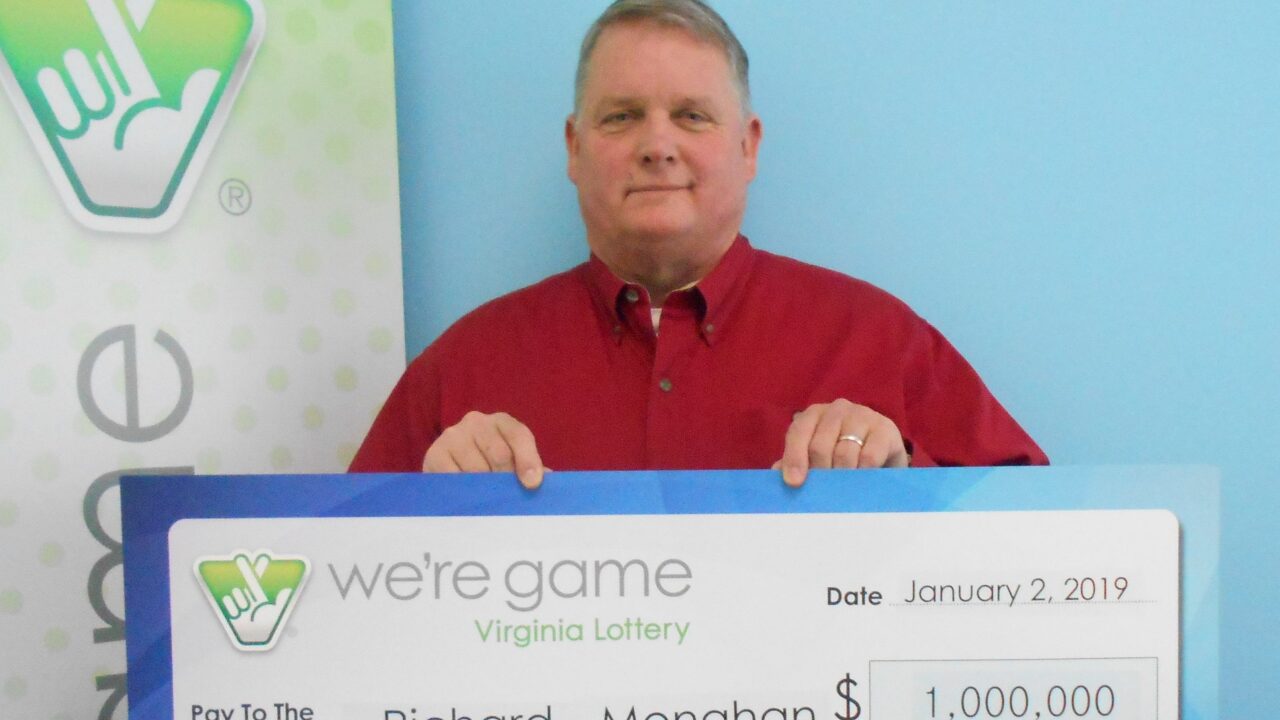 POQUOSON, Va. – There were two unclaimed million-dollar tickets in the Virginia Lottery’s December 29 Powerball drawing. One ticket was claimed in Franklin by a Suffolk retiree January 11 — and now the second winner has been found.

Rick Monahan, owner of Coast to Coast Construction and Contracting, was confused when the clerk at his local 7-11 said to him, “You’re the one!”

“I had no idea what he meant,” Monahan recalled.

The clerk had just checked Monahan’s Powerball ticket — and discovered it was one of two $1 million winners. The winning numbers for the drawing were 12-42-51-53-62, and the only number Monahan missed, the Powerball, was 25.

Monahan said he has no immediate plans for his winnings.