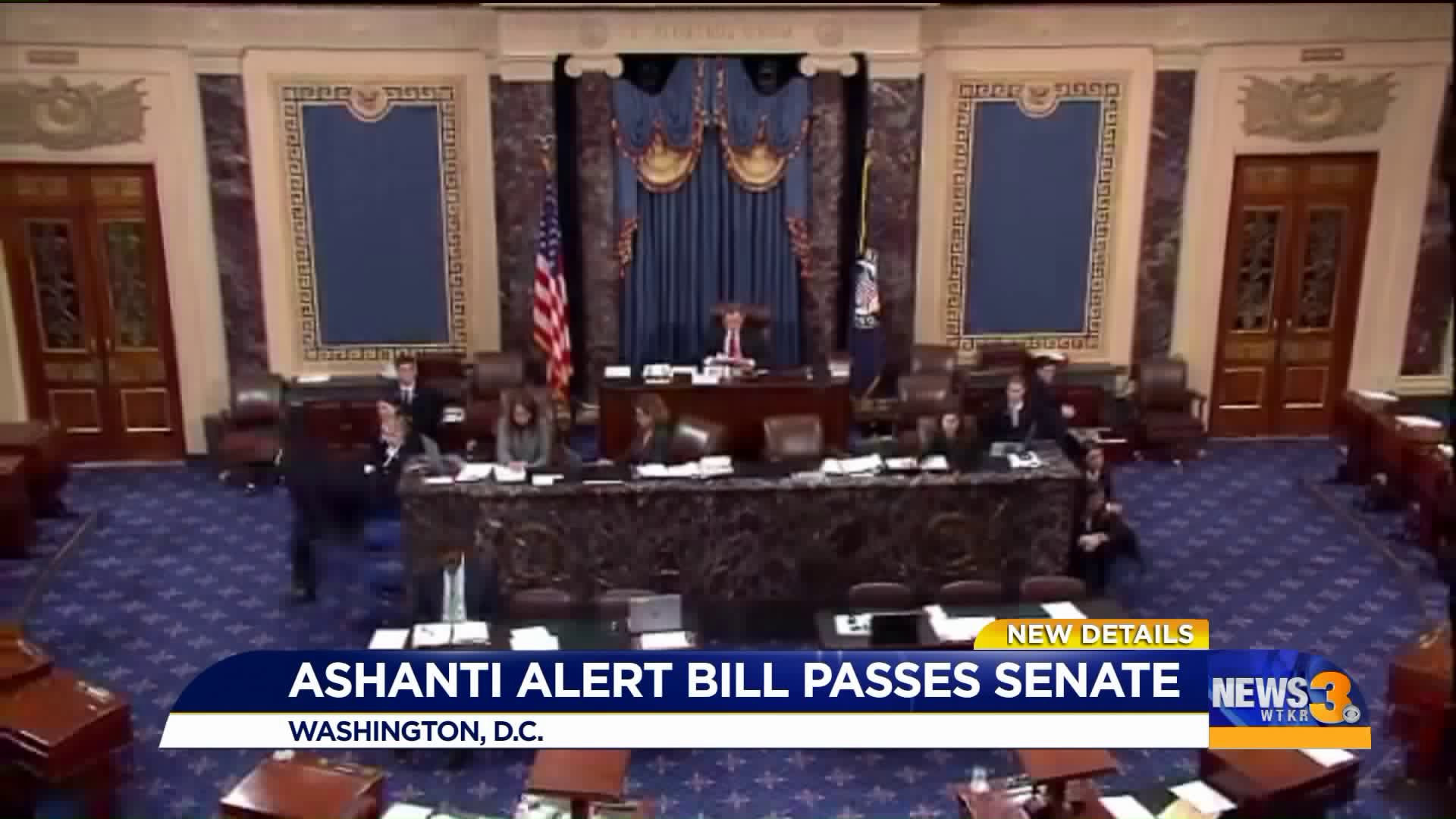 PASSED: The #AshantiAlert Act just passed the United States Senate. Let’s get this important legislation to the President’s desk so the Ashanti Alert System for missing adults can begin saving lives around the country.

The bill needs to return to the U.S. House of Representatives before the legislation heads to President Trump’s desk to be signed into law.

Kimberly Wimbish, a spokesperson for Ashanti Billie’s family, announced in early November that U.S. Senator Richard Blumenthal (D-Connecticut) would officially introduce the act to the Senate.

In September, the U.S. House of Representatives voted to make the Ashanti Alert a federal law. The vote marked one year since then-U.S. Rep. Scott Taylor (R-Virginia Beach) got involved in the Ashanti Billie case and announced his plans to push for a vote to take the alert national.

The Ashanti Alert was signed into Virginia law in June in honor of Ashanti Billie, a 19-year-old who was abducted from her job at JEB Little Creek in 2017.

After the House’s vote in September, Ashanti’s family says the Ashanti Alert will not only be a way to remember their daughter, but also a way to keep her greatest passion in life alive: helping others.

“It will be like a hug from her. Every alert will be a hug: ‘Hey Mom, I’m here. I’m helping people, Daddy, I’m here; I’m helping someone else.’ It was her passion,” said Brandy Billie, Ashanti’s mother.