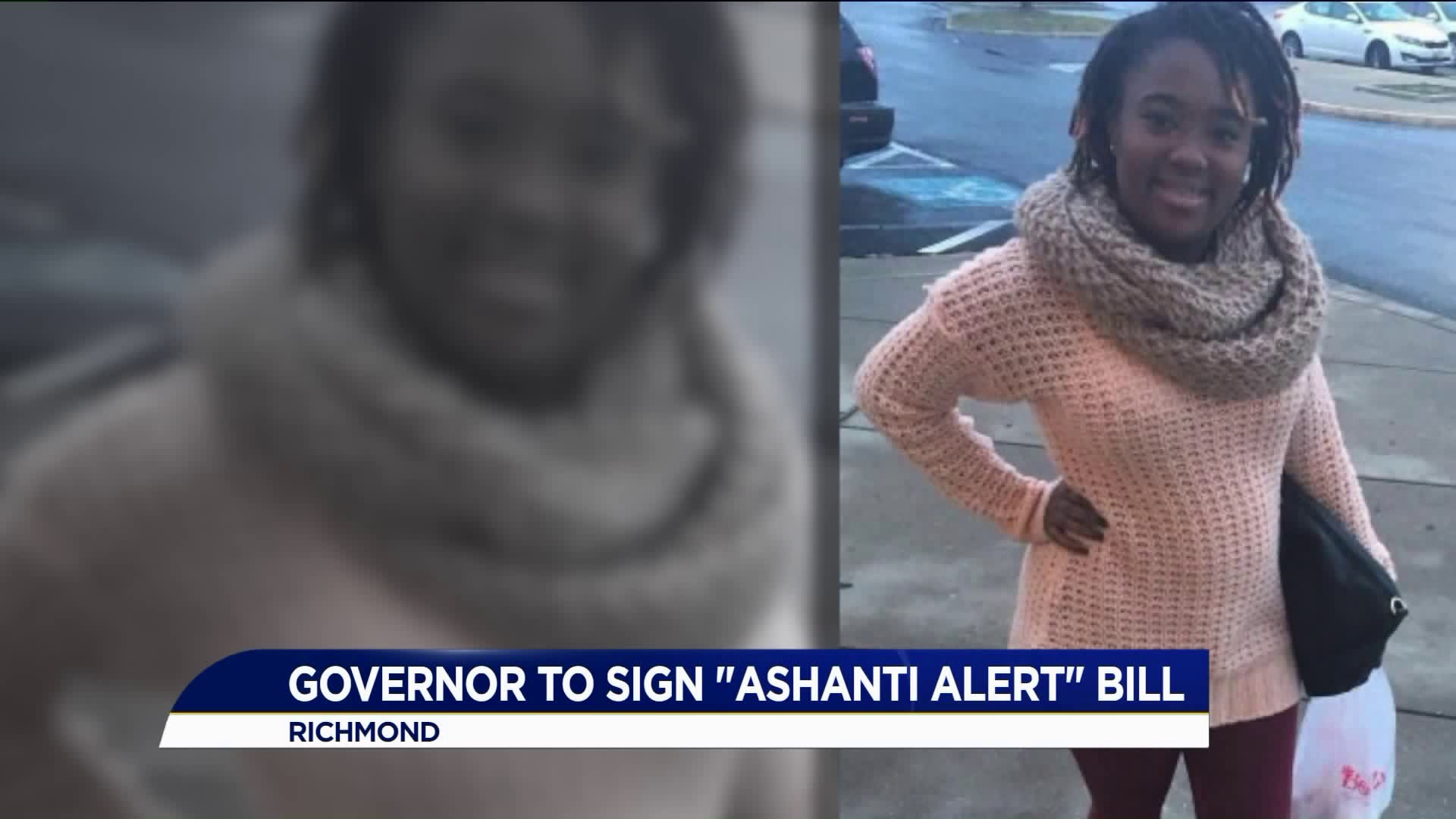 Ashanti Billie’s parents believe had something like this had already been around, the 19-year-old would still be here today.

It will create a program for local, regional and statewide notifications of critically missing adults.

The "Ashanti Alert" was created after Billie, who was abducted from her job at JEB Little Creek and taken to Charlotte, North Carolina where she was found dead.

We spoke with Billie’s father about this new law.

“It’s gonna be statewide One July but our push is now to get it federal because once again it’s all about people,” Meltony Billie told News 3. “Ashanti is our treasure but we want to share our treasure with the nation.”

The bill was introduced by local State Delegate Jay Jones of the 89th District.

Friday’s signing comes just a day after a judge ruled Billie’s accused killer, Eric Brown, can be forcibly medicated to restore his competency.

He was found incompetent to stand trial earlier this month.

Brown is now at a federal medical center in North Carolina being treated for his diagnosed schizophrenia.

The Ashanti Alert will go into effect July 1.