Norfolk has 560 Bird scooters impounded, company owes over 93K for them 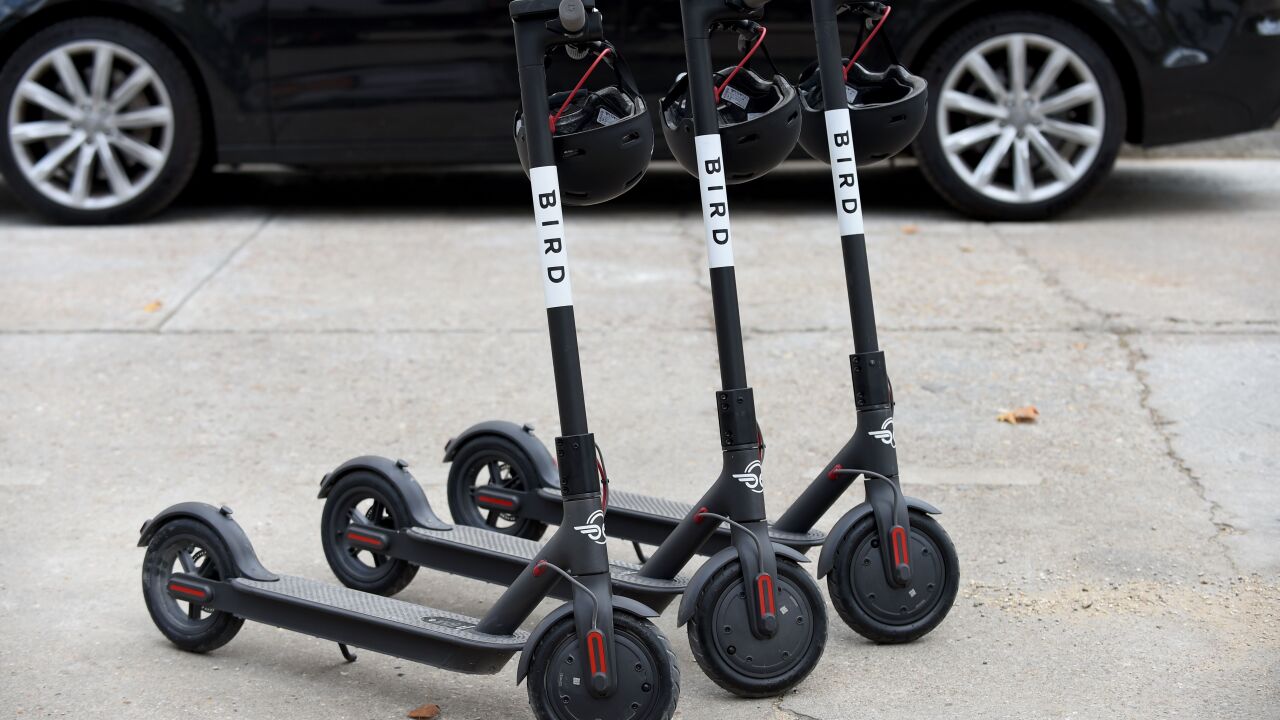 NORFOLK, Va. – The City of Norfolk is saying they have impounded 560 Bird scooters, and that if the company want them back, it will have to pay up.

A picture taken in Paris on July 31, 2018 shows electric scooters of US start-up Bird. – Bird will launch its sharing service in Paris on August 1, 2018. (Photo by ERIC PIERMONT / AFP) (Photo credit should read ERIC PIERMONT/AFP/Getty Images)

According to the City of Norfolk, Bird will have to pay Norfolk more than $93,365 in order to get its scooters back.

The city spokesperson said Bird, a West Coast-based startup company that brings the scooters to cities all over the country, was fined $5 per scooter and signed a document stating the company would not abandon property in compliance with Norfolk city codes. The city has been impounding scooters that are left.

However, some people in Norfolk feel the scooters are needed.

“Right now I’ve been seeing a lot of skateboards, long boards, bikes and they’re not hurting anybody,” said Marcus Coles. “They’re just trying to get to where they need to go faster.”

“I don’t really see why it’s a big issue,” said Lillie Taylor. “They didn’t really warn the public; they just came overnight, but I think what’s wrong with it? They’re just scooters.”

When the city asked Bird why they are dropping off the scooters without warning, the company said it was under the impression that all it needed was a business license for the City of Norfolk. However, the city spokesperson said this is not true. She said city code dictates right of way and states you cannot abandon property on city property.