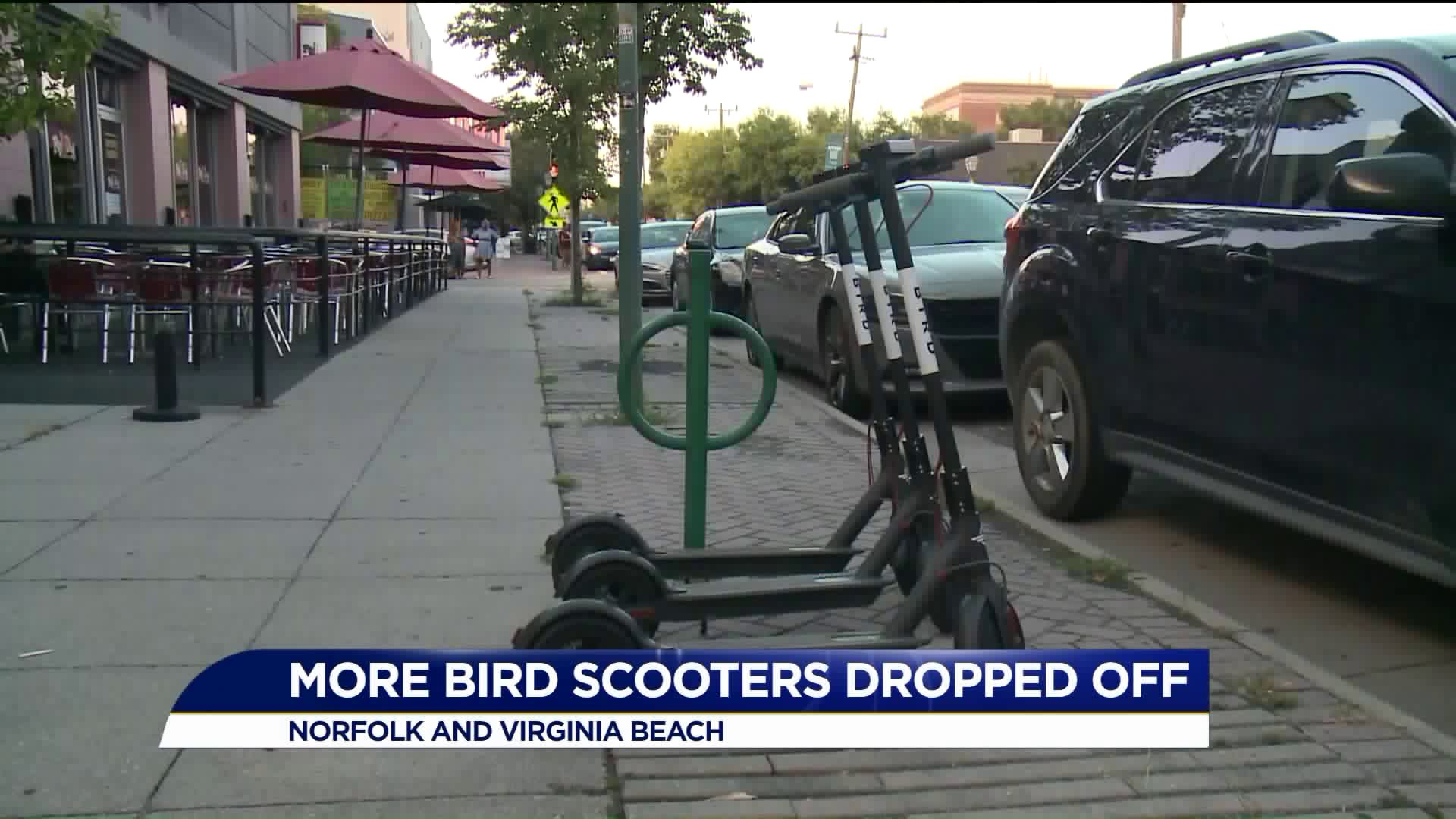 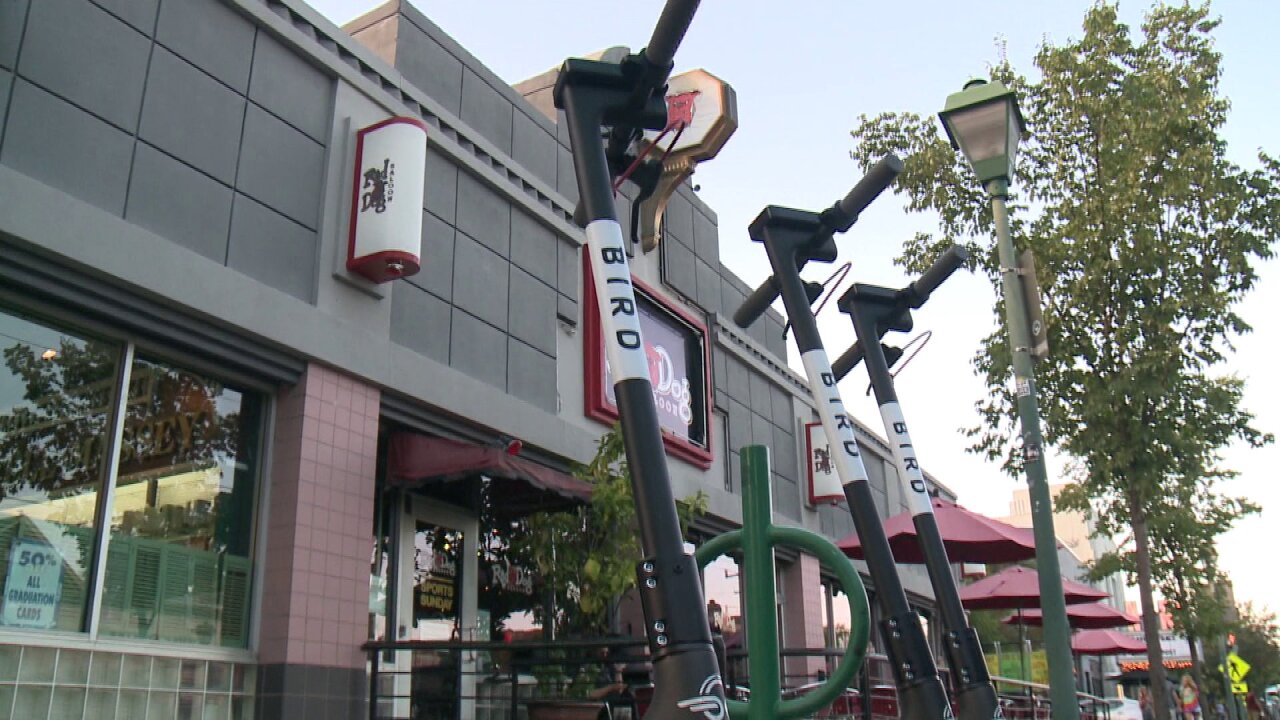 According to a city spokesperson, on Thursday city officials collected 19 more scooters from the company Bird, a West Coast-based startup company that brings the scooters to cities all over the country. Last week, the company picked up the 66 scooters that appeared overnight.

The city spokesperson said Bird was fined $5 per scooter and signed a document stating the company would not abandon property in compliance with Norfolk city codes. The city has been impounding scooters that are left.

However, some people in Norfolk feel the scooters are needed.

"Right now I've been seeing a lot of skateboards, long boards, bikes and they're not hurting anybody," said Marcus Coles. "They're just trying to get to where they need to go faster."

"I don't really see why it's a big issue," said Lillie Taylor. "They didn't really warn the public; they just came overnight, but I think what's wrong with it? They're just scooters."

When the city asked Bird why they are dropping off the scooters without warning, the company said it was under the impression that all it needed was a business license for the City of Norfolk. However, the city spokesperson said this is not true. She said city code dictates right of way and states you cannot abandon property on city property.

News 3 talked to local students who use the scooters when they are available. They said they're nice to have around, especially when late for class.

Some students also mentioned the city could be liable if something bad were to happen.

"The battery dies halfway through when it's not all the way charged and you're somewhere that you can't reach somebody and it's a nightmare," Janay Brown said.

Bird has also dropped off scooters in Virginia Beach. Public Information Officer Julie Hill told News 3 that they're allowed because the company has a business license in the Commonwealth. However, a permit is needed to place scooters in Town Center and at the Oceanfront.

The City of Norfolk has impounded the scooters until officials can have a meeting with Bird.

On Friday, a Bird spokesperson issued the following statement:

Norfolk shares Bird's vision of getting more cars off the road to help reduce traffic and carbon emissions that contribute to climate change. We are encouraged by the support we have received from the people of Norfolk thus far, as they embrace our last-mile solution for those trips that are too long to walk and too short to drive. Bird has engaged with city officials and looks forward to working with them to create a regulatory framework that works for everyone