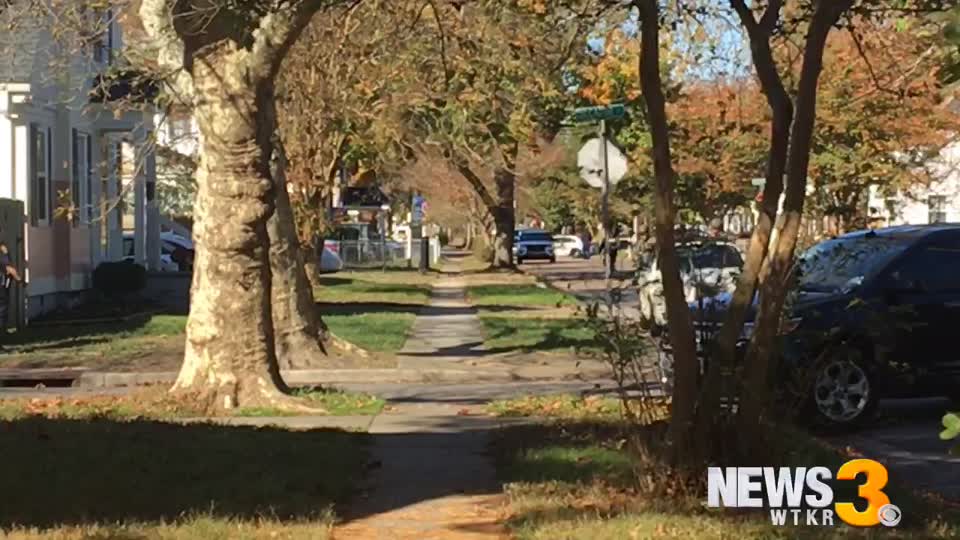 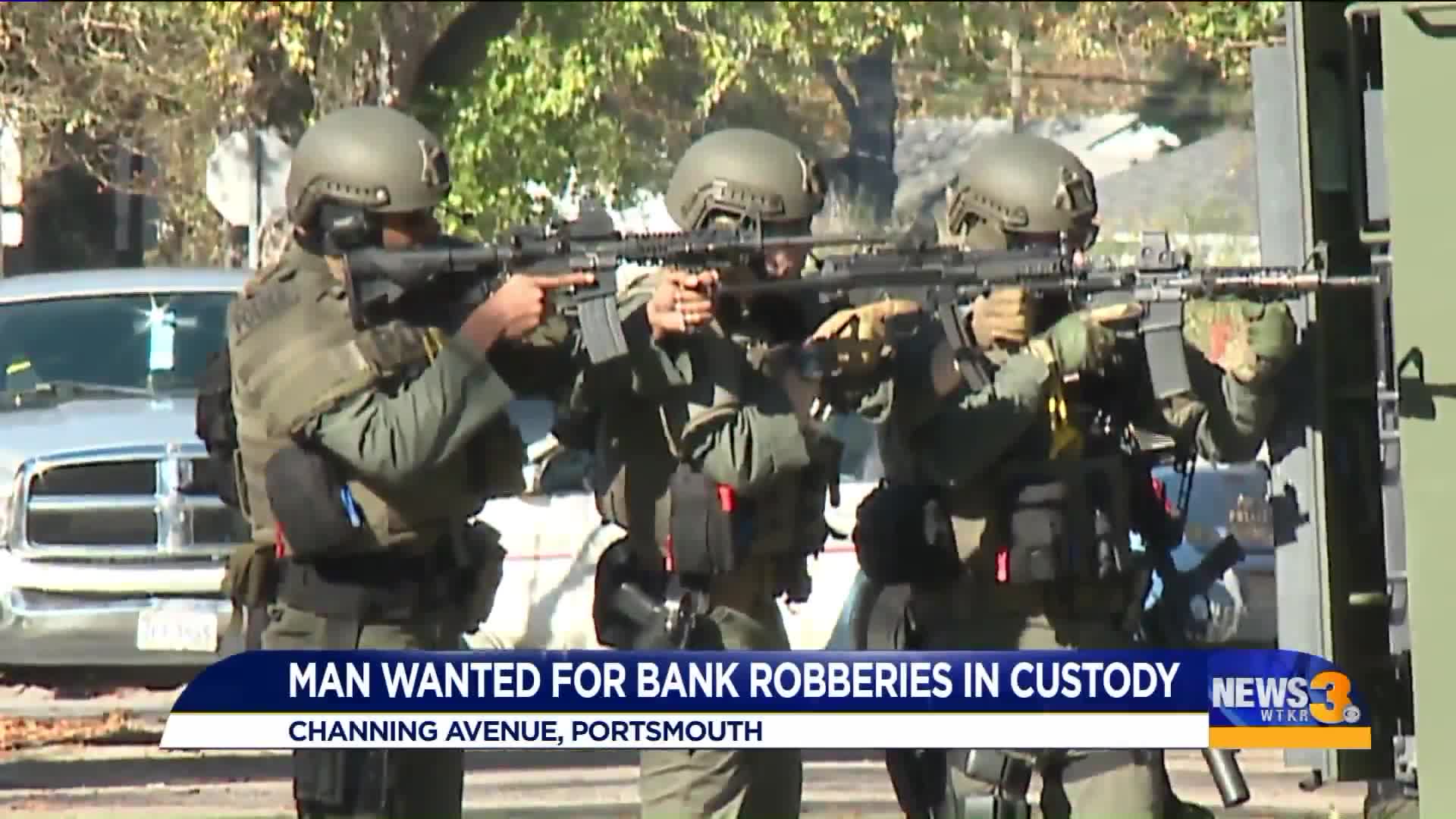 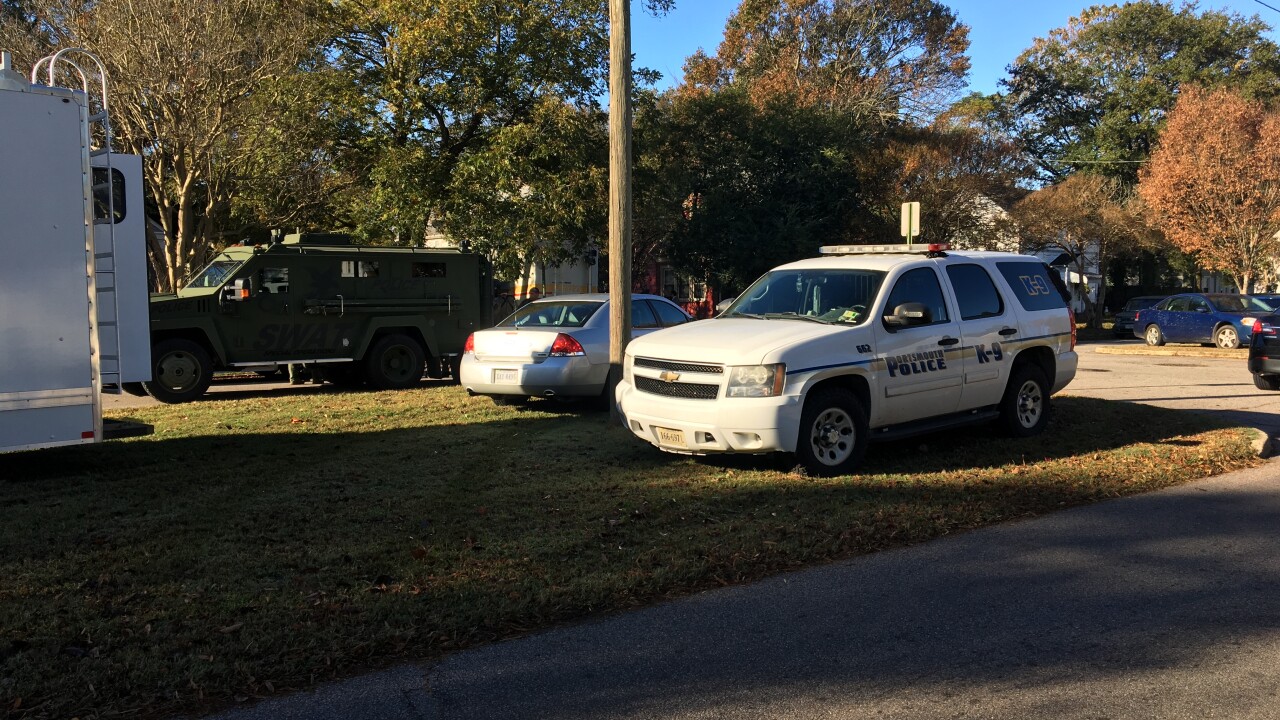 PORTSMOUTH, Va. — Police from Chesapeake and Portsmouth closed streets and put two schools on modified lockdown Wednesday while they worked to arrest a fugitive near Channing Avenue and Afton Parkway.

News 3 spoke with neighbors who live close by.

"To know that somebody fled over here and was in this area is kind of frightening," said Felicia Goodrum.

According to officials, the fugitive was taken into custody at approximately 10:30 a.m. Wednesday. He was staying in a utility trailer next door to a home on Channing Avenue.

According to Lieutenant Tommy Potter with the Isle of Wight Sheriff's Office, the fugitive is a person of interest in last week's robbery of Old Point National Bank, during which he wore women's clothes and a wig to disguise his appearance. He is also a person of interest in an October 10 Chesapeake Wells Fargo robbery where he again dressed in a wig and women's clothing.

Potter said that the man has no active warrants on file for the robberies, but he does have warrants from other jurisdictions on file, including in Portsmouth, Chesapeake and Charlottesville.

The two schools on lockdown were James Hurst Elementary and Cradock Middle School.

This story will continue to be updated as more information comes in.

UPDATE: SWAT team leads someone out from behind the house in handcuffs. Working to find out if he is the fugitive. https://t.co/PGF3WUEkkO @WTKR3 pic.twitter.com/T82MeqXmUn