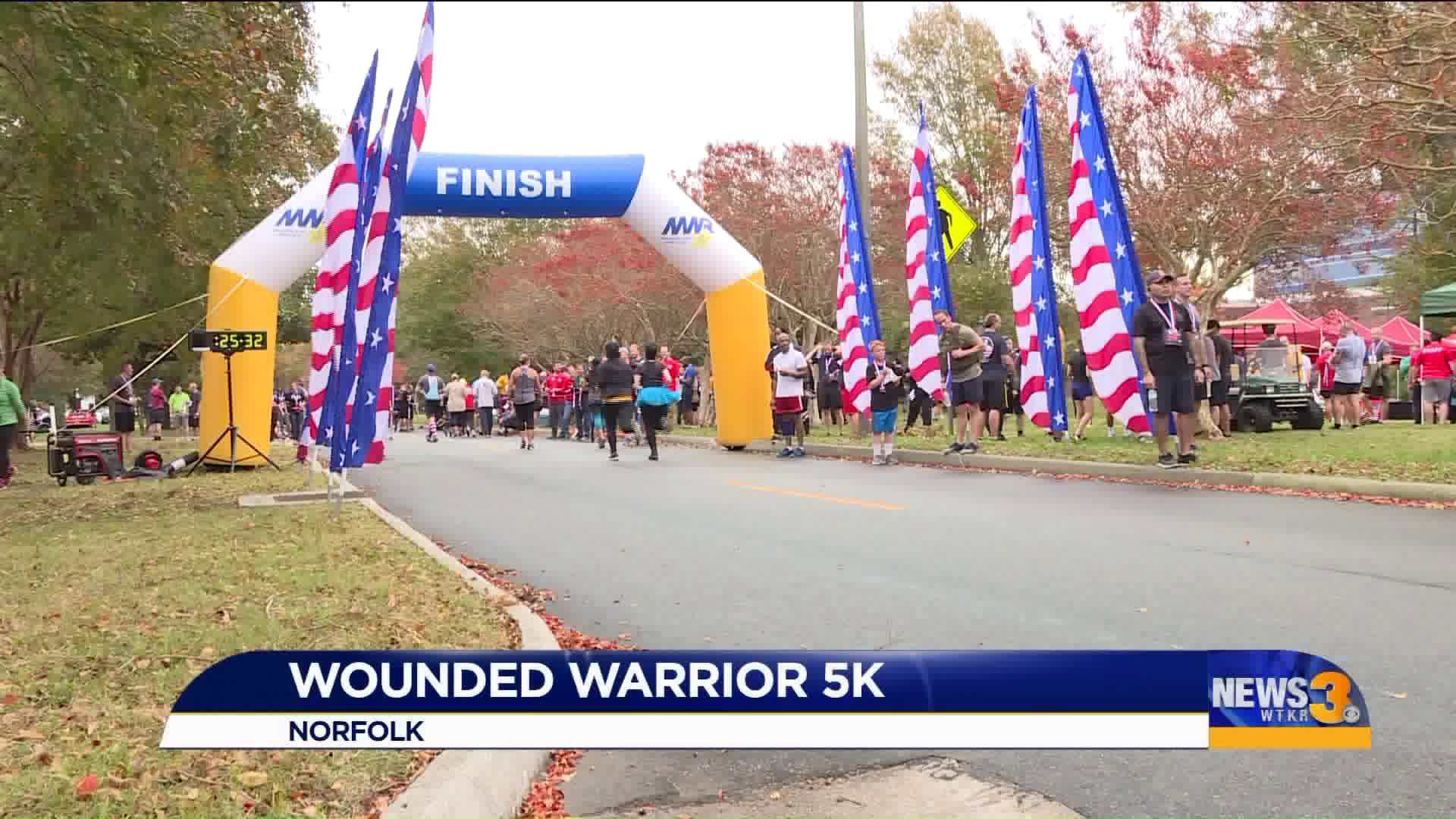 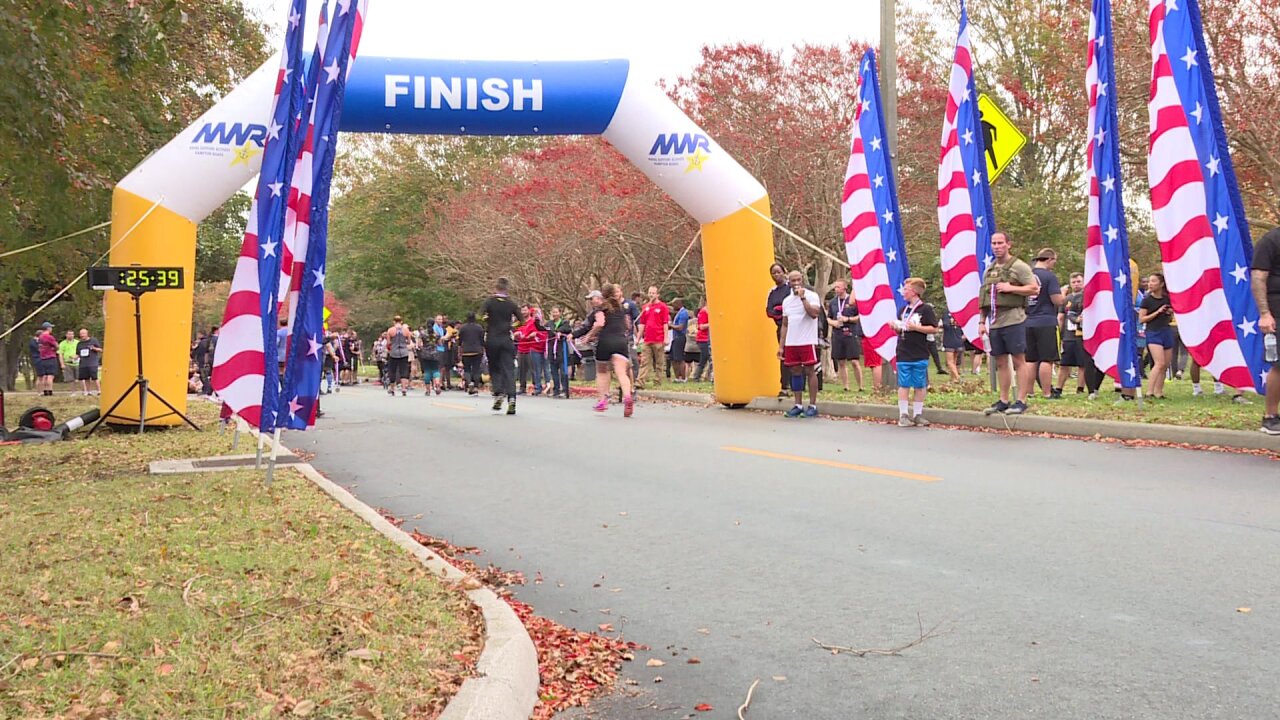 NORFOLK, Va. - Hundreds of runners honored the sacrifices made by the men, women and families of the United States Navy's Wounded Warrior Program during the Wounded Warrior 5K Friday.

The Naval Support Activity Hampton Roads Morale, Welfare and Recreation Wounded Warrior 5K was open to the military community with base access. The race started late and ended up being cut short after a suspicious package found on the base was cleared for any hazardous materials Friday afternoon.

More than 300 people pre-registered for the race, which circled the grounds of NSA Hampton Roads and Slade Cutter Athletic Park. Runners included civilians as well as active and retired military.

November was designated as Warrior Care Month in 2008, in order to honor the courage of wounded, ill and injured service members and highlight programs that help them learn new life skills to return to duty or transition from the military.

"It is extremely important for us to show what we offer Wounded Warriors and their families in partnership with the Safe Harbor team," said Kelley Harkins, MWR Director at NSA Hampton Roads. "We strive to recognize the physical, mental, and emotional strength and resilience of our wounded, ill, and injured service members and show our appreciation to them for sacrificing so much. A great way for us to highlight that is through fitness, and we are honored to be doing so with our fifth annual Wounded Warrior 5K."

Veteran Damion Hedington uses exercise and running for his therapy after he was in a serious motorcycle crash in Norfolk in 2015. He told News 3's Brian Hill he nearly died.

“I was hit hard enough to basically be labeled dead," Hedington said. "My helmet came off of my head; it didn’t break off. It just slipped off my head [and] slapped the road. Fractured my skull and gave me brain damage.”

Runners say they hope races like this will help bring awareness to wounded veterans who may feel like giving up.

"Just keep going. One step in front of the other. You don't have to be fast - just go."