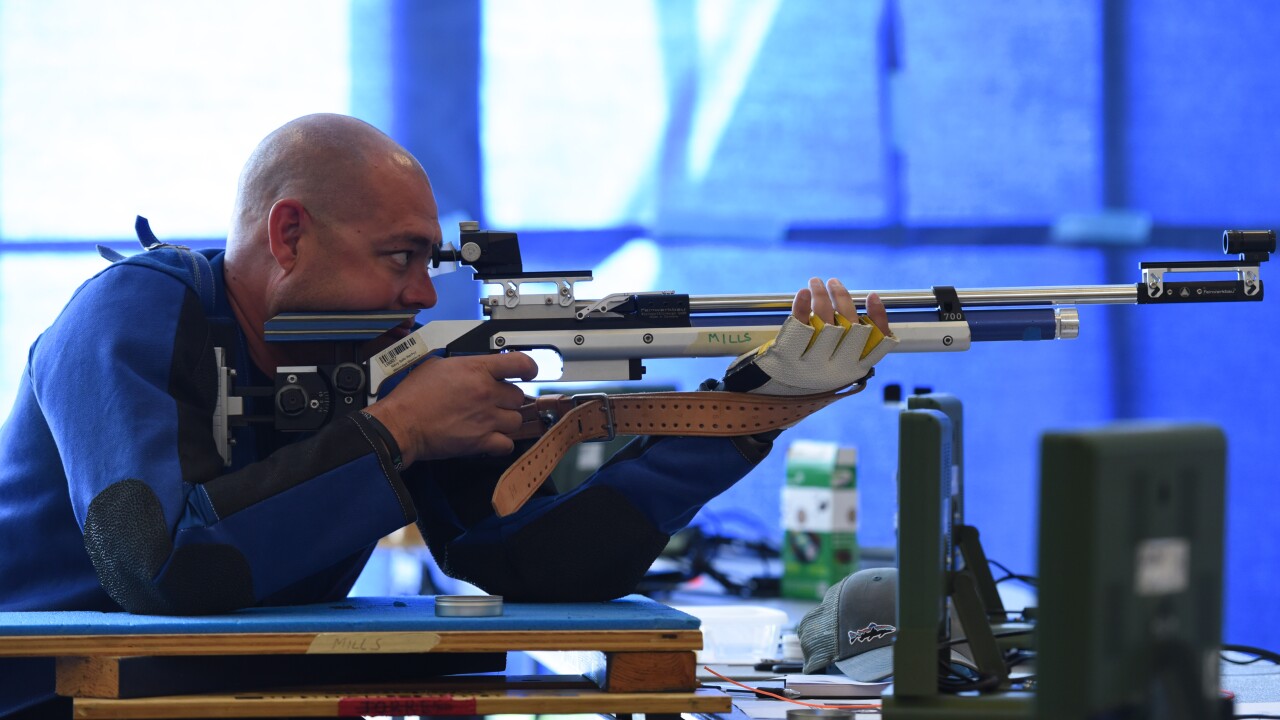 COLORADO SPRINGS, Colorado – A Wounded Warrior who lives in Suffolk will be competing in the Department of Defense Warrior Games June 1-9.

Senior Chief Petty Officer David Mills will join more than 250 other seriously wounded veterans in competing in the games at the United States Air Force Academy.

Mills will compete against not only service members and veterans from the Army, Marine Corps, Navy, Coast Guard, Air Force and Special Operations Command (SOCOM), but also Australia, Canada and the United Kingdom.

The veteran not only knows who he is representing at the games, but has a personal reason for competing that stems from the military to his own family.

“Participating in the Warrior Games is a very humbling experience for me,” said Mills. “I am not only representing myself and 39 other people on Team Navy, I am representing the Navy as a whole, and those who served before me. I constantly think of the brothers and sisters that are not with us anymore, more specifically my wife who passed away in 2007 from a service connected condition. At the games, I will be carrying the flag that was draped on her casket and presented to me.”

Mills will compete in shooting, archery, field and wheelchair basketball after being selected for the Navy team during the  Wounded Warrior Trials in February at Naval Station Mayport in Mayport, Florida.

Members of the team are veterans and service members with upper-body, lower-body and spinal cord injuries; traumatic brain injuries; visual impairment; serious illnesses and post-traumatic stress, according to the Navy.

Adaptive Sports Programs have been a component of the Navy honoring the sacrifices by its military members through events such as the DOD Warrior Games.

For more information about the 2018 DOD Warrior Games, click here.