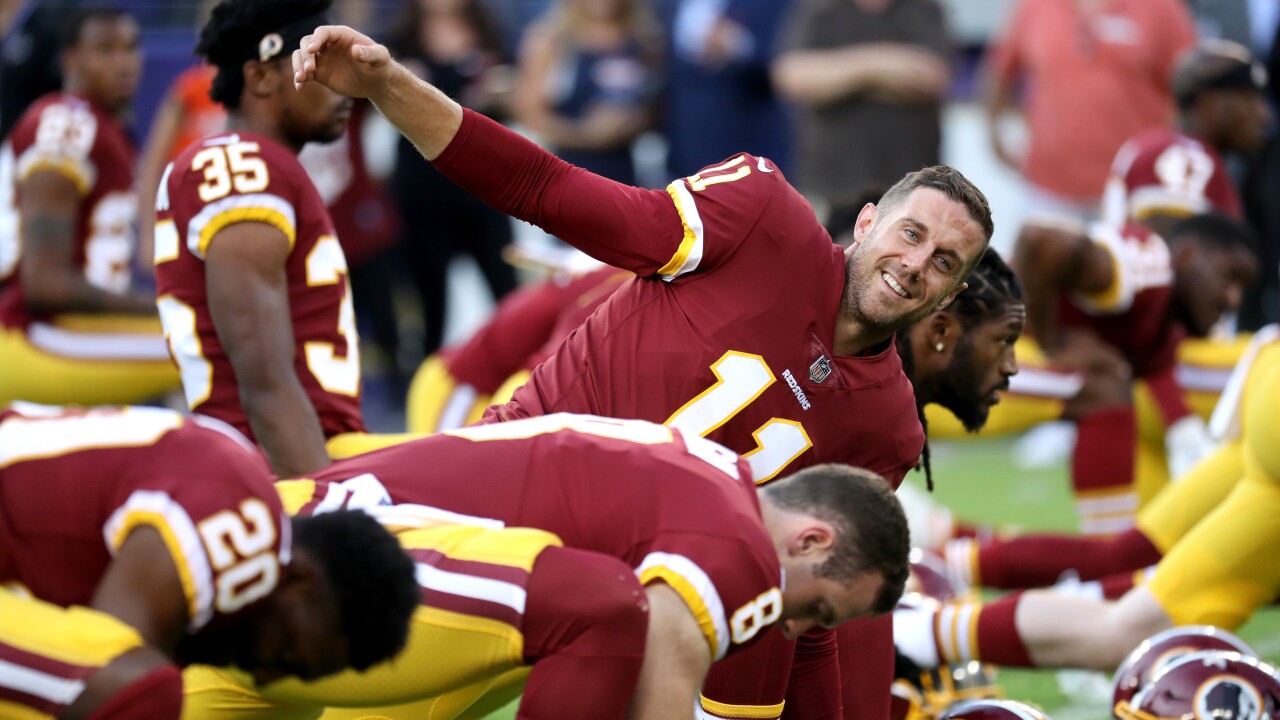 BALTIMORE, MD – AUGUST 30: Alex Smith #11 of the Washington Redskins stretches before the start of a preseason game against the Baltimore Ravens at M&T Bank Stadium on August 30, 2018 in Baltimore, Maryland. (Photo by Rob Carr/Getty Images)

PHOENIX, Ariz. – The day has come where the Redskins finally open their blank canvas and can pen their 2018 novel in Arizona, starting today.

As the first full NFL Sunday of the season commences, Washington is hoping this year has a happy ending.

For many Redskins, it will be their first meaningful game in burgundy & gold garb. Both Alex Smith and Adrian Peterson are making their debuts for Washington.

It’s a ‘homecoming’ game for A.D., too. Peterson played six games for the Cardinals last season, and led the team in rushing. That was a one-time stop, and now the Redskins starting running back, Peterson feels like his situation will be better than 2017.

“I’m excited, man. It’s a new journey for me. It’s the first time in a long time that I’ve got a group of guys in front of me, that can block, so I’m very excited about that,” Peterson said Wednesday leading up to the game.

D.J. Swearinger also came to Washington after being released by the Cardinals, so emotions will be high as the season gets underway.

As for health, all Redskins, including Chris Thompson and Jordan Reed, are expected to play. Receiver Maurice Harris was ruled OUT with a concussion earlier this week.

News 3 is Hampton Roads home of the Redskins, and you can catch LIVE postgame coverage on WTKR-TV following Washington vs. Arizona.

30 minutes into the 2018 season, the #Redskins appear to be the greatest team ever assembled.

Walking on the field, I met Carl (right). He lives in Arizona now, but he graduated from Kellam in #VaBeach!

Says he couldn’t miss the ‘Skins on the west coast and that AZ has a ton of #Redskins fans in general. #HTTR | #WASvsARI https://t.co/DVgoaWixw8 pic.twitter.com/7tfF9xxyFp