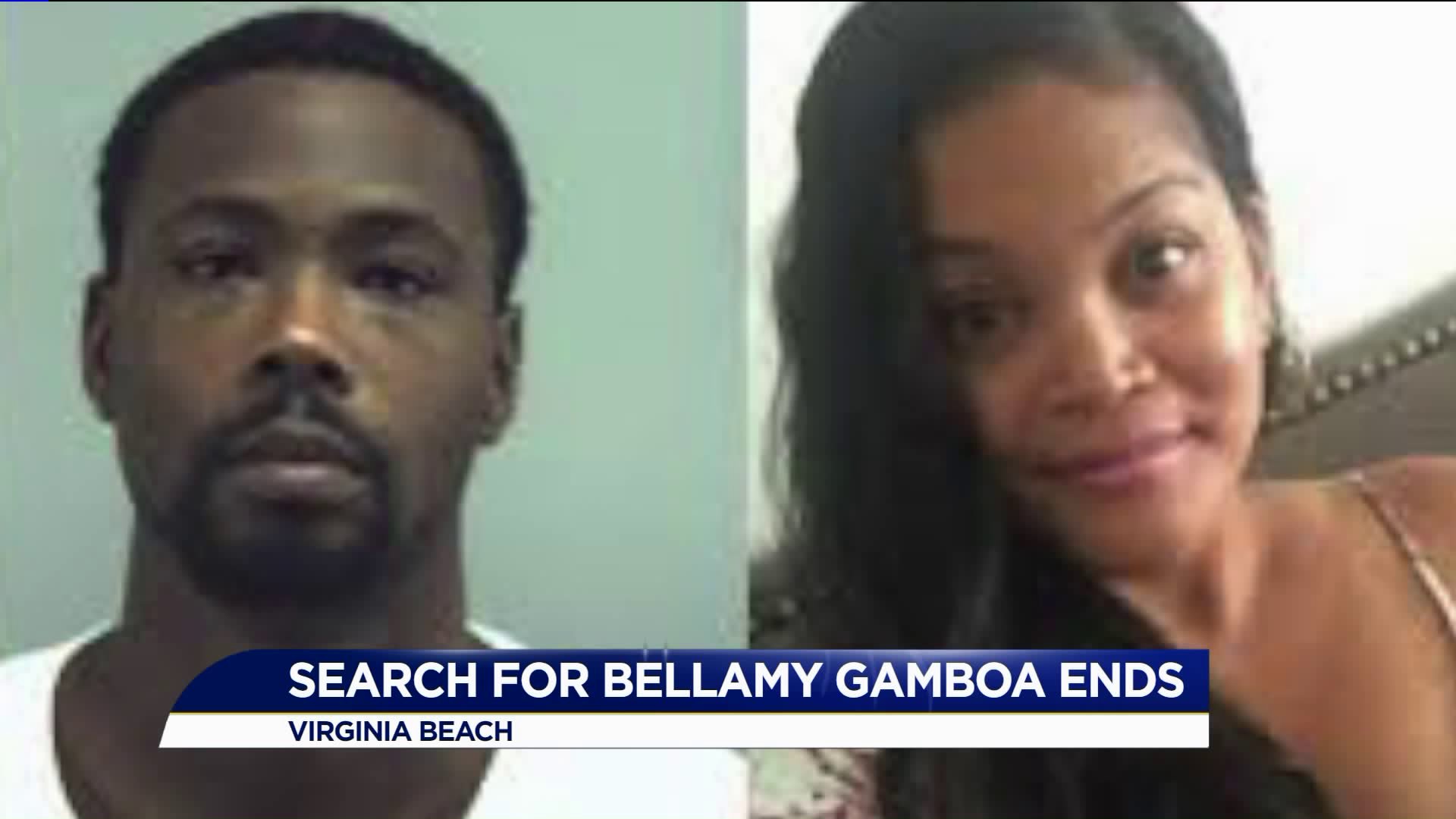 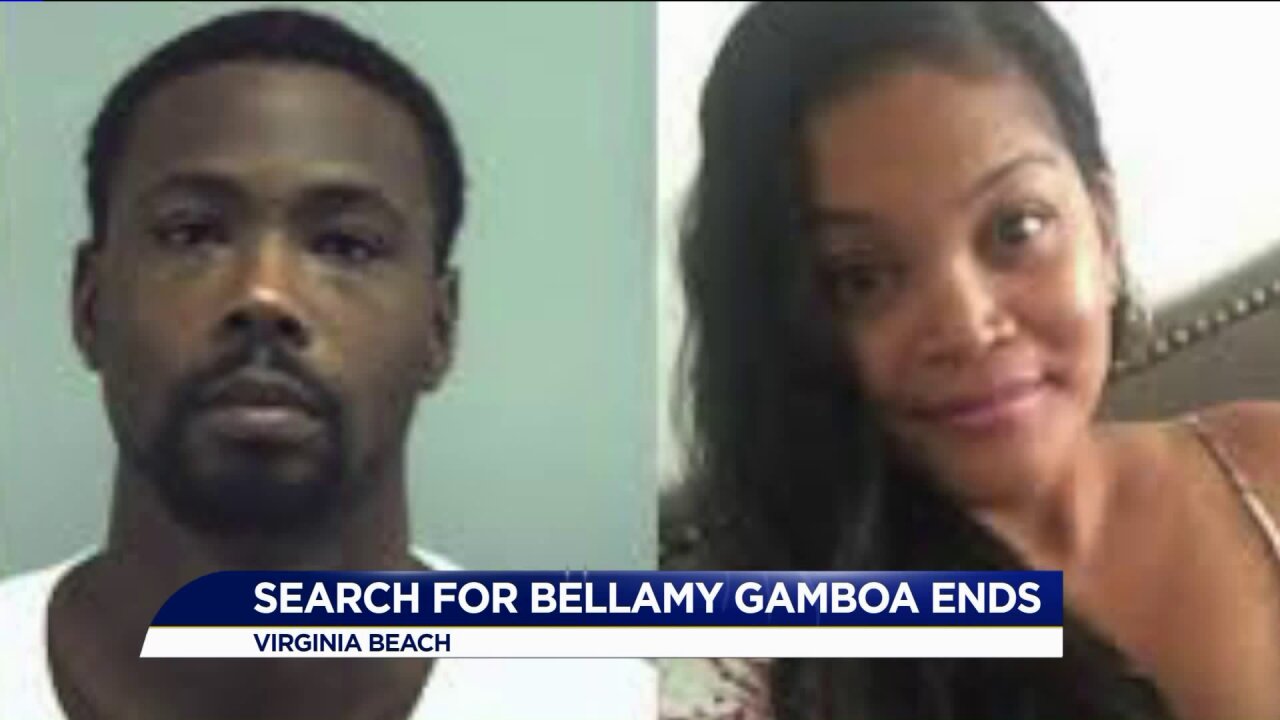 VIRGINIA BEACH, Va. - The search for missing Virginia Beach mother of four Bellamy Gamboa has been called off, according to Gamboa's family.

In a Facebook post, Gamboa's sister Charisse asked supporters not to question the reasoning behind the decision, saying that Gamboa's body "will never be recovered."

"Her murderer will now have to live with the guilt for the rest of his life," Charisse Gamboa wrote. "He robbed me of my ONLY sister, and robbed his own twin babies of their ONLY mother."

Bellamy Gamboa's ex-boyfriend and the father of her twins, Lamont Johnson, was arrested Sunday at the home he shared with Gamboa. While they were no longer together, they co-parented and lived together.

According to court documents, Johnson confessed to police that he pushed Gamboa down the stairs, fell on top of her and then choked her until she died. The documents say Johnson then put Gamboa in a bag and brought her to Chesapeake.

Johnson was charged with second-degree murder and four counts of contributing to the delinquency of a minor. He withdrew his bond request the next day and will remain behind bars.

The contributing to the delinquency of minor charges are allegedly related to specific events involving the children held in common between Johnson and Gamboa, according to police.

Gamboa was last seen at her Diamond Springs apartment in Virginia Beach on July 1. Her 2015 gold four-door Ford Focus was located on July 3, parked next to a dumpster in the 5800 block of Pickering Street.

In court on Tuesday, Johnson's brother, James Crockett, said what Johnson confessed to doing was "totally out of his character." He said the former couple's twins are staying with his side of the family and are doing well.

Charisse Gamboa said the family is readying a "4Bellamy" campaign to end domestic violence and that they will continue to host fundraisers to support costs for Bellamy's children, a potential memorial and travel for court dates.

Johnson is due to appear in Juvenile & Domestic Relations District Court in Virginia Beach on August 14 at 9 a.m.