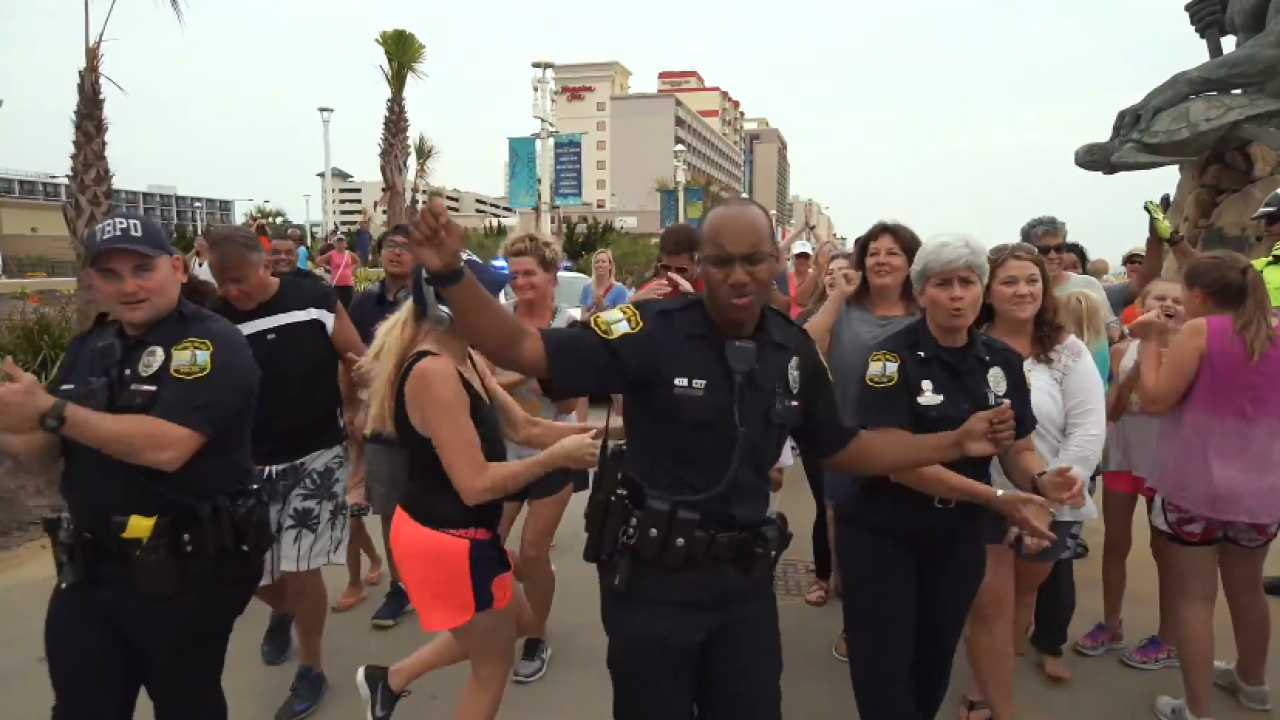 It was only a matter of time before the Virginia Beach Police Department released its own lip sync video, featuring dispatchers, officers and a whole crowd of beachgoers dancing and singing along to Drake’s “Hotline Bling,” Pharrell Williams’ “Happy” and Bonnie Tyler’s “Holding Out for a Hero.”

They didn’t stay in one place, either – the Boardwalk, Mount Trashmore and Town Center are all featured.

When the NPD went viral with its lip sync video, the department challenged other area units to match its success. Earlier this week, the VBPD offered up a teaser video that showed the pressure mounting as the group prepared to respond to both Norfolk and Hampton.

Now the VBPD is challenging Suffolk Police to a lip sync battle, as well as police departments in Logansport, Indiana, and St. Paul, Minnesota.

Norfolk’s version of “Uptown Funk” has more than 725,000 views on Youtube, while Hampton’s unique take on “Good Vibrations” sparked a response from Mark Wahlberg.