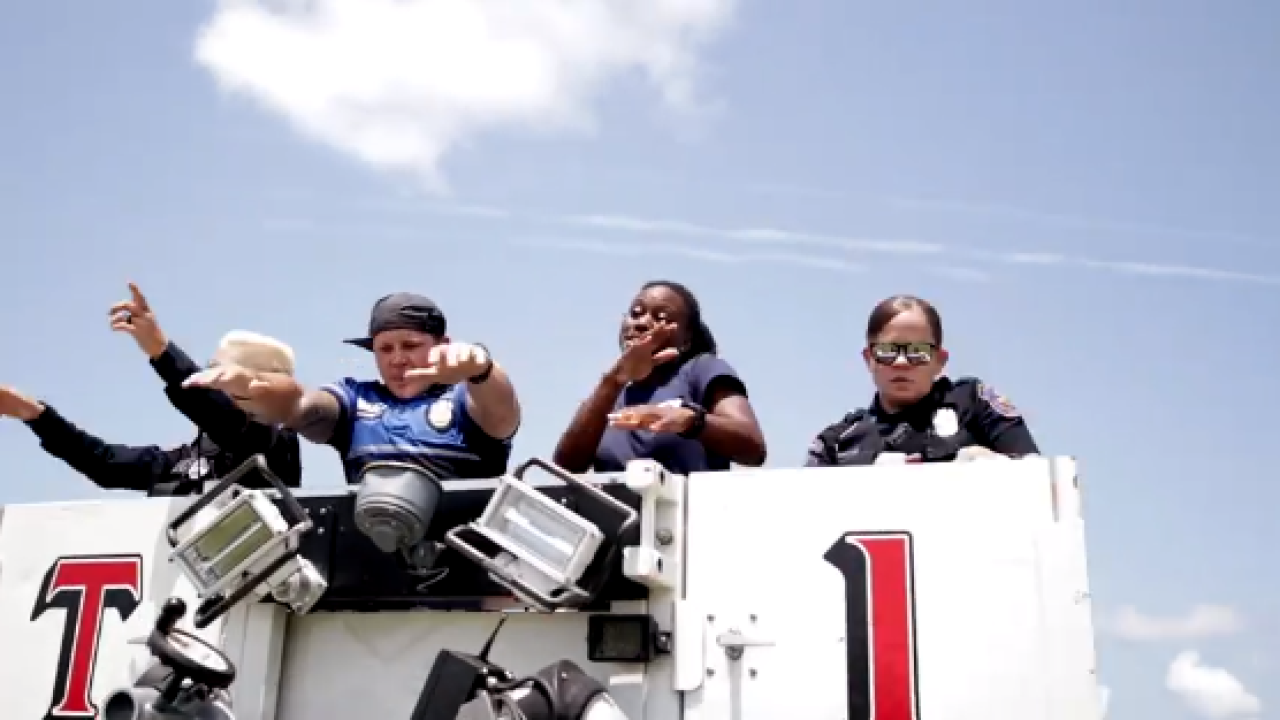 The Hampton Police Department tweeted a link to their own lip sync battle Friday night in response to the NPD’s challenge to them. In it, officers – and Sparky the Fire Dog from the Hampton Fire Department – show off their moves to Marky Mark and the Funky Bunch’s 1991 hit, “Good Vibrations.”

According to the HPD’s Facebook page, “This is the closest we will ever get to droppin a mixtape, so please check it out.” (They also mentioned that they brought friends from Hampton Fire & Rescue – a sure sign the video is “fire.”)

The NPD posted their lip sync battle video, which got national attention, July 9.