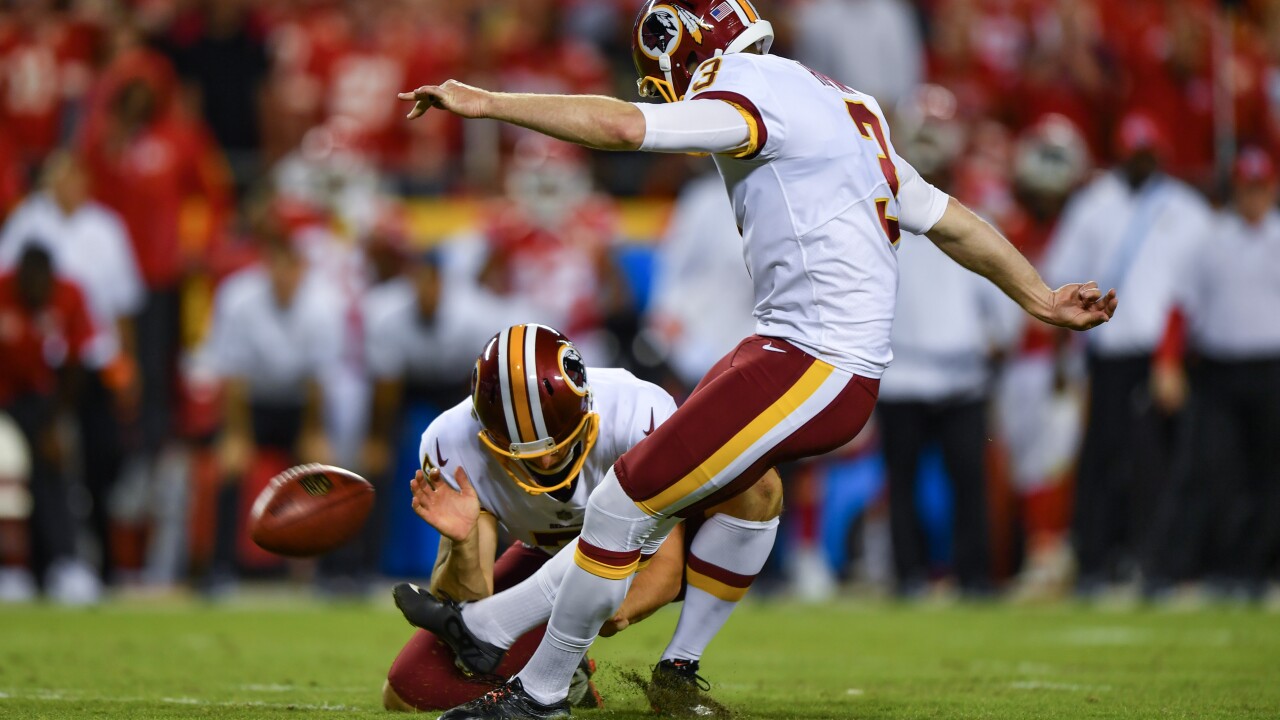 KANSAS CITY, MO – OCTOBER 2: Kicker Dustin Hopkins #3 of the Washington Redskins kicks a field goal during the fourth quarter of the game against the Kansas City Chiefs at Arrowhead Stadium on October 2, 2017 in Kansas City, Missouri. (Photo by Peter Aiken/Getty Images)

LOUDOUN COUNTY, Va.  — Kicker Dustin Hopkins has re-signed with the Washington Redskins the team announced Monday. Washington did not disclose the terms of the contract.

Hopkins, 27 years-old, made 73 of 87 career field goal attempts in three seasons.  83.9 percent success rate, which ranks second in franchise history among kickers with at least 50 tries. His career-long is 54 yards. He’s also made 94.9 percent of extra points, going 93 of 98.

Last season Hopkins made 14 of 17 field goal attempts and all but one of his 19 extra point attempts.

Hopkins missed eight games last season with a strained hip muscle. He was activated off injured reserve for the final three weeks.

Redskins’ Ryan Kerrigan is married, crushing the hearts of some female fans