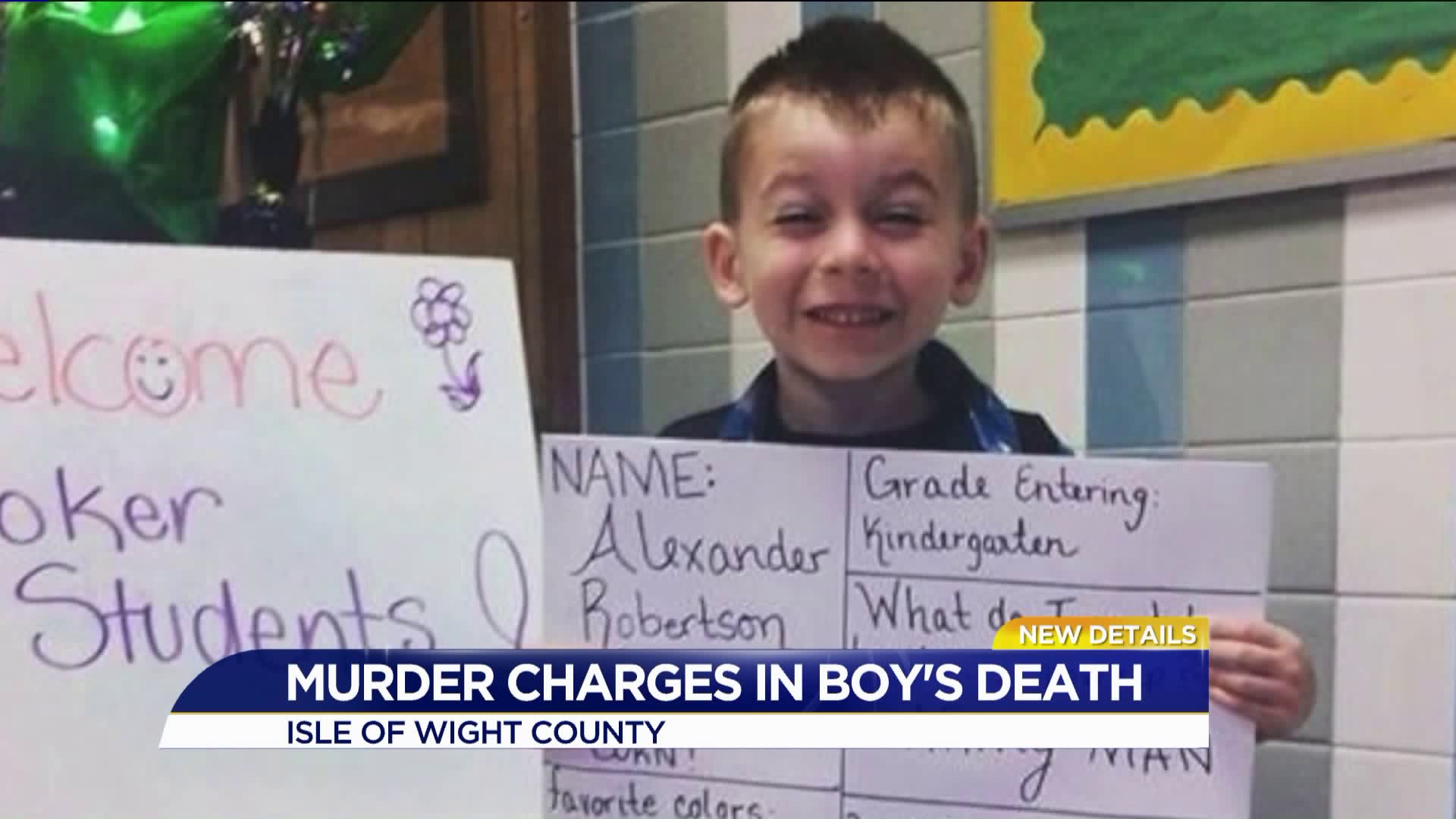 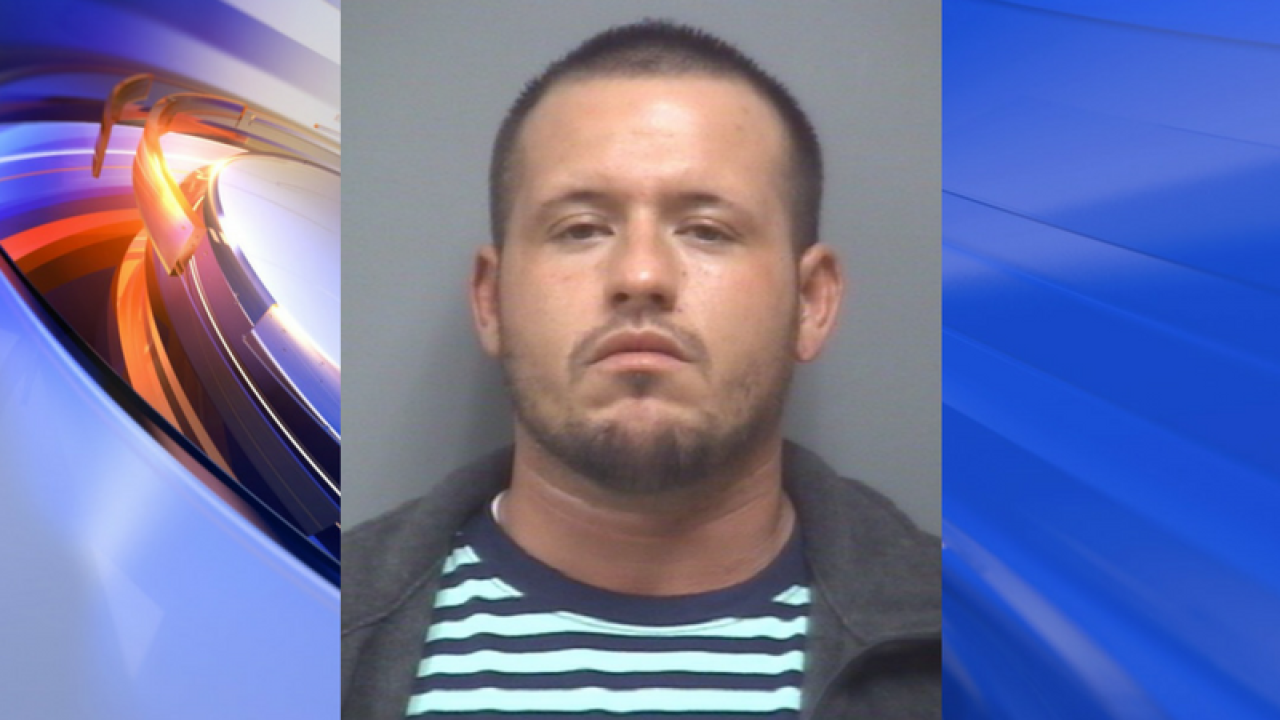 ISLE OF WIGHT COUNTY, Va. - A second person has been charged in connection with second degree murder in the death of 5-year-old Alexander Levi Robertson, the Isle of Wight County Sheriff’s Office announced Tuesday.

Justin Cox, 33,  was previously arrested and charged with child endangerment. After further investigation, Cox has been charged with second-degree murder.

"In the early stages of the investigations it was not thought that Cox inflicted physical harm to the child," said Lt. T. Potter. "However, after executing several search warrants and continued investigation it is now believed that Justin Cox’s actions played a direct role into the death of Robertson."

Cox will be arraigned in the Isle of Wight Juvenile and Domestic Relations court after being processed at the Sheriff's Office.

Cox is the boyfriend of the boy's mother, Jaye Hadley, who has also been charged with second-degree murder. Previously, Hadley was arrested on charges of child abuse and aggravated malicious wounding.

Deputies were called to a house on Yellow Hammer Road in Zuni on January 8 for an unresponsive child. Robertson was flown to CHKD and stayed hooked up to life support until passing away from his injuries on January 17.

As 5-year-old fights for his life, man charged with child neglect faces judge