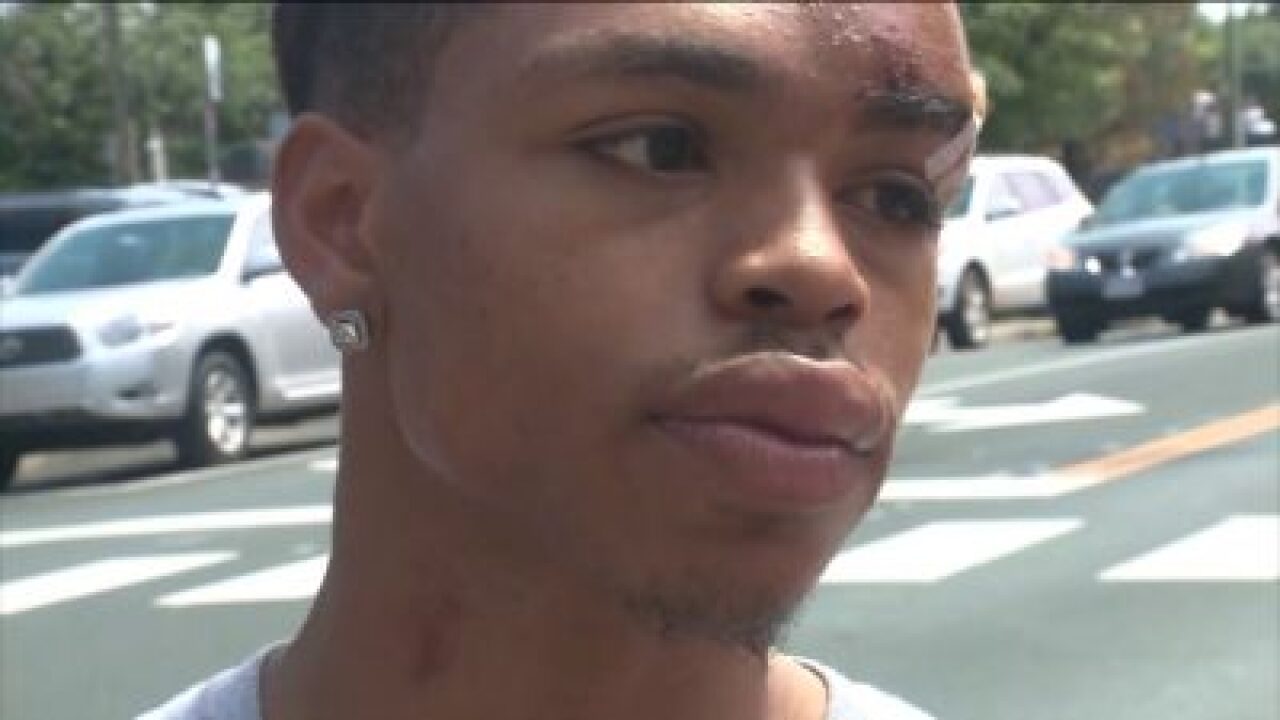 CHARLOTTESVILLE, Va. – Deandre Harris of Suffolk was arrested and charged with unlawful wounding, according to CBS19 News.

Warrants had been issued earlier this week for Harris, which stemmed from an altercation at the Market St. parking garage in Charlottesville on the day of the “Unite the Right” rally.

The victim reportedly went to the magistrate’s office to try and obtain the warrant against Harris after presenting officials with his account of what happened during the incident.

CBS19 reports that Charlottesville Police Department detained Harris after he turned himself in at 8:30 a.m. Thursday.

He was taken before a magistrate and released on an unsecured bond.

Harris will be in Charlottesville General District Court for a hearing on Friday morning.

Suffolk native says he was beaten during Charlottesville violence