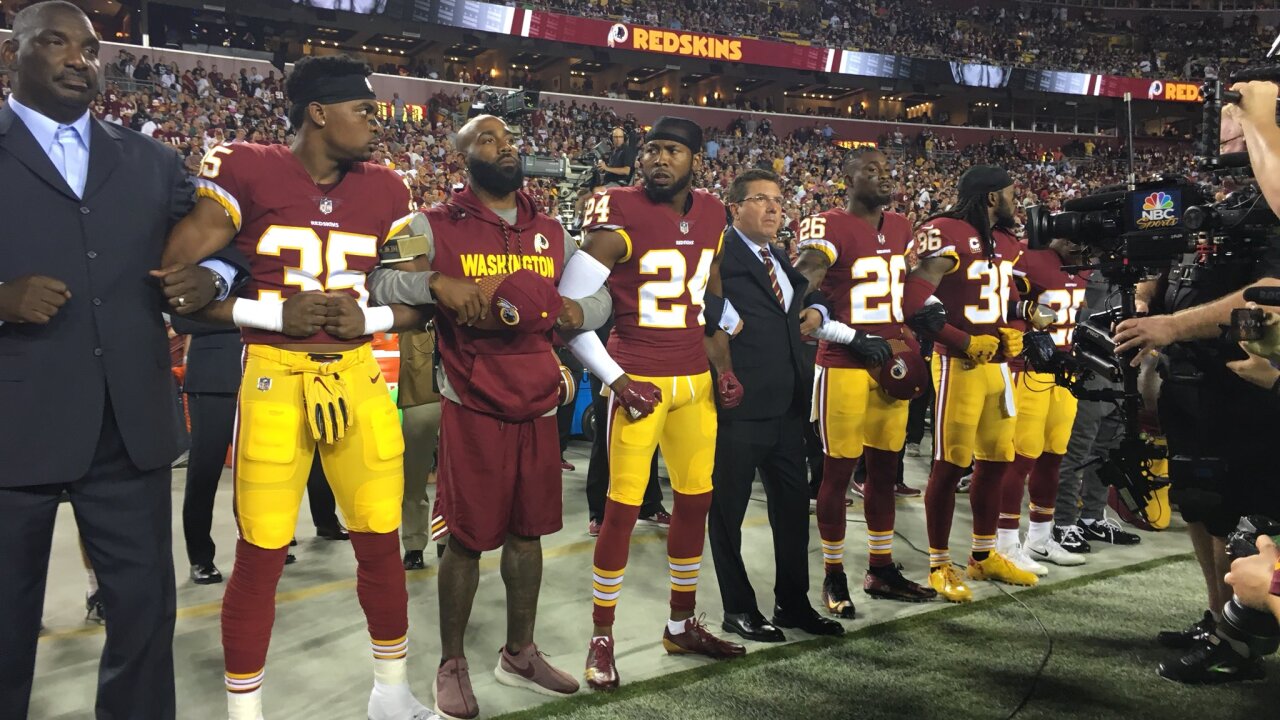 LANDOVER, Md. – Prior to Sunday’s game vs. Oakland at FedEx Field, several Redskins players (including Josh Docton, Jamison Crowder, Niles Paul, Ryan Anderson) took a knee as players and executives locked arms/held hands on the sideline during the national anthem.

“Football has always served as the great unifier, bringing people together to celebrate the values of courage, commitment and achievement,” the unsigned statement read. “We are proud of the players, coaches and fans of the Washington Redskins for all that they have done to improve the lives of others in neighborhoods all across our region. We are also grateful for the sacrifices made by the brave men and women of our armed forces that have provided us the freedom to play football. In that great tradition, the Washington Redskins will work to address divisions and bring unity, civility and respect to our greater community.”

A statement from the Washington Redskins. pic.twitter.com/GsCMfWTZ7T

The tweet came the morning after Trump took on two of the country’s most popular sports leagues by withdrawing the White House invitation for the NBA champion Golden State Warriors and by calling for NFL owners to fire any “son of a b****” who “disrespects our flag.”

Players and league officials, including NFL Commissioner Roger Goodell and Cleveland Cavaliers star LeBron James, took issue with Trump’s remarks. Even singer Stevie Wonder had something to say, taking a knee at one of his concerts.